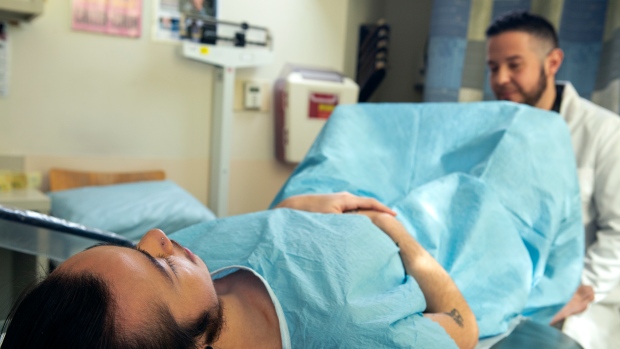 TORONTO — Young adults who engage in sex work say they face significant barriers when trying to access sexual and reproductive health services, according to a new study co-lead by researchers at the University of Toronto and Planned Parenthood.

The findings indicate that workers in the sex trade aged 18 to 29 in Toronto, Ont. experience ongoing stigma and discrimination on the part of providers, which for some has created a barrier to accessing health care.

Those who participated in the study say they have encountered providers who had a limited understanding about sex work and how it impacts a person’s health and daily life. Participants noted that some health care providers also held stigmatizing ideas about sex work, which made it uncomfortable for workers to disclose their involvement in the sex trade and receive proper care.

Of the 54 respondents, 44 per cent said they never disclose their involvement in the sex trade to health care providers, meanwhile only 15 per cent reported having a regular source of health care.

Participants say that provider-related stigma manifests in a variety of ways, including condescending attitudes, refusal to take patients’ self-reported sexual and reproductive needs seriously and trying to convince patients to leave the sex trade.

“People who do sex work are extremely knowledgeable about their bodies, and about the health risks that are involved in their work,” Lori Ross, professor at the University of Toronto’s Dalla Lana School of Public Health told CTV News in an interview. “There’s a lot of agency and expertise there that I think needs to be respected by health care providers.”

Ross says the study’s participants often felt that their health concerns and their own knowledge about their bodies weren’t taken seriously. She also noted that young adults who engage in sex work are particularly at risk for HIV and other infections. If those health concerns are not addressed early on, they can lead to long-term health implications, she says.

To improve the delivery of health care services, participants recommended additional education and training for providers to become familiar with the social realities of the sex trade and to learn how to adopt a non-judgmental approach to working with sex workers.

Participants also suggested that health service providers publicly voice their position on sex work and to recruit staff and volunteers with related-experience.

“In a lot of other healthcare settings, we do have people with lived experience involved, such as peer workers,” Ross said. “Folks are asking for something similar where people who have experienced sex work are involved in their care in some capacity.”