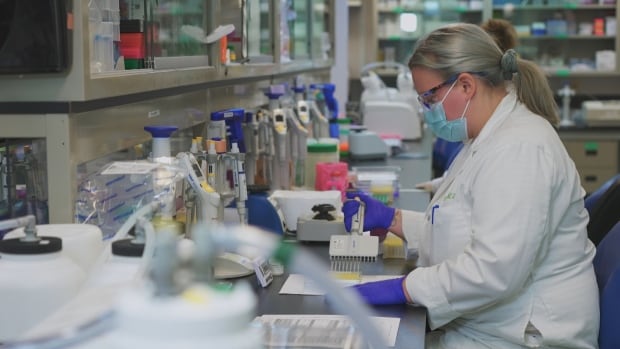 The World Health Organization has decided not to accept Quebec’s Medicago COVID-19 vaccine for emergency use, citing the company’s ties to big tobacco.

The decision was anticipated, as the WHO paused the process for pre-qualification of the company’s new Covifenz shot last week. Marlboro cigarette manufacturer, Philip Morris International, is a shareholder of the Quebec City-based company.

In a statement to CBC News on Friday, the WHO said the company’s request for emergency use listing of its vaccine was not accepted, effectively keeping it out of the COVID-19 Vaccines Global Access (COVAX) program, a global vaccine-sharing initiative.

Medicago says it received an email with WHO’s “preliminary decision” and is awaiting additional information, at which point the company will discuss next steps with its partners and shareholders to get the vaccine to market.

“It is our understanding that this decision is linked to Medicago’s minority shareholder and not the demonstrated safety and efficacy profile of our COVID-19 vaccine,” said president and CEO Takashi Nagao in a statement Friday.

Philip Morris Investments, a subsidiary of the tobacco giant, currently holds approximately 21 per cent of the company’s shares.

The WHO said it is currently exploring different policy options for potentially valid health products that are linked to the tobacco industry and “will come to a decision soon.”

This means Medicago could still be considered for emergency use listing, as well as other products in the future, the WHO said.

‘There will be a solution’

In an interview on Thursday, Innovation Minister François-Philippe Champagne said the federal government is working with Medicago to find a solution “because we want that vaccine to be available for the world.”

Champagne said the company is aware that its involvement with the tobacco industry presents a problem, and implied it was talking to Phillip Morris about it divesting.

“The shareholding […] is something we are going to try to work with the company,” he said. “There will be a solution.”

The Canadian government invested $173 million into the company in 2020 to help it develop the vaccine and develop its production facility in Quebec. It also signed a deal to buy 20 million doses of the vaccine, with an option for 56 million more.

Canada is so far the only country to approve the shot, which is expected to be made available to the public in May.

Clinical trials have shown the vaccine’s overall efficacy rate against all virus variants studied was 71 per cent. The Omicron variant was not circulating widely when the trials were conducted.

The vaccine was approved for use by Health Canada in February for adults 18 to 64 years of age.

The WHO’s decision comes “at a bit of a cost” in regard to Canada’s ability to meet its international vaccine donation commitments, according to Montreal infectious disease specialist Dr. Matthew Oughton.

“Without WHO approval, it will be much more difficult to deliver the vaccines in low- and middle-income countries,” he said, noting some 85 per cent of these populations have yet to receive even a single dose of a vaccine.

Medicago, the only plant-based COVID-19 vaccine approved for use in Canada, would add another 20 million doses to the COVAX alliance.

“Medicago’s vaccine is reliable and effective. We can be proud of it!” a statement reads. The spokesperson for the minister did say, however, that it is up to Medicago to take steps to have it approved worldwide.