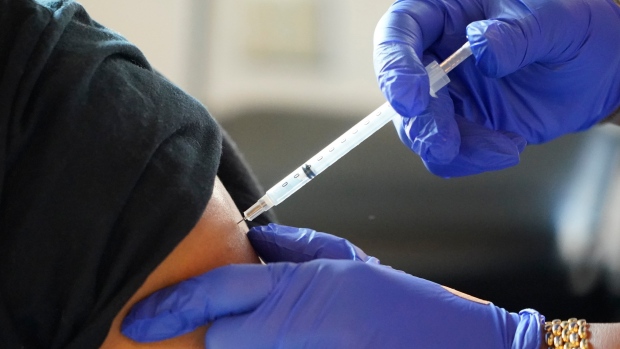 As more transmissible COVID-19 variants continue to emerge and experts warn of the potential for waning effectiveness of vaccines against severe disease, health officials are advising provinces and territories to begin rolling out fourth doses, or second booster shots, to Canadians.

Canada’s National Advisory Committee on Immunization (NACI) recommended on April 5 that provinces and territories get ready to offer fourth doses of COVID-19 vaccines in the coming weeks, starting with people over the age of 80 and long-term care residents.

NACI also advised that a second booster be offered to people between 70 and 79 years of age, and to people from First Nations, Metis and Inuit communities, roughly six months after receiving their first booster shots.

However, several provinces have already started offering a fourth dose to higher-risk groups with plans to expand eligibility soon. CTVNews.ca takes a look at where in Canada second booster shots are being offered and to whom.

British Columbia is offering a fourth dose of COVID-19 vaccines to seniors, starting with residents of long-term care and assisted-living homes, six months after receiving their third shot.

People over age 70 in the community, Indigenous people 55 and up and those who are clinically extremely vulnerable will also be included in a vaccination campaign that will ramp up through the spring.

In Alberta, those who are immunocompromised and over age 12 are eligible to receive a second booster shot, but must wait at least five months after receiving their third dose.

A second booster is also available for immunocompromised individuals who fall into these categories three months after their first booster.

In Manitoba, youth and adults (anyone over the age of 12) who are moderately to severely immunocompromised are advised to consider a fourth shot of the COVID-19 vaccine. This includes cancer patients receiving chemotherapy, organ transplant recipients, as well as those taking medications that affect the immune system.

The province recommends residents aged 50 and older and individuals aged 18 and older who live in a First Nations community receive the fourth jab five months after their last dose. All other youth and adults who are currently eligible are advised to get a fourth shot six months after the third dose.

Ontario residents aged 60 and older will be eligible for a fourth COVID-19 vaccine dose starting April 7. The province says First Nations, Inuit and Metis people and their non-Indigenous household members aged 18 and above will also be eligible for a second booster shot at that time.

Second booster doses are being offered to these individuals at a recommended interval of five months after having receiving their first booster.

Fourth doses are already available to long-term care and retirement home residents as well as immunocompromised people in Ontario.

Quebec residents who are 70 and older will be eligible for a second booster shot on April 6, and those aged 60 and older will qualify as of April 7. Those looking to get the additional shot will need to wait at least three months after their previous dose.

Quebec has already opened access to fourth doses to those living in long-term care homes, people 80 and older in the community and others deemed to be at high risk.

In New Brunswick, fourth doses are currently only available and recommended for immunocompromised individuals aged 12 and older at least five months after their third dose.

Nova Scotia seniors aged 80 and older, nursing home residents, and seniors living in group settings will soon be eligible for a fourth dose of vaccine to help reduce the impact of COVID-19, with more details on the rollout expected in the coming days.

Currently, only those over the age of 12 who are immunocompromised are eligible to receive a fourth dose 168 days after their third shot.

Certain individuals aged 12 and over who are immunocompromised may qualify for a fourth dose in Prince Edward Island three months after completing their three-dose primary vaccine series.

Individuals who are eligible for a fourth dose will be required to provide a letter from their health-care provider confirming their eligibility, or a copy of a prescription for a qualifying immunosuppressant medication.

Newfoundland and Labrador currently offers a fourth dose for immunocompromised residents aged 12 and older at least 22 weeks after receiving their third dose.

The territory has not yet issued guidance or eligibility for second booster shots.

The Northwest Territories recommends immunocompromised individuals aged 12 and older, as well as an individuals over the age of 80 get a second booster shot six months following their third dose.

Residents who are aged 60 years and older living in long-term care facilities or other congregate settings are also eligible for a fourth shot.

The territory has not yet issued guidance or eligibility for second booster shots.