In February 2020, the largest COVID-19 outbreak outside of China’s borders wasn’t in a neighbouring country or a crowded urban centre.

It was on a cruise ship: the Diamond Princess.

The ship’s passengers had been enjoying a luxury vacation on this immaculate, floating mini-city — at first, blissfully unaware of the invisible threat, then abruptly locked in their cabins for quarantine. As The Covid Cruise, a documentary from The Nature of Things shows, it quickly became a nightmare for some of the 3,700 passengers and crew onboard.

“The Diamond Princess was different than other outbreaks because we were playing catch up,” says Dr. Michael Callahan in the film. “The disease was clearly rolling ahead of us and there was a huge percentage of patients that were infected that had [yet] to become symptomatic.”

The Diamond Princess found itself in the unfortunate circumstance of providing a critical case study of the novel virus — in fact, the ship’s outbreak was examined by epidemiologists around the world.

The Covid Cruise interviews experts, journalists, passengers and crew members about the deadly, unprecedented pandemic aboard the ship. Here’s what was learned.

Thousands of people in close quarters is an ideal environment for potential infection spread.

“The cruise ships provided the natural experiment where we got to see how the virus would propagate very quickly,” says Callahan, an expert from the Division of Infectious Diseases at Massachusetts General Hospital and Harvard Medical School.

“Any droplet that’s expelled by somebody talking or coughing can be suspended in the air and someone who’s vulnerable, oftentimes elderly, might walk into that droplet cloud within five to 10 minutes and become infected.” 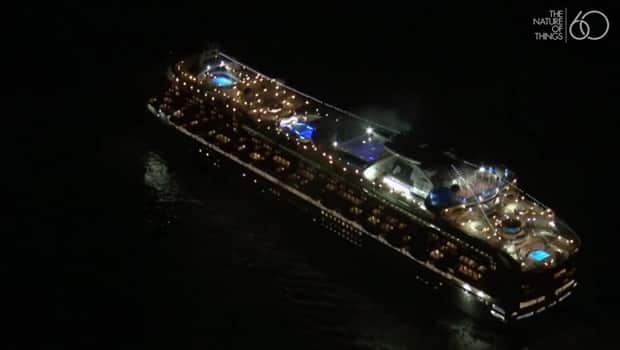 Passengers describe the mood on the ship when the Captain came over the intercom during one of the final celebratory meals to announce a passenger had tested positive for Covid-19. For many, the partying continued. 1:11

According to an industry association, cruise ship passengers have a median age of 60 to 69 years old, and another 14 per cent of passengers are over 70 — a demographic that can be more vulnerable to COVID-19. And air quality aboard a ship, Callahan says, is particularly hospitable for a virus to spread.

“Cruise ships are perfect environments to protect fragile viruses from the natural forces that destroy them, such as ultraviolet light, sunshine,” he says. “The air quality is perfect for coronaviruses in particular — they like it dry and they like it air conditioned (…) So those staterooms on the cruise ships are ideal environments to keep those viruses alive for potentially a couple days, whereas in an outside environment, they might not last tens of minutes.”

The Diamond Princess went into lockdown to cut COVID-19’s spread, but it was clear there was no similar plan in place for crew members, says magazine journalist Lauren Smiley.

“The crew had to continue being service workers for the passengers, who themselves were quarantining in their rooms,” she says. “The crew continued delivering their meals, taking their linens, distributing their medicines.”

According to a study posted by the Centers for Disease Control and Prevention, three-quarters of confirmed cases among crew members had worked in food service. But it appears as though the virus was spread through close contact — infected crew and passengers — infecting others while confined to their rooms, something we have seen more recently in old-age homes or close quarters.

“They become a vehicle for the spread of the very illness that you’re trying to prevent,” says Ross Klein, a professor at Memorial University of Newfoundland and industry expert on the cruise ship industry. “If you had an absolute quarantine, then the question becomes: who’s going to run the [ship]? Who’s going to provide food?” 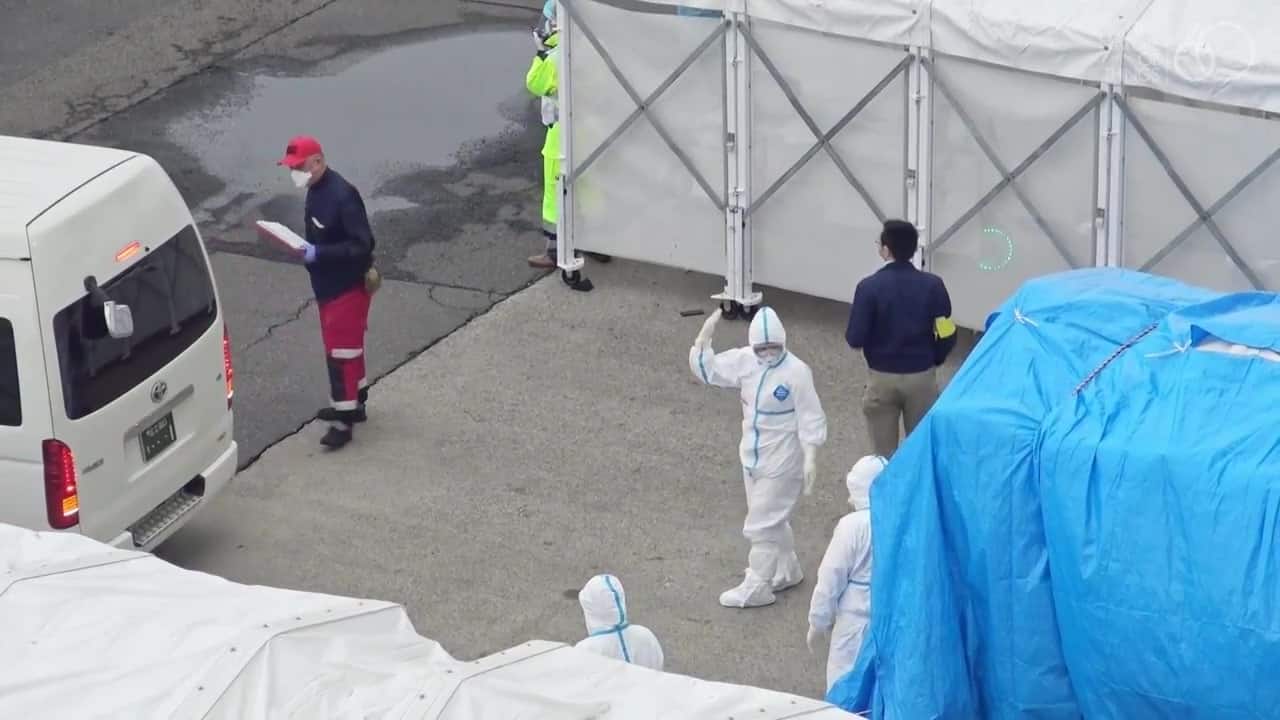 Government officials, crew — nobody was prepared

Kentaro Iwata, professor of infectious disease at Kobe University, says “zoning” would have been a critical measure against a virus outbreak: confirmed cases should stay in a red zone, and healthy passengers in a green zone. There should be no cross-contamination between the two, and personal protective equipment (PPE) is mandatory in a red zone.

But when Iwata boarded the Diamond Princess, he saw government officials touring around the ship without PPE.

“A lot of bureaucrats, they were just going back and forth,” he says, “back and forth between the green zone and red zone, without having appropriate protections. This is an unthinkable thing for the infection prevention specialists.”

Most of the [crises] that we’ve been taught to deal with is a ship sinking, pirates are coming on and off, so all those sorts of stuff,” she says. “But a virus, that was something that we never heard of, so we didn’t know what to do.

Crew were assigned to enforce the quarantine, as well as clean and disinfect common areas. Beyond that, says crew member Sonali Thakkar, they were unprepared for a pandemic of this magnitude.

“Most of the [crises] that we’ve been taught to deal with is a ship sinking, pirates are coming on and off, so all those sorts of stuff,” she says. “But a virus, that was something that we never heard of, so we didn’t know what to do.”

Although experts called the Diamond Princess’ quarantine measures “doomed” and “flawed,” a later study suggested some success: the isolation and quarantine procedures onboard actually prevented 2,307 cases. But the same study notes that, had passengers and crew been evacuated from the ship much earlier in the outbreak, many more cases could have been averted.

For a novel virus —”We were learning about this disease on the fly,” Callahan points out — it seems the worst case scenario had been avoided.

Watch The Covid Cruise on The Nature of Things.