It’s not unusual for any journalist who pushes stories and topics with a degree of zeal to apologize from time to time for mistakes that get on the air.

But I need to say I’m sorry to two brothers named Mitch and Gary for something that happened off the air.

You see, Mitch is a cool, slender dude with long hair (probably the hairiest man I have ever interviewed) and he often wears dark sunglasses.

I should say was addicted, but I don’t think he believes the past tense applies to his condition because temptation lurks. We’ll get to Gary.

The reason I owe both of them an apology — and this is difficult for me to admit — is because, before I knew Mitch and Gary,  if I had seen either of them in downtown St. John’s, I might have crossed the street to avoid him.

Chances are, you can relate. Too many of us want to avoid people who look like Mitch and Gary. We judge them before we even hear them speak.

I met Mitch Ghaney through a lengthy letter he wrote to a local politician in St. John’s.

Someone who believes the drug problem in Newfoundland and Labrador is far more serious than many of us want to admit leaked the letter to me.

WATCH | Mitch Ghaney tells Anthony Germain why he was so motivated to help his brother: 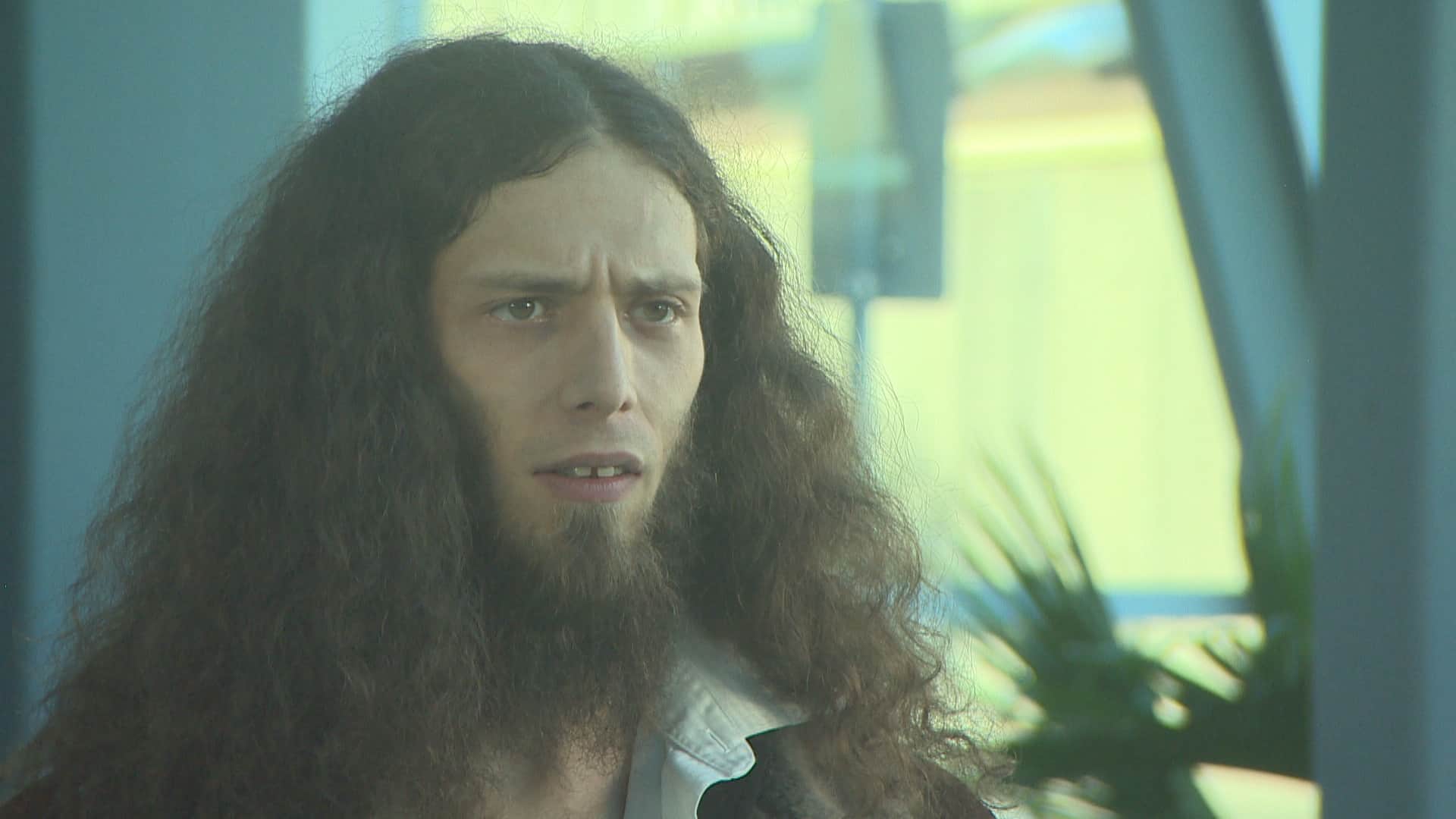 In the first of a two-part series, Anthony Germain speaks with Mitch Ghaney and what motivated him to advocate for his addicted brother, Gary Peddle 8:57

Mitch’s letter is extraordinary. The writing is captivating, and the topic is his older brother, Gary Peddle, whom he describes as a “beautiful thief.”

“He was a troublemaker, a thief (but never a robber), and a fighter. He has a beautiful soul, a kind heart. Always looking to spread joy, to help out even if he was misguided or wrong, his intentions outside of getting high were to spread love, share knowledge, and to help those who couldn’t help themselves. He couldn’t see that he was one of those people. That he needed help. Addiction hides these thoughts of self preservation. They threaten the next hit.”

After reading the letter, I had to meet its author. I tracked him down, and Mitch agreed to meet with me for a chat. I’m not sure who I was expecting, but the hirsute musician who opened the door did not fit any description of the eloquent scribe my mind had conjured.

Mitch’s diction, his use of sharp imagery, his vulnerability and — most importantly — his raw honesty told me I had the makings of what could be a great interview.

“So,” I asked, “what are the chances Gary might join us?”

Several days later the phone rang. It was Mitch. Gary was interested.

You’d think having misjudged Mitch, I might have learned by the time I met Gary.

Gary is 41. I arranged to meet him near a gas station because we wanted some video of him walking around the neighbourhood. He used to do drugs inside the gas station’s bathroom.

He’s an affable fellow, but Gary has racked up a total of six years behind bars in a variety of jails and prisons for non-violent crimes. His pattern involved stealing things to get money to pay for his drugs.

Gary smokes, he vapes, and he needs better dentistry.

As journalists, we do background research, double-check facts and talk to people we intend to interview. We try to be fair and put aside personal opinions.

But, there are cognitive biases that affect all of us and sometimes, try as we might, those niggling presumptions stick around.

Putting that self-serving justification aside, here’s what happened: When the day came to set up the cameras for an interview, I was confident in Mitch but doubted Gary would be coherent or illuminating because of his troubles with addiction. I almost decided to only interview Mitch.

That would have been a regrettable mistake.

For passion, clarity and forthrightness, Gary was every bit as lucid, articulate and honest as Mitch. Videographers Eddy Kennedy and Bruce Tilley and I exchanged surprised glances because none of us were prepared for Gary’s expressive story-telling power. 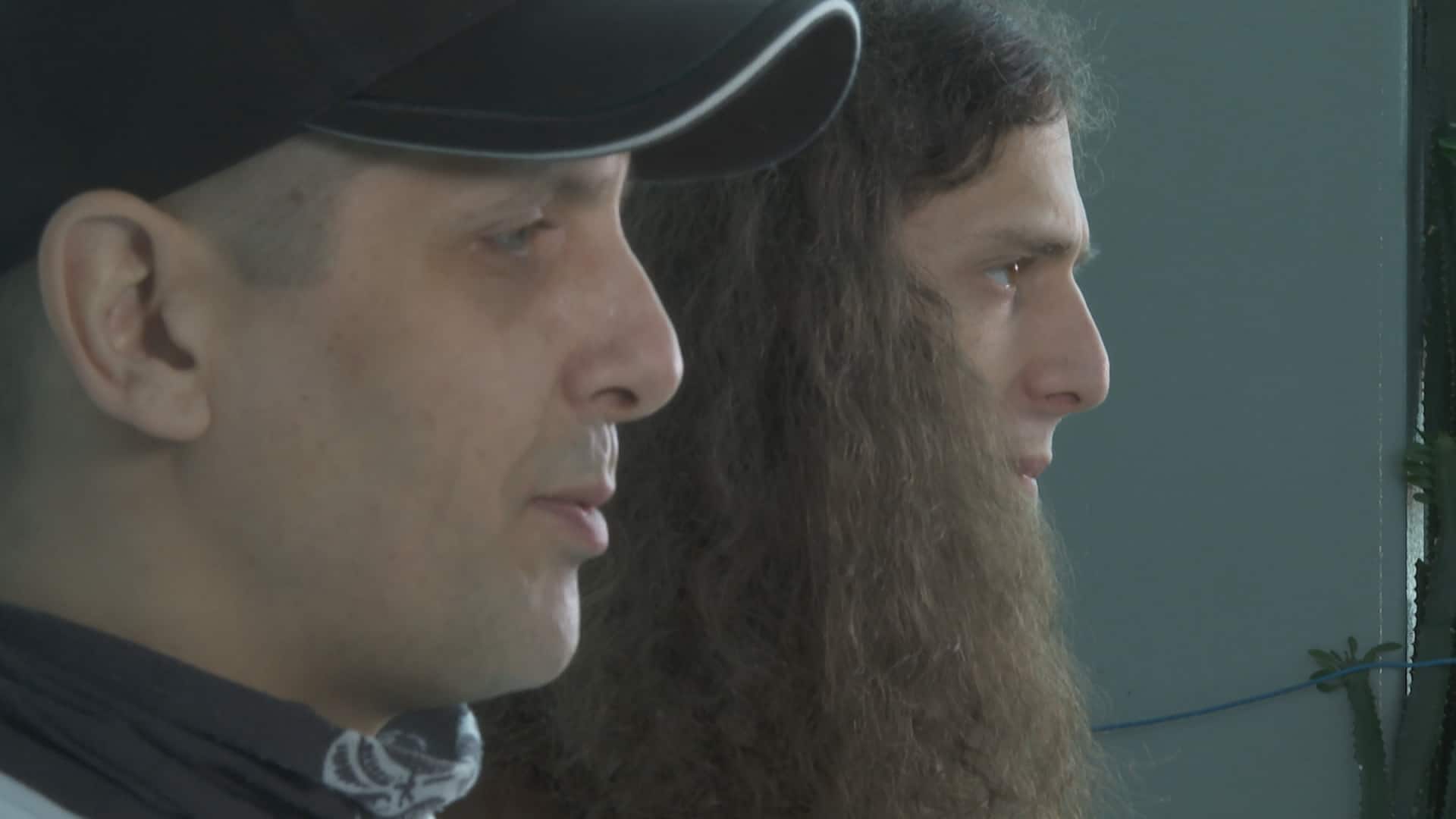 In the second part of an extensive interview, Anthony Germain speaks with Gary Peddle about his drug addiction, and with his brother, Mitch Ghaney, who has spoken up on his behalf. 10:12

Here’s Gary on withdrawal: “It’s like having a fire and an ice chunk inside you and both of them are fighting with each other constantly … and all this time you know if you get a drug it will all go away.”

And why he agreed to the interview: “I just want people to know that people who are addicted to drugs aren’t animals, they’re not bad people, they’re just sick people. They need help.

“Don’t send them to jail. Send them somewhere they can get help. Jail’s not the answer.”

If you haven’t seen the interviews, I invite you to click on both of them here in this article. I think what you’ll see are two brothers willing to reveal an awkward degree of vulnerability because they want us all to think about the drug situation in our community, in our country.

We are spending millions of dollars locking up people like Gary who — don’t get me wrong — despite being non-violent, are still responsible for making a lot of people miserable.

Gary admits it, Mitch knows it, and Gary has to live with it.

Too many of us don’t want to see the Garys in our world. It’s a cliche in action: out of sight is out of mind.

After spending time with Gary and Mitch at this time of year, I found myself thinking a lot of us are a bit like Scrooge in A Christmas Carol, before his transformation. You know the scene, where he’s asked to help less fortunate people.

In the Christmas classic, Scrooge’s answer is society’s answer to people like Gary.

“Are there no prisons?” Scrooge asks.

Charles Dickens wrote those words not long before the St. John’s jail, Her Majesty’s Penitentiary was built.

‘Just lock ’em up’ is a Victorian sentiment that is not yet outdated.

Mitch and Gary agreed to go on camera because they want to change that kind of thinking.

And so, while I wrote this article to say I’m sorry for prejudging them, I also wrote it to thank them for changing my way of thinking.

Please open your mind and click on the videos embedded in this article and see what you make of Mitch and Gary.

Anthony Germain is co-host of CBC TV’s Here & Now. Anthony will be taking a leave of absence in the New Year to pursue an academic opportunity. He will return to CBC Newfoundland and Labrador towards the end of April.

‘You don’t want to fall into that three per cent category’: Toronto ICU doctor reflects on year of treating COVID-19 patients

‘Check it twice’: Daughter baffled after her mother receives Moderna and Pfizer vaccines

Should governments name workplaces that have COVID-19 outbreaks? The pros and cons according to experts