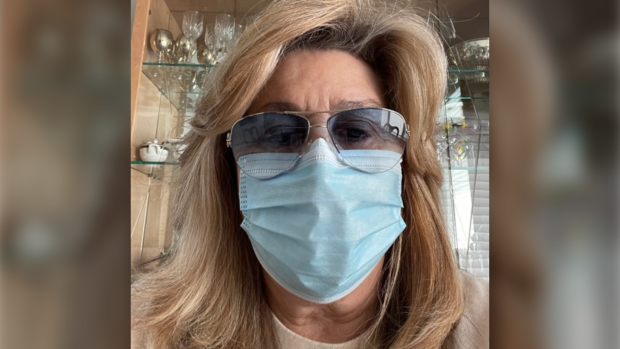 TORONTO — Frances Novack is sure she would die if she contracted COVID-19.

The 68-year-old isn’t just of an age where risk of severe infection increases exponentially. The Toronto resident has Stage 4 lung cancer. In the last three years, Novack has undergone 45 chemotherapy treatments and several rounds of stereotactic radiosurgery, a form of high-dose radiation. She’s had two brain tumours and a lobe in her lungs removed.

She receives daily care from a personal support worker, and has a nurse visit three times a week. Neither have received the Pfizer or Moderna vaccine yet either.

“If I got COVID, I wouldn’t survive it,” Novack told CTVNews.ca over the phone Wednesday. “Not with the way [infection can result in] trouble breathing.”

Novack and others like her in high-risk groups feel left behind in Canada’s mass vaccination campaign. Meanwhile, healthier, lower-risk individuals, including health-care PR executives and young hospital employees on leave, have received at least one dose of available vaccines. Instances of so-called “queue-jumping” have been making headlines all month. Last weekend, police charged a 55-year-old man and 32-year-old woman from B.C. after they chartered a plane to the Yukon to get the jab.

“When you do bad things bad things happen to you. That’s something I’ve noticed in life,” said 87-year-old Marlene Clarke of the news.

According to federal guidelines developed by the National Advisory Committee on Immunization, Clarke should be part of the current initial “Stage 1” rollout of vaccines, which NACI suggested should include people over 70, beginning with adults over 80 and “decreasing the age limit by 5-year increments” as vaccine supply becomes available.

“I want to be vaccinated before I die,” Clarke told CTVNews.ca Wednesday.

The 87-year-old lives alone in a condominium in Schomberg, Ont., where she goes outdoors just once a week for essential items. She recognizes that health-care workers and residents of long-term care homes should be first to receive the shot, but hopes she can get one before she makes her biggest trip outside in months — a move to New Brunswick to be closer to family.

Each province has determined its own priority framework based on the national guidelines, though some are following the federal recommendations more closely than others. In New Brunswick, where Clarke plans to move this year, workers are already vaccinating “older New Brunswickers” as part of Stage 1, which began in December.

In Ontario, senior citizens like Clarke, who live in the community and not in long-term-care or retirement homes, won’t start getting shots until March at the earliest. That’s when Phase 2 of the province’s vaccination campaign was planned to begin, but after shipments of the Pfizer-BioNTech vaccine were significantly cut this month, it’s unclear if that timeline is likely.

“Your postal code shouldn’t determine the kind of health care you get,” he told CTVNews.ca over the phone on Wednesday. “CARP thinks there should be a single delivery of health service across the country.”

Instead, in some provinces the vaccines are shipped to hospital networks and dispersed from there. In others, the shots are going to long-term care facilities first and dispersed elsewhere from there.

At 68 years old, Novack doesn’t fit within the federal guidelines for Stage 1, but could fall under Ontario’s Phase 2 framework that includes “individuals with high-risk chronic conditions and their caregivers.” She’s doubtful that will begin in March.

While the Pfizer shipments are reduced, provinces have been forced to retool vaccination plans and prolong wait times between first and second doses and, in some cases, turn people away from their first. In the meantime, the Canadian government is scrambling to secure smaller syringes that could pull six doses out of each Pfizer vial instead of five.

The delays at home have driven some Canadians to seek vaccination elsewhere, such as U.S. states, including Florida. Novack even has friends who have flown to the U.S. to get a shot. Though she won’t personally risk the flight or a month-long stay south of the border to get both doses, she believes she should be higher up on the list to get the vaccine in her own country.

“Mentally it would give me tremendous assurance,” she said of the shot. “I would feel more confident. I have enough to deal with with cancer and everything else.”