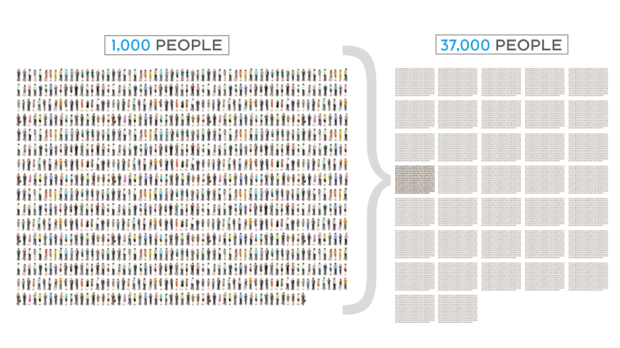 The first reported COVID-19 death in Canada — a man in his 80s who died in a North Vancouver care home — occurred two days before it was publicly announced on March 9, 2020.

Since then, there have been three distinct waves of deaths caused by the virus in the country: April and May of 2020, December and January of 2020/2021, and January and February of 2022.

Scroll down in our visualization below of COVID-19 deaths in Canada, and you can see death rates went on a steady decline after the second wave – reaching a low of about 600 deaths during the months of July and August of 2021.

But continue scrolling, and the numbers rise again – dramatically so – in the winter of 2022. There were approximately 6,300 deaths recorded in January and February of this year, long after the majority of the population had been vaccinated. In fact, the current death rate from COVID-19 is reaching levels we haven’t seen since the second wave.

The single-day high of recorded deaths also occurred this year, when provinces and territories reported a total of 231 people dead on Jan. 26, 2022.