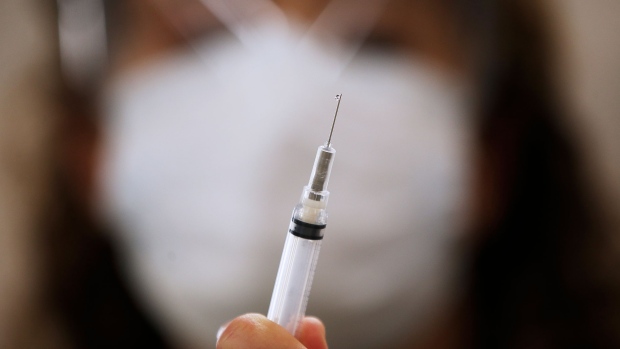 Canada’s COVID-19 vaccine rollout hit its three-week mark this week, and while Phase 1 of distribution will likely extend for another three months, those eager for immunization may already be wondering when their turn will come — and how they’ll find out about it.

Dr. Maxwell Smith, a bioethicist at Western University and a member of Ontario’s COVID vaccine task force, says the province is still trying to figure out those questions.

The rest of the country seems to be in a similar boat, with few details set in stone from other provinces at this point.

Front-line health-care workers, long-term care staff and residents, and some Indigenous populations are among those scheduled to be inoculated during the first phase of the rollout, which began last month and is expected to stretch into March.

From there, the floor will start to open to more seniors, other essential workers both inside and outside the health-care realm, and those with medical conditions that might make them more at-risk of catching COVID.

Smith says there are two components to setting a vaccine timeline — determining which segment of the population should go next, and implementing ways to inform them when their turn is approaching.

Some countries, like Britain, are going by age, inoculating the eldest members of society first and working backwards from there. Smith says that could be seen as an unfair solution, however, if it doesn’t account for younger people with high-risk health conditions.

“We’re really trying at this point to use the best available data and information to identify which groups are at the highest risk of exposure and becoming severely ill or dying from COVID-19, and those working with those populations,” he said.

The logistical side of informing people when they’re next in line may differ from province to province, or from situation to situation, Smith says, and specific details have not been released.

Manitoba says on its website it will use daily “COVID bulletins to inform health-care workers and other Manitobans when they become eligible to be immunized, based on vaccine supply.”

Prince Edward Island’s website says it “will let Islanders know when they can get vaccinated and how they can make an appointment when that information is available.”

Dr. Isaac Bogoch, an infectious disease expert with the University of Toronto who’s also on Ontario’s vaccine task force, says plans are underway to iron out logistics of Phase 2.

As vaccine supply grows, Bogoch says rolling out the inoculation plan will get easier.

Horacio Bach, an adjunct professor of infectious diseases at UBC, says subsequent phases of a rollout will also get easier as more vaccines are approved.

One from Johnson & Johnson, which requires a single dose, has not yet been authorized by Health Canada but could be in the mix by the time Phase 2 begins. Bach says a single-dose vaccine would ease logistics.

“You will see, I’m sure, a percentage of people worldwide that need to get a second dose and they’re not going to get it,” he said. “And they’ll think ‘oh, I have the vaccine, it’s fine.’ And that is wrong.”

Experts say the hope is to have clear details soon on who is eligible for Phase 2 and how they’ll be notified.

Alberta Health Services has created an online immunization booking tool, but says it doesn’t expect vaccines to be available “to the general public” until Phase 3 of the province’s rollout in the fall. The website adds there is currently “no wait lists to join or applications for early immunization consideration.”

British Columbia, meanwhile, says it expects to inoculate anyone recommended to get a vaccine by the end of 2021. The provincial COVID website says a registration and record system, “including a process to register for vaccine access,” is being developed to help organize the process.

The federal government has said it expects to inoculate the majority of its residents by the fall, a timeline Smith believes is realistic as long as Canada receives the amount of dosages it’s expecting, and the country’s vaccine rollout is done efficiently.

“There’s so many uncertainties at this point,” he said. “I wouldn’t want to speculate about precisely when people will get vaccines.”

This report by The Canadian Press was first published Jan. 6, 2021