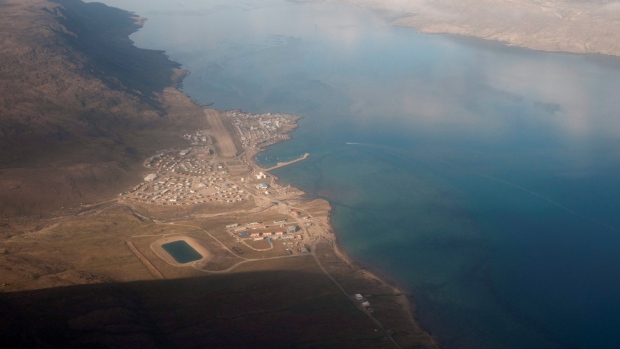 A Nunavut hamlet’s community hall is to be turned into a place for people with tuberculosis to receive treatment for the respiratory disease that continues to disproportionately affect Inuit.

The territory’s Health Department declared a TB outbreak in Pangnirtung, a north Baffin Island community of about 1,500, in November.

Chris Nolan, the territory’s executive director of health for the Baffin region, said there’s been an increase in the community in both active cases and sleeping ones. A person with sleeping TB technically has the disease but has no symptoms.

“We quickly realized we were reaching the capacity of the small health centre,” he said. “It was just becoming unmanageable and really difficult to navigate.”

A spokesman for the department told The Canadian Press he could not share the number of TB cases in Pangnirtung. He said the department would provide an update at a later date, either with the figures or the way it was determined whether to share them.

“Due to the small numbers involved, we are determining an interval to update these numbers publicly that doesn’t put people’s privacy at risk,” he wrote.

Nolan said more health workers were flown to Pangnirtung specifically for the outbreak. The small health centre has two offices and quickly became overcrowded with patients and staff.

“It’s the exact same service that would be offered at the health centre, but it’s now being delivered at the community hall because of space limitations,” he said.

Nolan said the centre could see as many as 30 people come each day to receive TB medication, which would quickly overcrowd the building.

“It isn’t a safe environment for the staff or the clients … We just want to have an environment that’s more open and inviting.”

The department has signed a six-month lease on the community hall, Nolan added. Skin tests for TB are to be done at the hall and medication will also be administered there.

Tuberculosis is a bacterial airborne disease that typically infects the lungs. It has disproportionately affected Inuit for decades.

The hall was supposed to open in early April, Nolan said, but that was temporarily sidetracked after a fire engulfed government offices in Gjoa Haven last week. Administrative staff working on the TB project were redeployed to that community.

“We’re kind of at a standstill at the moment.”

This isn’t the first time the territory has set up projects to deal with TB outbreaks. In 2018, a mass screening for TB was done in Qikiqtarjuaq at its community hall.

At the moment, there is no plan for a community screening for TB in Pangnirtung, Nolan said.

The average annual rate of TB among Inuit is 290 times higher than in Canadian-born, non-Indigenous people, says a 2018 report from the Public Health Agency of Canada.

In 2019, Prime Minister Justin Trudeau apologized to Inuit in Nunavut for the federal government’s mismanagement of TB in the 1940s and 1960s, when hundreds of people were sent to Southern Canada for treatment. Many never returned.

Ottawa has promised to eradicate TB in Inuit communities by 2030.

This report by The Canadian Press was first published April 8, 2022.