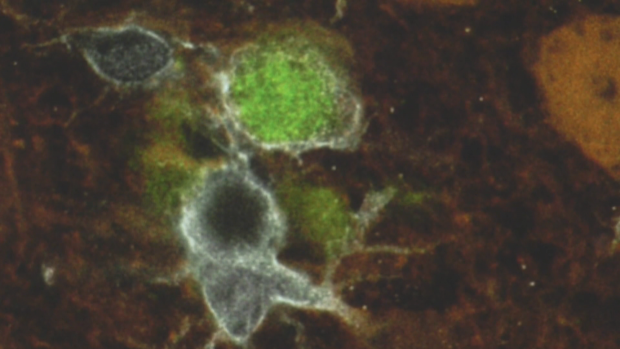 VANCOUVER — New research at UBC is allowing a whole new look at a devastating disease that affects hundreds of thousands of Canadians. Brain cells are being grown in a lab to try and better understand the progression of Alzheimer’s, and hopefully pave the way for new treatments.

The number of people living with the neurodegenerative disease, which destroys brain cells and causes cognitive function and memory to deteriorate, is expected to increase as the population ages.

Assistant professor in neurology Dr. Haakon Nygaard, who also directs UBC Hospital’s clinic for Alzheimer’s disease and related disorders, said researchers are taking blood from patients with the disease and using the stem cells to create brain cells in the lab.

“We’re now able to grow these tissues in a three-dimensional space. They become little brains,” he said. “We can study Alzheimer’s disease in a dish.”

The result is a unique view of the mechanisms leading to the disease, Nygaard said.

“What we hope to see is some early signs of the changes that you see in Alzheimer’s disease,” he said, and added that includes inflammation and plaques that develop in the brain, known as amyloid. “It’s important to make clear that this is almost going back a little bit to the drawing board, and trying to understand fundamental mechanisms that we hope eventually would lead to therapies.”

The research is now being supported by a $3 million donation from three longtime friends and former business partners: Brian Aune, Ken McArthur, and Ken Copland, who met while working for the same investment firm in 1968.

Jonathan Aune, Brian’s son, said the 81-year-old has been now living with Alzheimer’s for many years.

“Watching him go through that is not easy,” Aune said. “He’s not fully aware of how much he’s lost himself, but the people around him, we all do.”

Aune said his father always believed in giving back, and his family has formed The Aune Foundation in order to do so. He added Copland’s wife also has Alzheimer’s, and he believes their donation would make his father proud.

“I think he would be very happy,” he said. “Maybe through them studying this, we can find a way to maybe slow it down, maybe make it somehow more treatable.”

It’s a hope shared by Dr. Nygaard and the research team.

“The ultimate goal is to find something that’s effective either in slowing the disease progress down, or preventing the onset of symptoms,” he said. “We hope that down the road it will be the basis for a new therapeutic approach.”

The university is hosting an online forum showcasing its research on Alzheimer’s disease on May 29th.