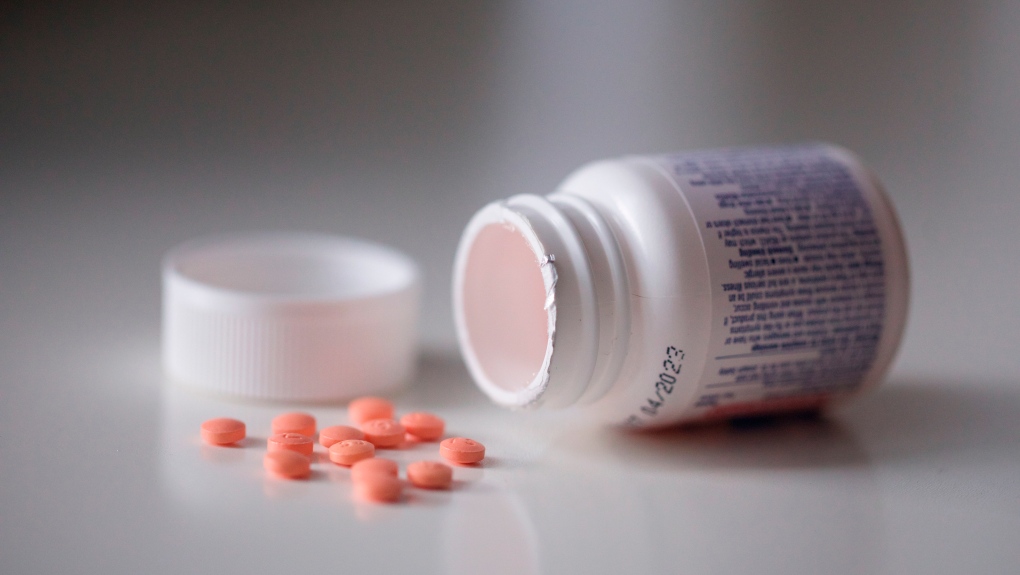 After years of recommending regular aspirin to prevent heart attack and stroke, scientists now see little benefit for most healthy people, and say it may contribute to a risk of bleeding in your stomach or brain that goes up as you get older.

The U.S. Preventive Service Task Force has finalized its latest recommendations on low-dose aspirin regimens and now says people over 60 should not start taking a daily aspirin for primary prevention of heart problems, in most cases.

If you are between 40 and 59 years old, the USPSTF leaves it up to you and your doctor to decide whether you should take a daily aspirin in specific circumstances.

“If you are really healthy, if you’re a healthy 40-year-old with no major risk factors, you will do more harm than good with daily aspirin. Your risk of bleeding will exceed the benefits,” said Dr. Steven Nissen, chair of cardiovascular medicine at Cleveland Clinic, who was not involved in the new guidelines. “People need to understand that aspirin is not a completely benign or innocent therapy.”

But if you’ve had a heart attack, a stroke or other heart or circulation problems and your doctor has put you on daily aspirin, don’t stop taking it — instead, talk with them about what the new recommendations mean for you.

“In secondary prevention, aspirin is important. If you have a stent, if you’ve had a myocardial infarction or a stroke, for all of those people, aspirin works. It provides a modest but definite benefit,” Nissen said.

The USPSTF is a group of independent disease prevention and medical experts from across the country who make recommendations that help guide doctors’ decisions. Their recommendations also affect insurance companies’ reimbursement decisions.

Aspirin works by keeping your body from making certain natural substances that cause pain and swelling. It can also keep your blood from clotting, and that’s why doctors recommended it for years to prevent cardiovascular problems like heart attack or stroke.

According to the recommendations, published Tuesday in JAMA, your doctor might want to consider an aspirin regimen if you are in the 40-to-59 age range and you have a 10% or higher 10-year risk for cardiovascular disease.

This means your chance of having a heart attack or stroke in the next 10 years is higher than normal, based on a calculation that includes factors like age, sex, race, cholesterol levels, blood pressure, medication use, diabetic status and smoking status. According to the task force, a daily aspirin only “has a small net benefit,” for this group specifically.

The basis for the updated recommendations is the task force’s review of several significant randomized clinical trials on low-dose aspirin use, which found an association with a lower risk of myocardial infarction and stroke but not a reduction in mortality. Low-dose aspirin was also associated with increases in the risk of bleeding.

The last time the task force updated these recommendations, in 2016, it suggested that daily aspirin could be of benefit in colorectal cancer prevention. But the updated guidelines say there is limited evidence that it reduces the risk of colorectal cancer risks or mortality from that cancer.

The 2016 guidelines said there was some merit in daily aspirin use for those 50 to 59 who had a 10-year risk of cardiovascular problems higher than 10%, who were expected to live longer than 10 years and who were not at higher risk of bleeding.

The 2016 guidelines also suggested that people 60 to 69 with a 10% or higher cardiovascular risk should make an individual decision about taking a daily aspirin.

Bleeding problems in people without high-risk conditions like peptic ulcer disease, NSAID use or corticosteroid use are rare, the task force notes, but the risk goes up with age. “Modeling data suggest that it may be reasonable to consider stopping aspirin use around age 75 years.”

Cardiovascular disease is the No. 1 killer in the U.S., accounting for more than 1 in 4 deaths, according to the U.S. Centers for Disease Control and Prevention.

“The more data we get, the more we’re seeing that even though the risk of coronary disease and heart attack goes up as you get older, the risk of bleeding seems to be going up even faster,” said Dr. James Cireddu, medical director of the Harrington Heart & Vascular Institute at University Hospitals Bedford Medical Center, who did not work on the guidelines.

These are not the only recommendations about daily aspirin use. The new USPSTF guidelines are now more in line with American College of Cardiology/American Heart Association guidelines and its recommendations for the average person who has never had a cardiac event, according to Dr. Roger Blumenthal, who co-chaired the committee behind the ACC/AHA guidelines.

“When you look at all the studies that have been done recently, it seems that the modest benefit of aspirin and otherwise low-risk individuals is generally negated by the increase in long-term GI problems, bleeding with aspirin,” Blumenthal said. “While we said it could be considered to give aspirin to someone who never had a heart attack or stroke, that should probably be the last of the things on the priority list.”

Aspirin still could have some place in heart health, said Dr. Donald Lloyd-Jones, president of the American Heart Association.

“Aspirin might still make sense in some situations, where we’re not doing as good a job controlling cholesterol, blood pressure, for whatever reason,” Lloyd-Jones said. “Maybe the medications are too expensive or a health system in a country can’t distribute those things, aspirin might continue to make sense, but I think in many situations in this country, where if people have good access to health care and they are taking care of other risk factors, aspirin now makes a lot less sense.”

You can take other steps to help your heart health with just a little effort, said Dr. Roy Buchinsky, director of wellness at University Hospitals in Ohio, who was not involved in the new USPSTF guidelines.

“We always preach that DNA is not your destiny, meaning there are so many things we can do from a lifestyle perspective that can reduce chronic illness and your risk for a heart disease and stroke,” Buchinsky said.

He suggests a good diet with “real food” 90% of the time and 10% “fun food.” Aim for at least 150 minutes of physical activity a week, get plenty of sleep and target stress. Don’t smoke, and keep drinking to a minimum. Medications for cholesterol, diabetes and high blood pressure can also help if needed, but he said it’s even better if a patient doesn’t need them.

“It’s a lot easier to prevent than cure,” Buchinsky said.