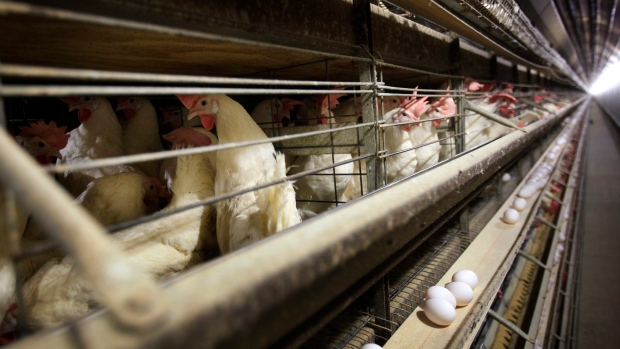 Samples from the flock were tested at the Cornell University Animal Health Diagnostic Center and confirmed at the USDA’s Animal and Plant Health Inspection Service laboratories in Ames, Iowa.

New York state officials have quarantined the site in Suffolk County and birds on the affected properties “will be depopulated to prevent the spread of disease,” said the USDA in a statement, noting that birds from the flock will not enter the food system.

The virus has been detected at commercial turkey farms in southern Indiana, a flock of commercial broiler chickens in Kentucky and a backyard flock of mixed species birds in northern Virginia.

State officials in Indiana confirmed Saturday the virus has been detected in a fourth commercial poultry flock in that state. Officials have begun euthanizing the 15,200 birds at the latest farm to prevent the spread of the disease.

The U.S. Centers for Disease Control says the recent detections of the bird flu do not present an immediate public health concern. No human cases of these viruses have been detected in the U.S., according to the USDA.