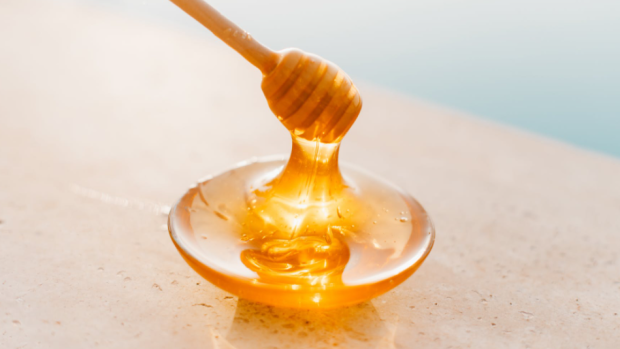 TORONTO — Americans who loves to drizzle a bit of honey in their tea or on their toast for a touch of sweetness may be ingesting small traces of nuclear fallout from atomic bomb testing in the 50s and 60s, according to a new study.

The study, which was published recently in the journal Nature Communications, suggests that elevated levels of a radioactive isotope called cesium-137 are present in locally made honey from across the eastern U.S.

The isotope results from a nuclear reaction of uranium and plutonium — the fuel of nuclear reactors and bombs.

While most of the radiation produced by a nuclear weapon detonation dissipates in a few days, the study said cesium lingers for much longer and has a half life of approximately 30 years. In this case, the cesium was absorbed through the soil into plants and was then subsequently absorbed by pollinators, such as honey bees, when they visited the plants.

For the study, Jim Kaste, an associate professor in the Department of Geology at William & Mary research university in Virginia, and his team collected honey samples from more than 100 hives and soil from places along the east, from Maine to Florida.

They found that half of the honey samples had detectable levels of cesium. Despite this, Kaste stressed the cesium levels they detected – even at the highest amounts – didn’t pose any health risks to humans. The samples also tested below the 50-100 becquerels per kilogram threshold for radioactivity.

“I eat more honey now than I did when I started this project,” he said in a press release. “I feed my kids honey. I’m not trying to tell people they shouldn’t eat honey.”

While there’s no danger to people who eat honey from these regions, Kaste said the findings shed light on the lasting impacts of the more than 500 atmospheric nuclear tests conducted by the world’s nuclear powers during the Cold War era.

One of those lasting impacts may be how cesium has affected honey bee populations.

“In the last five years, it has become clear that insects suffer significant negative consequences at radiation dose rates that were previously considered safe, but the threshold at which damage occurs is debated,” the study said.