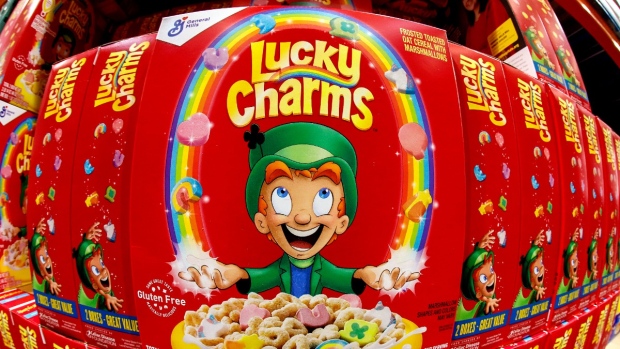 The U.S. Food and Drug Administration is investigating dozens of reports of customers getting ill after eating Lucky Charms cereal, but no Canadian recalls have been issued yet.

The FDA said Saturday that it had received more than 100 complaints related to Lucky Charms so far this year, with customers complaining of illness after eating it.

“The FDA takes seriously any reports of possible adulteration of a food that may also cause illnesses or injury,” the agency said in a statement to The Associated Press.

A spokesperson for the Canadian Food Inspection Agency told CTVNews.ca in an email on Monday that it is not aware of any recalls of Lucky Charms cereal.

“The CFIA is aware of media reports and is monitoring the situation,” the spokesperson said.

Several hundred people, including some from Canada, have posted on a food safety website complaining of nausea, diarrhea and vomiting after eating Lucky Charms.

Andrea Williamson, a spokesperson for the Minneapolis, Minn.-based company General Mills Inc., which makes Lucky Charms cereal, said in a statement that food safety is their “top priority.”

“Through our continuing internal investigations, we have not found any evidence of consumer illness linked to the consumption of Lucky Charms. We encourage consumers to please share any concerns directly with General Mills to ensure they can be appropriately addressed.”

With files from The Associated Press