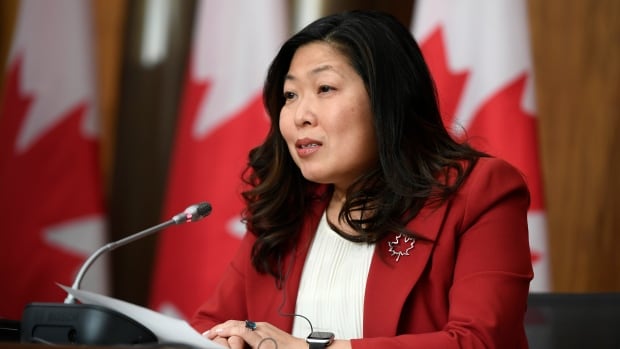 Speaking to reporters at a COVID-19 briefing today, Trudeau said Canada understands “this pandemic will not end anywhere unless it ends everywhere.”

While he acknowledged poorer countries need more doses quickly, he stopped short of endorsing a plan to dismantle IP protections for vaccines, which could boost vaccine production in developing countries by local manufacturers.

Instead, Trudeau announced $375 million in new funding for the Access to COVID-19 Tools (ACT) Accelerator to help develop, produce and distribute diagnostics, therapeutics and vaccines for low- and middle-income countries.

That commitment is on top of the $940 million Canada has promised already to ACT and the COVAX Facility, the global vaccine-sharing initiative.

With these investments, Canada now ranks among the most generous countries in the world in terms of support for developing countries scrambling to procure COVID-19 shots at time of insatiable demand.

Canada is caught in the middle of an ideological dispute between Western countries on the IP issue.

Asked if his neutral position was driven by fear of retribution from pharmaceutical companies opposed to a new IP regime, Trudeau said Canada wants to be a being a mediator between the two sides of this fractious debate.

He said Canada wants to bring about a global consensus that balances protecting companies that brought life-saving products to market with improving access to shots in the southern hemisphere.

“We know we have to work together as a world to get to the right place,” Trudeau said. “I can assure you Canada is not interfering or blocking anything and is very much working for a solution that benefits everyone.”

In a statement, International Trade Minister Mary Ng said Canada is “ready to discuss proposals on a waiver for intellectual property (IP) protection, particular to COVID-19 vaccines, under the WTO Agreement on TRIPS.”

This is a reference to the World Trade Organization’s agreement on Trade-Related Aspects of Intellectual Property Rights (TRIPS), which governs the transfer of property on everything from music copyrights to vaccine-manufacturing specifics.

While open to a discussion about loosening protections, Ng said Canada “firmly believes in the importance of protecting IP, and recognizes the integral role that industry has played in innovating to develop and deliver life-saving COVID-19 vaccines.”

She also suggested there are “barriers to vaccine access” that are “unrelated to IP, such as supply chain constraints.”

Any move to do away with IP protections would be fiercely opposed by some of the makers of these COVID-19 products, who spent billions of dollars to develop the shots and expect a return on their investment.

While some companies, such as AstraZeneca, have agreed to sell their vaccines on a not-for-profit basis, others — like Pfizer — did not receive government funds to research and develop a shot and expect to make a profit by selling their creations.

Innovative Medicines Canada, an industry group that represents some pharmaceutical companies, said it is opposed to any waiver.

It “will not address the real issues of trade barriers, global supply chain bottlenecks and scarcity of raw materials that are impacting the supply of COVID-19 vaccines,” it said in a statement.

Biden’s trade representative, Katherine Tai, signalled this week that the U.S. would be open to the IP move in an effort to boost production in poorer countries where access to vaccines has been limited.

Canada, the U.S. and the European Union have been under pressure from progressive groups and the World Health Organization (WHO) to surrender IP rights as COVID-19 cases mount in some countries.

This week, a group of 65 MPs wrote a letter urging Prime Minister Trudeau to support the proposed WTO waiver.

In a statement, Diana Sarosi, the director of policy and campaigns at Oxfam Canada, a non-profit dedicated to eradicating poverty, criticized Canada’s “wait and see approach.”

“What the world needs is a full backing by Canada to waive intellectual property protections for COVID-19 vaccines. This waiver will pave the way for increasing the global supply of vaccines and will fundamentally alter the trajectory for the world’s poorest and most vulnerable to escape the depths of the pandemic,” Sarosi said.

Republican lawmakers in the U.S. are staunchly opposed to Biden’s decision, with one congressman calling a potential waiver a “direct infringement upon American ingenuity and innovation” that will be “senselessly giving away America’s intellectual property to countries like China.”

Speaking to reporters Friday, O’Toole said Conservatives would support a temporary suspension of IP rules “to help get vaccines as quickly around the world as possible.”

“We have to fight COVID-19 around the world together, and Canada has to play its part,” he said.

In a separate letter to Trudeau, O’Toole urged the prime minister to follow Biden’s lead because “it is vital that developed countries do more to support vaccination of developing countries.”

O’Toole said Canada must also quickly ramp up domestic vaccine manufacturing capacity and divert some of those made-in-Canada shots to the COVAX initiative. The National Research Council is working with Maryland-based vaccine maker Novavax to produce a vaccine at the Royalmount facility in Montreal, but production isn’t expected to start until December.

“This is not only the right decision from a humanitarian standpoint, but it will help fight the dangerous rise and spread of variants,” the Tory leader said.

The U.S. and several other countries previously blocked negotiations at the WTO over a proposal led by India and South Africa to waive protections for some patents and technology and boost vaccine production in developing countries.

The U.S. about-face on the issue has caught other wealthy nations off-guard.

Germany’s Merkel suggested doing away with IP rights would not solve the current COVID-19 supply concerns.

“The limiting factor in vaccine manufacturing is production capacity and high-quality standards, not patents,” a German government spokesperson said. “The protection of intellectual property is a source of innovation and must remain so in the future.”