Sisters Julie, Shelley and Melanie gathered on a Zoom call Sunday to comfort their father in his final moments in hospital as he battled COVID-19 and told him that his wife had just died of the disease and would be waiting for him to join her.

“We did a Zoom call with my dad,” daughter Julie Reeves-Robinson of Windsor said. “We were telling him how much we loved him … and then we told my dad that it’s okay to go, that my mom’s on the other side.”

The family is spending the holidays in disbelief as they grieve the loss of both parents, Lynda and Richard Reeves, 73 and 75 respectively, who died two days apart in Windsor from COVID-19.

On Dec. 18, Reeves-Robinson and her sisters, Shelley Labute and Melanie Reeves-Baillargeon got on a video call  with their mother as she took some of her final breaths.

“She called me telling me … how afraid she was of dying,” Reeves-Robinson said.

“And I said, ‘mom, you know, your lungs are failing and your heart [is] failing and you do have [chronic obstructive pulmonary disease] pretty bad. And there is a chance you might not make it. But you need to be strong’ … I was trying to get her prepared.”

Lynda was dealing with a bladder infection and was sent to the hospital when she suddenly had a seizure.

The doctors told Reeves-Robinson that her mom had COVID-19 and that her lungs and heart were failing.

WATCH: The family talks about their loss 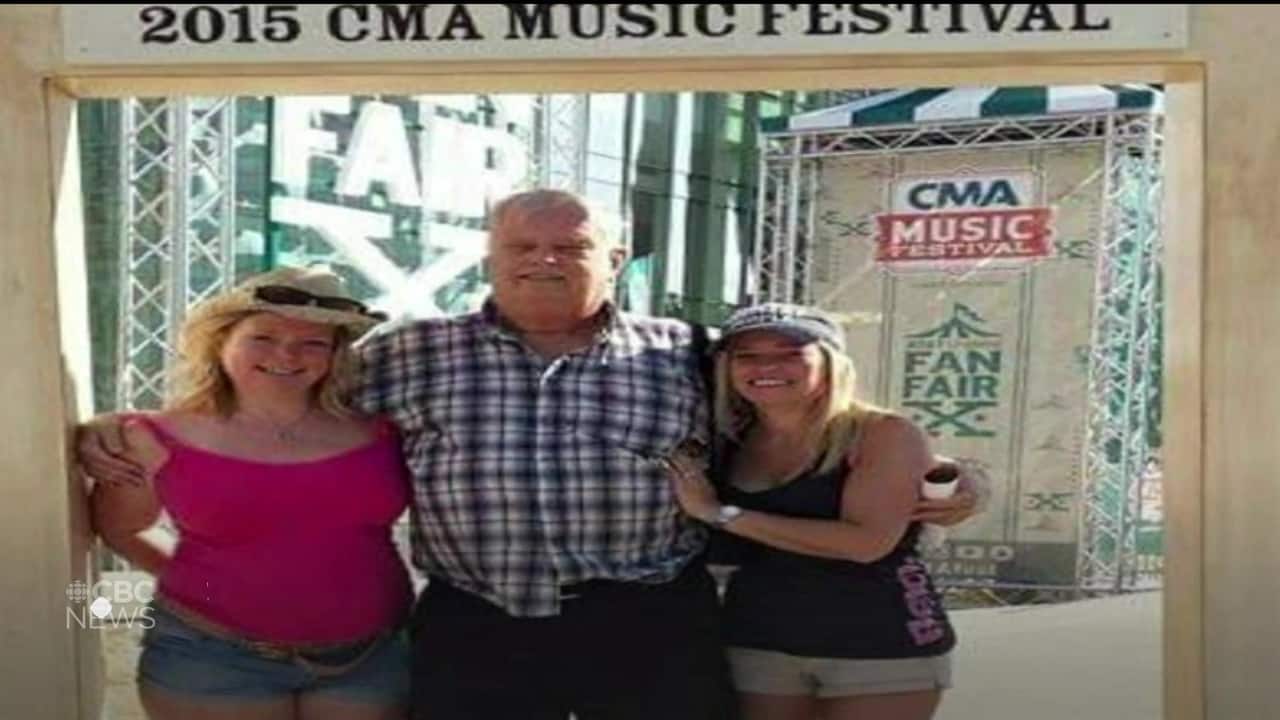 “She called me and told me that she loved me and that to take care of everybody because she knows that’s who I’ve always been,” she said.

Meanwhile, Richard was fighting for his life at another hospital campus.

The family decided not to tell him right away about his wife as they weren’t sure he’d be able to handle the news.

Richard was diagnosed with lung cancer in November and went to Windsor Regional Hospital’s Ouellette campus on Dec. 2 for surgery.

The surgery, according to Reeves-Robinson, went well, but with the hospital stretched thin, spots for Richard to recover were limited.

She said her dad was moved three times during his stay and was finally sent home on Dec. 9.

But he still wasn’t feeling well.

Less than a week later, he went back to the hospital and got sent home on Dec. 14th, only to return back the next day. He then tested positive for COVID-19 and things took a “turn for the worse” on Dec. 20.

“So we had a long call with my dad … we were singing to him,” she said. That was when they told him about Lynda, comforting him until he died.

The family believes Richard contracted the disease while he was in hospital for cancer surgery and then infected his wife at home.

“My dad was so scared of getting COVID and wouldn’t go anywhere. It’s just unbelievable that he would go in to get surgery that should have been safe to come out with COVID and to come home and kill him and his wife.”

Reeves-Robinson and her five-year-old daughter Isabelle have now also tested positive for COVID-19 as they lived with Lynda and Richard and cared for them.

Reeves-Robinson said she’s now spending Christmas alone in the house she shared with her parents.

She said Isabelle will be staying with her dad.

“They’re very caring and kind,” Reeves-Robinson said of her parents. “Very loving, my dad always wanted those hugs and loved us unconditionally all of us, they loved their  grandchildren, great-grandchildren.”

She said that her sisters are handling the funeral arrangements.

She said her parents loved going down to Florida and her mom loved the casino.

“We were always [in Florida] for Christmas and spent a lot of lovely time together and we have a lot of great memories with them,” she said.

Neighbours have started a donation fund

Meanwhile to make this time a little easier for Reeves-Robinson, her Forest Glade neighbour Julia Ralko has started a donation fund on Facebook.

“They were the sweetest neighbours ever, they’re so so kind like they have great hearts they seem like a close knit family across the street, they have always been there for each other,” Ralko told CBC News.

Reeves-Robinson has been off work since March as she works at the casino, which has laid off a number of workers during COVID-19.

For now, Reeves-Robinson said she can stay at her parents house for the next little bit and might be able to buy it, if she has the money.

The whole experience, Reeves-Robinson said is a reminder that COVID-19 is out there and of what matters most.

“Keep your older ones at home and go grocery shopping for them. You know, make sure that they have everything that they need. Call them,” she said.

“It’s hard on them, especially if they live alone. Family is most important. You need to be there for them.”

Some schools to return to in-person learning as Ontario sees 2,655 new COVID-19 cases