Within a week of returning to his Vancouver Grade 1 classroom after the winter break, Jessica On’s son developed a fever.

On and her husband kept him home and did their best to prevent the spread of illness within their household.

But it’s next to impossible to isolate a six-year-old child.

The family lives in a two-bedroom, one-bathroom apartment. On and her 18-month-old daughter moved into the living room. Her son and husband slept in separate bedrooms.

They even split their bathroom in half, labelling one sink “mommy and daddy’s” while keeping the other for their son. Their dining room table turned into a make-shift sanitization station.

But after their son tested positive for COVID-19, both On and her husband got the virus as well. They’re still waiting on clearance for their daughter, who so far has tested negative and shown no symptoms.

“It’s a frustrating process. You try your best to protect everyone. Massive cleaning,” she said.

“I’m a nurse, so I got into sterile mode and spraying and cleaning everything but still ended up getting it. We are trying not to get disheartened but it’s a disheartening journey.”

WATCH | Jessica On shares how her family has tried to isolate in their apartment: 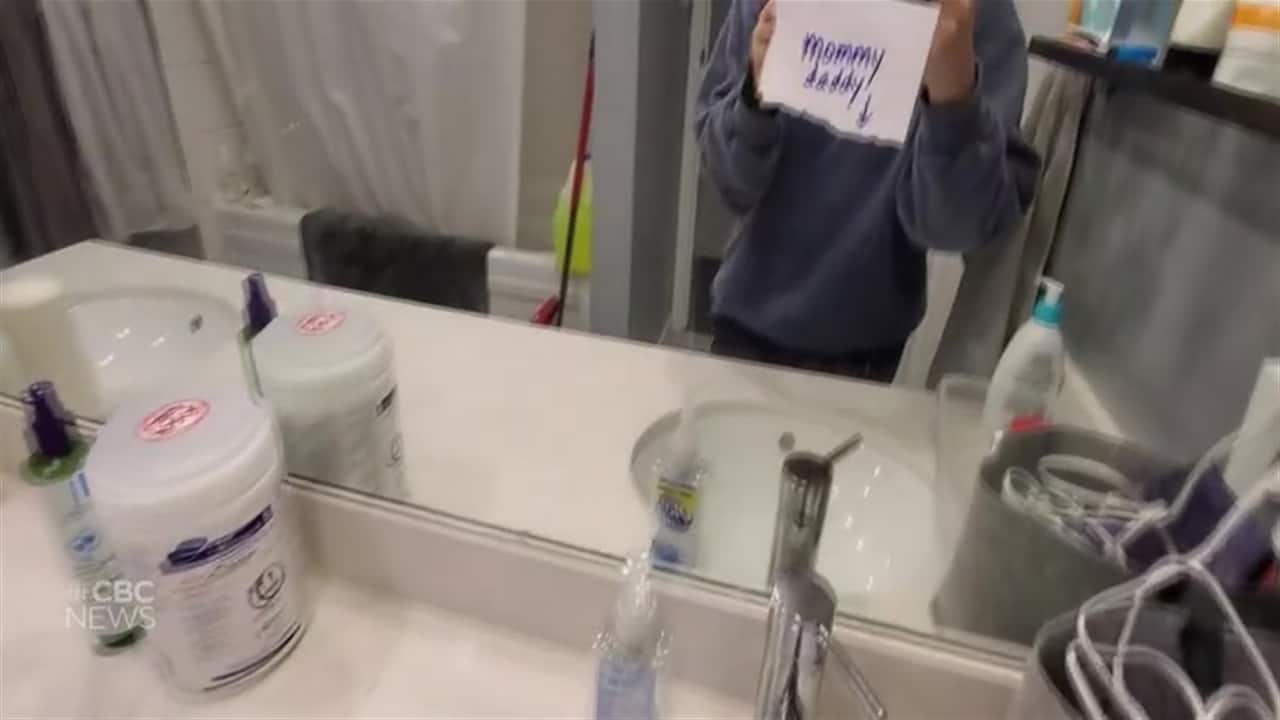 When Jessica On’s 6-year-old son got COVID-19, she and her husband tried everything to keep the virus from spreading to themselves and their 18-month-old daughter. 0:51

The mother of two wants to see changes to safety protocols at schools and an admission from public health that the current guidelines aren’t working.

“We set up these guidelines in September, but since then, the data has changed. There has been more transmission and we’re learning more about the virus. But these guidelines have not changed at all,” said On.

According to the B.C. Centre for Disease Control, 2,868 children under the age of 10 in B.C. have tested positive for the virus — about four per cent of all cases in the province.

On points out that the guidelines for schools are different than those for the rest of the public.

Masks are not mandated but recommended, the physical distancing rule is one metre, instead of two, and a definition of an outbreak at school is different than in long-term care settings.

“I was furious because just to hear that a different standard is being applied to schools and to our kids, and that affects their families and affects the staff that are working,” she said.

During Monday’s COVID-19 briefing, B.C. Provincial Health Officer Dr. Bonnie Henry said new information about guidelines and transmission in schools will be coming within the next few days.

She made a point of emphasizing that “transmission is very uncommon in our schools,” but also said it’s important to enforce mask wearing in school settings, particularly in light of new COVID-19 variants.

In an email to CBC News, the Ministry of Education said it’s working continuously to review the health and safety guidelines and adapt them as needed.

It said it updated guidelines in September based on advice from the B.C. Centre for Disease Control and the provincial health officer.

“This included organizing students into cohorts, strengthening mask requirements, and prohibiting inter-school competitions and events, among many other health and safety protocols.”

As for On’s son, public health can’t say for certain, but concedes the likelihood her son got the virus from school is high.

He attends Grade 1 at David Oppenheimer Elementary School in Vancouver and since he fell ill, there have been several exposure notices and his class has had to self-isolate for 14 days.

It was the evening of Jan. 9 when On’s son began showing a mild fever. They kept him home, and three days later he tested positive for COVID-19. Asking him to self-isolate on his own was not an option.

“He is six years old, and it’s really hard to keep him separated from us. It was hard for him,” she said.

The family tried to wear masks at home, created zones and kept separated in their apartment, trying to prevent their 18-month-old from catching the virus. But, with only one bathroom and a young child’s need for his parents, it was next to impossible.

“We separated our couch, so he is on one side of the apartment, and we are on one side. The day that brought me to tears was when he stubbed his toe and he wanted a hug. I really wanted to hug him but I said, ‘I can’t buddy. I can’t right now. Distance hugs for now and only 10 days of this,’ ” she said.

On says while the symptoms for children may be mild, the risk to the immediate family is great.

On’s parents provide child care for their granddaughter, but her father has a history of cancer, so he is considered high risk. Fortunately, neither grandparent has shown symptoms, and they both tested negative.

The family has spent nearly a month in isolation and is thankful for the community that has brought them food and groceries, but says it’s a lonely time, made more difficult by a lack of assurances that changes will be made.

On said mask wearing and physical distancing are not happening on playgrounds, and while handwashing has been increased, more needs to be done, and the onus can’t be put on teachers alone.

“The teacher can’t just follow them around with Lysol and hand sanitizer. And that shouldn’t be the expectation for teachers,” she said.

“They’re providing education for our kids, but they’re not being supported at their level to do it safely as well.”

On suggested smaller class sizes, providing parents with more feasible options for online learning that wouldn’t pull their children out of the school system.

The Ministry of Education says it has appointed a provincial co-ordinator “to continue to improve COVID processes and make sure COVID-related health and safety guidelines are implemented consistently throughout the education system.”