Kim will never forget the moment the specialist touched her arm and believed her.

She had been living with excruciating pain for more than half her life, yet, she says, a long list of doctors had either misdiagnosed or dismissed her condition.

It was only when she was treated at a special unit of B.C. Women’s Hospital in 2017 that she felt understood.

“For the first time someone from the medical community was telling me: ‘Not only do I believe you but I also have successfully treated other patients. Let’s give it a try and if it doesn’t work, I will not abandon you,'” she said.

Kim, 34, has endometriosis, a condition that is still widely unknown even though it affects one in 10 women around the world and more than a million in Canada, according to advocacy group EndoAct.

Endometriosis occurs when tissue similar to the lining of the uterus implants in the pelvic cavity outside the uterus to form lesions, cysts and other growths, according to Endometriosis Network Canada. This can cause pain, internal scarring, infertility and other medical complications.

Each case is different. There is no cure. Those who have it need to learn to live with it. The pain may briefly lessen, but it is only a matter of time before it comes back with a vengeance.

‘There are a lot of unanswered questions’

Kim — CBC is not using her real name — agreed to talk on the condition of anonymity, because she tries to hide her condition whenever possible. She feels like her condition already takes up too much space in her life.

”It feels like someone is stabbing you in your vagina with a knife, while there is another knife moving through your uterus and ovaries,” Kim said, adding the pain then moves to her hips and can extend all the way down to her ankles, preventing her from walking. 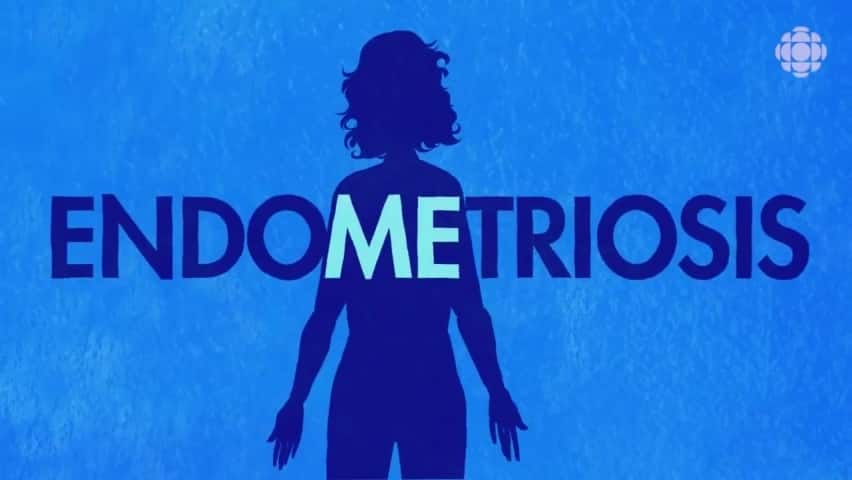 Ever wonder what endometriosis can feel like? Watch this video by journalist and poet Danielle d’Entremont. 1:59

Much about the condition is still unknown.

“It is complex because there are a lot of unanswered questions. We do not completely understand how endometriosis starts,” said Dr. Catherine Allaire, medical director of the centre for pelvic pain and endometriosis at B.C. Women’s Hospital in Vancouver, where Kim was diagnosed after many years of searching.

Allaire’s centre is one of the few in Canada that takes a multi-step approach to the condition. Patients here can see not only a surgeon but a fertility specialist, a nurse and physiotherapist to help deal with chronic pain, and a psychologist to address mental health, among others.

But the waiting list for an appointment is long. Kim says she had to wait seven years.

More support, funding and research is needed into the condition and those who suffer from it, experts and advocates say.

In the past 20 years, only $7 million has been spent on research into endometriosis in Canada, Allaire said. Diabetes, another chronic disease, received 150 times more in public money.

She says that’s because endometriosis doesn’t kill — and because it’s a condition that affects only women. With a bitter laugh, Allaire said she’s pretty sure a cure would have been found 50 years ago if endometriosis affected men.

Pushing for a plan

EndoAct is now bringing together women living with endometriosis and professionals in the medical community in order to get governments to move forward on support and research.

“There’s a need to advance our understanding about basically everything,” says Kate Wahl, the volunteer executive director of EndoAct Canada and a PhD student at the University of British Columbia.

“You’ve got the cause of the condition, non-invasive methods for diagnosis, personalized treatment, patient-centred care … so many things that would benefit from further investigation.”

EndoAct’s ultimate goal is to have a national action plan like the one that exists in Australia — a three-pillar strategy that focuses on increased education, improved clinical management and care, and research.

Asked if a national action plan for endometriosis was in the works in Canada, a Ministry of Health spokesperson replied that the federal government is funding nine research projects on the condition to further understanding, diagnosis and treatment.

”Women’s health is a top priority, and we are committed to improving health care for women, girls, and transgender individuals,” the spokesperson said.

‘They don’t believe you. They don’t listen to you’

In Kim’s Vancouver apartment, painkillers are strategically placed by the entrance, in the living room, in the bathroom and on her bedside table. She needs to access them quickly when a bout of crippling pain occurs.

Her couch is close to the heating pad, towels and castor oil she uses to wrap herself in to calm the pain. She makes sure her fridge and freezer are stocked with a week’s worth of food, just in case.

Kim says the first three times she had her period, when she was 13, she ended up in hospital from pain so severe it caused her to vomit and faint.

Yet for years she thought the pain related to her period was normal. She says she saw doctor after doctor who told her so. They never mentioned endometriosis.

She tried several treatments, from birth-control pills and hormones to ever-stronger painkillers. She says one gynecologist even advised her to have a baby, as that could reduce the pain.

“Really? What do I do with the baby after?” she recalls asking him.

Kim found some comfort in support groups for women with endometriosis. She says she noticed a common theme when she was meeting with her “endo sisters”: they were all, at some point, not believed.

She thinks her condition would have been easier psychologically had she not had to fight against a health-care system that didn’t appear to recognize her condition. Falling into deep depression, she even started to doubt herself.

So when a diagnosis of endometriosis was confirmed after she opted to have surgery at B.C. Women’s Hospital, she was tremendously relieved.

“To have that diagnosis, like a paper confirming something that nobody sees, that changed a lot for me,” she said.

“I have my certificate. I am not crazy.”

‘Periods should never prevent you from functioning’

The centre for pelvic pain and endometriosis is now trying to catch cases of endometriosis early, so that girls who have abnormal period pain can consult a doctor to get help and, hopefully, avoid the downward spiral that leads toward chronic pain.

A pilot project in a New Westminster, B.C., school — currently on hold because of the pandemic — is teaching students about endometriosis, while a social media campaign is scheduled to be launched this spring to teach girls about what constitutes a normal period.

“What I usually say is that periods should never prevent you from functioning,” Allaire said.

“You may have to take an analgesic like ibuprofen, but then you should be able to go to school and do your activities. You should not have to plan your life around your period. When it interferes with your life and you have to miss school and work when you have your cycle, that is not normal.”

Allaire has met many young women whose lives are completely dictated by endometriosis. They had to miss classes and their grades suffered; they couldn’t choose the career they wanted. Some had pain during sex, others had fertility problems, others had chronic pain.

Around 60 per cent of the patients at the Vancouver clinic suffer from depression and anxiety, Allaire said.

The centre has been able to help about four out of every five of its patients, she said.

“They do better, have less anxiety and depression. The symptoms are better. They are still there, but the women have a better quality of life.”

For many, however, the only hope for respite from the pain comes from menopause — as the majority of women with endometriosis are shown to experience fewer symptoms afterward.

The surgery Kim underwent to diagnose her condition also attempted to alleviate her pain by removing some endometrial tissue. Unfortunately, it didn’t work. In fact, she says, it made it worse, causing her to fall into the deepest depression of her life.

But still, she says, she doesn’t regret the surgery because she needed the validation of the diagnosis.

Now, a few years later, she has learned to live with the pain. Part of that involves a healthy work-life balance, with regular sleep — pain permitting.

Her story is far from unique. But Allaire is determined to make sure more women don’t suffer like Kim has.

”Those life experiences are not acceptable. We need to do something to change that,” Allaire said.