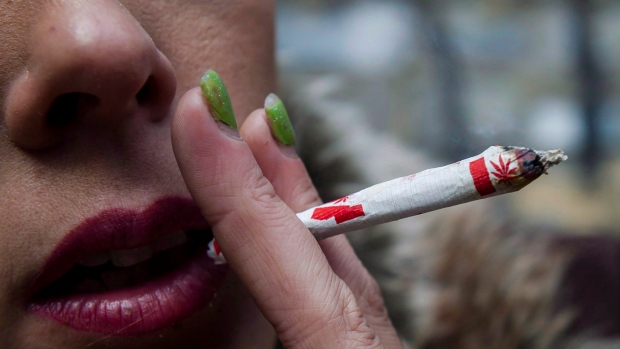 Pregnant women who were exposed to cannabis products that contained THC and CBD were more likely to have children with increased fat mass and blood sugar levels at age 5, a new pilot study found.

“There’s this misconception that cannabis is safe,” said study author Brianna Moore, an assistant professor at the Colorado School of Public Health in Aurora, Colorado.

“So some women may use it in pregnancy, thinking that it’s a safe alternative to other medicines, even prescribed medications,” Moore said. “Yet studies show connections between marijuana use during pregnancy and low-birth weight in babies and behavioral problems later in childhood, and there may be links to glucose and weight issues as well.”

Use of cannabis by pregnant women has been growing in the United States and other countries such as Canada in recent decades. A 2019 analysis of over 450,000 American women by the National Institute on Drug Abuse found cannabis use in pregnancy more than doubled between 2002 and 2017.

Past studies have shown the use of cannabis during pregnancy is linked to abnormal neurological development, autism and hyperactivity, attention issues, and other cognitive and behavioral issues in children, according to the U.S. Centers for Disease Control and Prevention.

Expectant mothers in the study were recruited in Colorado through Healthy Start, a national program designed to improve health outcomes before, during and after pregnancy.

Of the 103 women who were tested during pregnancy, 15 per cent had detectable levels of various cannabinoids in their urine, including THC (tetrahydrocannabinol), a chemical in the marijuana plant that has psychoactive properties, creating a “high.”

“What’s interesting, too, is that we measured this at midpregnancy,” Moore said. “These women very much knew they were pregnant, and they were past that first trimester where cannabis is often used for morning sickness.”

Levels of CBD (cannabidiol) were also found. The chemical CBD is marketed over the counter and online as being “nonpsychoactive” and a safe option for anxiety, depression, sleep, pain, nausea and more. Many CBD products are made from industrial hemp, a type of cannabis plant that has little THC.

However, CBD can be derived from “either marijuana or hemp,” according to the U.S. Food and Drug Administration. There is currently not a lot of regulation, so CBD products may contain unknown levels of THC, as well as “pesticides, heavy metals, bacteria and fungus,” the agency said.

Known risks of CBD to humans include liver damage, “excessive sleepiness and harmful interactions with other drugs,” the agency said. And while there’s not much research on the impact of CBD on pregnancy or breastfeeding, “based on what we do know, there is significant cause for concern,” the FDA warned.

“FDA wants you to know there may be serious risks to using cannabis products, including those containing CBD, if you are pregnant or breastfeeding,” the agency said.

The new study, recently published in The Journal of Clinical Endocrinology and Metabolism, found expectant mothers who tested positive for cannabis were more likely to have babies with low birth weight, Moore said.

Being underweight at birth can put babies in danger of what is called postnatal catch-up growth, in which they grow “really fast to compensate,” Moore said.

“They’ll grow so fast they may overcompensate, which actually puts them at risk for obesity, metabolic syndrome and Type 2 diabetes later in life,” she said. “That’s why our study was designed to go back when the children were older to see how they fared.”

At age 5, the children in the study were measured for fat and lean mass and were given a fasting glucose test to determine their blood sugar levels.

Children of mothers who had marijuana in their urine had “moderately higher” levels of fat on their bodies and weighed more than children who were not exposed to cannabis, Moore said. They also had higher blood sugar levels.

“The concern is that relative to their body size, they have more fat mass, which over the long term could put them at risk for metabolic syndrome, Type 2 diabetes and other conditions later in life,” she said.

Based on all that is known, “women should refrain from using when they’re pregnant or breastfeeding,” Moore said. “And if no one’s told them marijuana isn’t actually safe to use in pregnancy, that messaging really needs to get out there. “