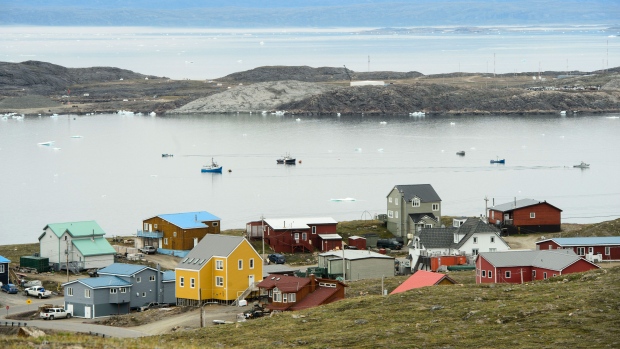 OTTAWA — The head of Canada’s COVID-19 vaccine rollout campaign says the territories will have enough vaccines to provide two doses to every resident 12 years of age and older by the end of the week.

Providing a distribution update on Friday, Brig.-Gen. Krista Brodie said the government is completing its vaccine deliveries to the Northwest Territories, Nunavut, and Yukon.

“This achievement is a significant milestone in Canada’s COVID-19 vaccine distribution strategy. In consultation with federal, provincial, territorial and Indigenous partners a decision was made at the outset to support vulnerable populations in isolated communities with limited access to health care services. I want to thank everyone who has been involved in the distribution process since the start,” she said.

Indigenous communities and the territories continue to have some of the highest rates of vaccinations across the country. As of June 7, more than 72 per cent of those 12 years and older living on reserves have received at least one dose of a COVID-19 vaccine and more than 71 per cent of those living in the territories have received their first dose.

Chief Public Health Officer Dr. Theresa Tam said there is a lot Canadians can take pride in as the country gradually emerges from a difficult third wave, with transmission declining and vaccinations increasing.

“We continue to make good progress with all seven-day rolling averages steadily declining. The average national case count has dropped more than 80 per cent since the peak of the third wave to under 1,550 cases reported daily,” she said on Friday.

“Likewise, the average number of people with COVID-19 being treated in our hospitals each day has dropped almost 60 per cent since the peak to less than 1,850 daily.”

“The emergence of variants including the Delta variant I think just underlines the point that it’s so important for everyone to realize that one dose doesn’t do what you really need to be fully vaccinated,” he said.