Every summer, no matter how stifling the heat, 11-year-old Christina Rancy has been forced to watch from afar as her twin sister and friends splashed about and plunged their heads under the water to cool off.

Waist-deep was as far as she could go, to make sure that not a drop of water got inside the tracheostomy tube protruding from her neck that has allowed her to breathe almost since birth.

But she won’t be sidelined anymore. In a series of long and complex operations, a surgeon at the Montreal Children’s Hospital (MCH) was able to reconstruct Christina’s weak and damaged trachea using moulds and cartilage from her ribs.

This feat of surgical engineering, only performed four to six times a year at the MCH, means the young girl is now untethered from the tubing and is breathing freely for the first time in her life.

“This summer I would really like to go swimming,” Christina said without hesitation in an interview with CTV News, when asked what she’s most looking forward to now.

Her parents are thrilled to be able to help her immerse in her new chosen activity. Her father, Herode Rancy, is already thinking about lining up swimming lessons. 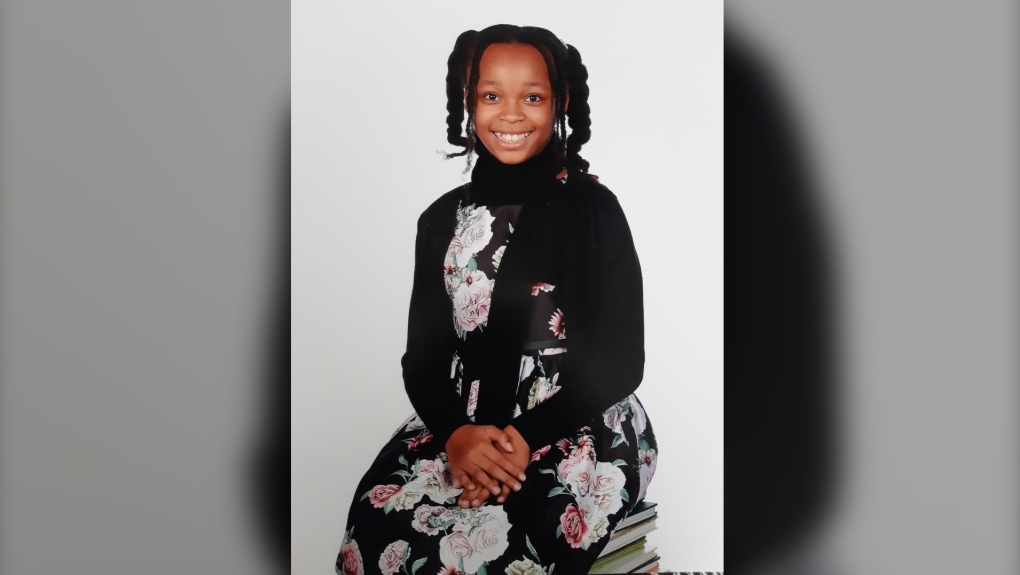 Christina Rancy, 11, underwent a series of complex operations to reconstruct her trachea.

“We were so happy to see her like that,” said Rancy, as he described his daughter’s emotional reaction on Dec. 22, in the moments after she removed her tracheostomy herself and took her first breaths through her nose — liberated at last.

“When you look in the face of your child and you see the smile, it’s a definite indescribable joy,”said Rancy.

“It was the greatest Christmas gift that Santa Claus could give to a child,” he said, adding that it was achieved “with the help of her favourite doctor.”

‘YOU CAN’T BREATHE, YOU CAN’T LIVE’

Christina was born with a tumour in her trachea, or windpipe, that blocked her breathing.

She was initially put on a CPAP machine to deliver oxygenated air into her system. Intubation followed and at two weeks of age, she had her first of many surgeries.

It was a challenging situation in every way, said Dr. Sam Daniel, director of the Otolaryngology Head and Neck Surgery department at the MCH, who became Christina’s surgeon when she was a few months old.

Not only was the growth obstructing the girl’s breathing, but it had also infiltrated her trachea.

The growth was “everywhere,” Daniel explained, making it difficult to remove. Also, the cartilage that formed her trachea was weak.

At this point, Christina, who was an otherwise healthy three-month-old baby, would never be able to leave the hospital and be with her twin sister at home because she couldn’t breathe on her own.

Her family was faced with a dark decision.

“All the pressure was on our shoulders,” Rancy said. “Are we going to continue to offer care because they weren’t sure Christina would be able to live a happy life?”

Future treatments would be difficult and frequent, she would require much daily support, and the tumour could grow back.

“That’s when the shock was greatest for us.”

Daniel had proposed a tracheostomy, which meant inserting a tube through a hole created in Christina’s neck, below the site of the growth.

That would bypass the blockage and weak tissue and, if it succeeded, allow her to breathe through the open tracheostomy tube.

“This was all a surprise to them [her parents]. Here they have a growth blocking her breathing, the most valuable thing we have. You can’t breathe, you can’t live,” Daniel said.

But still, they all wondered “if they should move forward with so much uncertainty,” he said.

“Do we go through all this, is it futile?” Daniel said, adding it was also tough on the treating team at the MCH.

He said they questioned if they were “doing the right thing.”

Inspired by Daniel’s optimism and expertise and the support of the hospital team, Rancy said they chose hope and decided to go ahead with the tracheostomy, understanding that Christina couldn’t survive without it.

From that moment, Christina’s life took off. There were lots of additional interventions and surgeries, but she adjusted to the tracheostomy and as she grew up, she made lots of friends, went to school and participated in all kinds of activities.

All the while, her parents had to ensure that she would be safe wherever she was. They met regularly with any new teacher to explain Christina’s physical requirements and limitations.

“It’s a big deal to live with a tracheostomy,” said Daniel, explaining that the tube can bleed, get blocked and require suctioning. 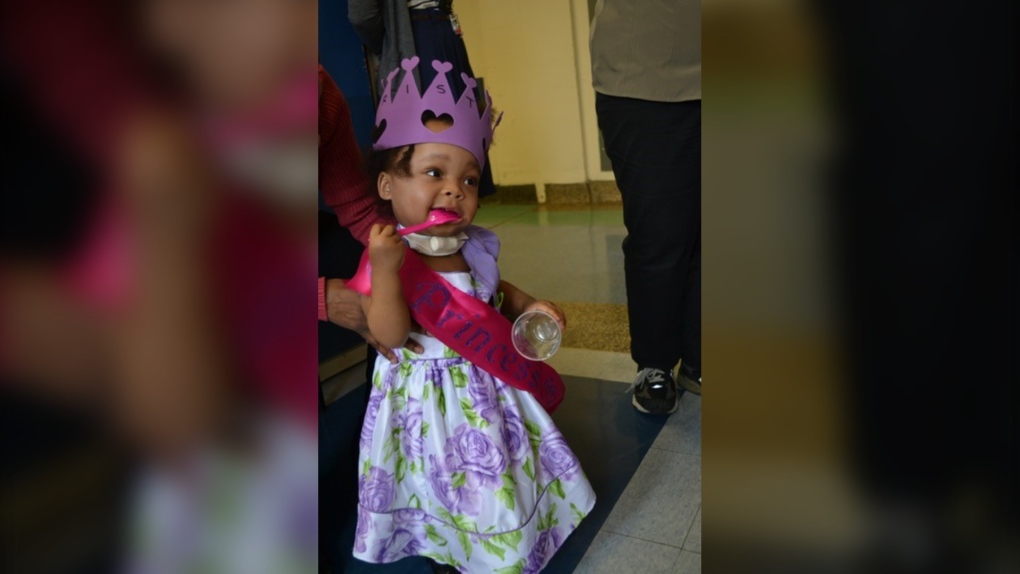 Christina Rancy was born with a tumour in her windpipe and required a tracheostomy until she was 11 years old.

One time, the couple had to rush with their daughter to the emergency room when the tracheostomy came out and they weren’t able to replace it.

But Rancy said they kept going because of Christina’s “smile and courage,” and because they knew Daniel’s goal was to eventually remove the tracheostomy.

“He didn’t have a date, so it was really a game of patience, but we kept a lot of hope,” Rancy said.

Finally, in the fall of 2021, when Christina was 11, Daniel decided the time was right to perform a laryngotracheoplasty — essentially a reconstruction of the cartilage of the windpipe using cartilage from the ribs.

It’s a Canadian innovation that was first performed in Toronto at the Hospital for Sick Children (SickKids) but is now done all over the world.

Sometimes the doctors can just add a little piece of cartilage to shore up the windpipe, but Christina’s case was more complicated and required multiple procedures and surgeries.

“Her windpipe was completely destroyed in some areas and we needed to resect some of the cartilage that was weakened,” said Daniel.

In the next stage, he took “multiple pieces of cartilage from multiple ribs, shaped the bulky cartilage and created new rings in the trachea,” he said.

The cartilage is placed over moulds, while a new tracheostomy was created so she could breathe while the windpipe healed.

On Dec. 22, the family and the team met in a clinic at the MCH for the big transition from tracheostomy to a functioning trachea.

As everyone watched, Christina removed the tracheostomy by herself and began breathing properly through her nose.

“It’s really incredible, and we can never thank him enough — everyone, the nurses, gave us so much support,” Rancy said.

“That was freedom to her, a moment of freedom where she could be like every other child,” Daniel said.

“I felt a squeeze in my heart and thought, ‘this is why I’m here in the middle of all of this craziness [during the pandemic].'”

“I’m here for Christina. And to see the tears in her eyes, the tears of joy of her mom and her dad’s and sister’s eyes, was something very difficult to describe —  a feeling of warmth and gratitude,” said Daniel.

“I’m feeling good. I’m really happy,” Christina said in a phone interview nearly three months after that big day, as she counts the days until summer.