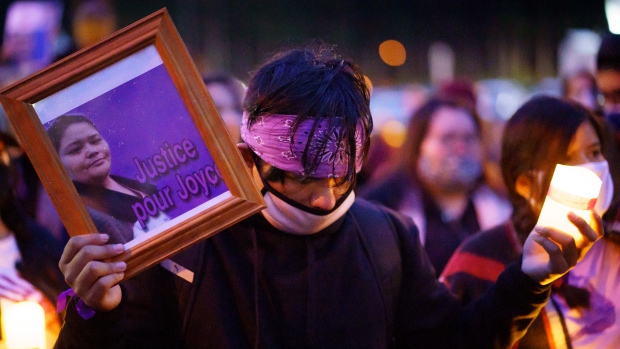 OTTAWA — Canadians expect concrete measures from politicians to ensure everyone – Indigenous people included – has access to first-class medical treatment, Indigenous Services Minister Marc Miller said ahead of a meeting on systemic racism in the health system.

“This is a jurisdiction (that) is jealously guarded by provinces, but when it comes to issues like racism, systemic racism, discrimination, every leader in this country has a leadership role to play in calling it out and getting rid of it,” Miller told a news conference Wednesday.

“We know, going into the meeting, that there is systemic racism in the health-care system in every province and in every territory.”

First Nations, Metis and Inuit leaders and representatives are taking part in the two-day virtual meeting to discuss anti-Indigenous racism in the health-care system.

Last fall, Miller convened an urgent meeting on the issue after Joyce Echaquan, a 37-year-old Atikamekw woman, died in hospital in September in Joliette, Que., after she filmed staff making derogatory comments about her. The video was shared around the world.

The second meeting is meant to focus on specific steps to eliminate racism in the health-care system and what provincial and territorial governments are doing to address it. Miller said he asked participants at the last meeting to think about possible solutions.

Miller said jurisdictional squabbles between the federal government and the provinces and territories can also result in inequitable treatment.

The COVID-19 pandemic has affected Indigenous communities disproportionately, Miller said. The latest figures from Indigenous Services Canada show that as of Tuesday, there have been 15,894 cases of COVID-19, including 144 deaths, in First Nations communities.

“We know that Indigenous populations – we have the numbers, we have the casualties to prove it – are three-and-a-half times, to five times, more vulnerable to COVID,” he said.

Miller said Indigenous people living on reserves, but also those in urban areas, must be prioritized in the rollout of the COVID-19 vaccine.

The National Advisory Committee on Immunization recommends the first phase of the COVID-19 vaccine rollout prioritize people who live and work in long-term care homes, people over the age of 80, front-line health workers, and adults in Indigenous communities where an outbreak can be particularly harmful and hard to manage.

The recommendations also note that racialized and marginalized people can be disproportionately affected by COVID-19. “These populations may be considered for immunization concurrent with remote and isolated Indigenous communities if feasibly identified within jurisdictions, understanding that these are traditionally hardly reached populations for immunization programs,” the committee states in its guidelines.

Dr. Tom Wong, chief medical officer of public health at Indigenous Services Canada, said there are large groups of underserved Indigenous populations in urban centres and they shouldn’t be forgotten.

“There are extensive discussions right now in place in order to look at how provinces can be supported to reach out to the unserved, underserved population,” he said.

“We know that provinces and territories need the help and the public health officials within the federal government are here to help.”

This report by The Canadian Press was first published Jan. 27, 2021.

This story was produced with the financial assistance of the Facebook and Canadian Press News Fellowship.