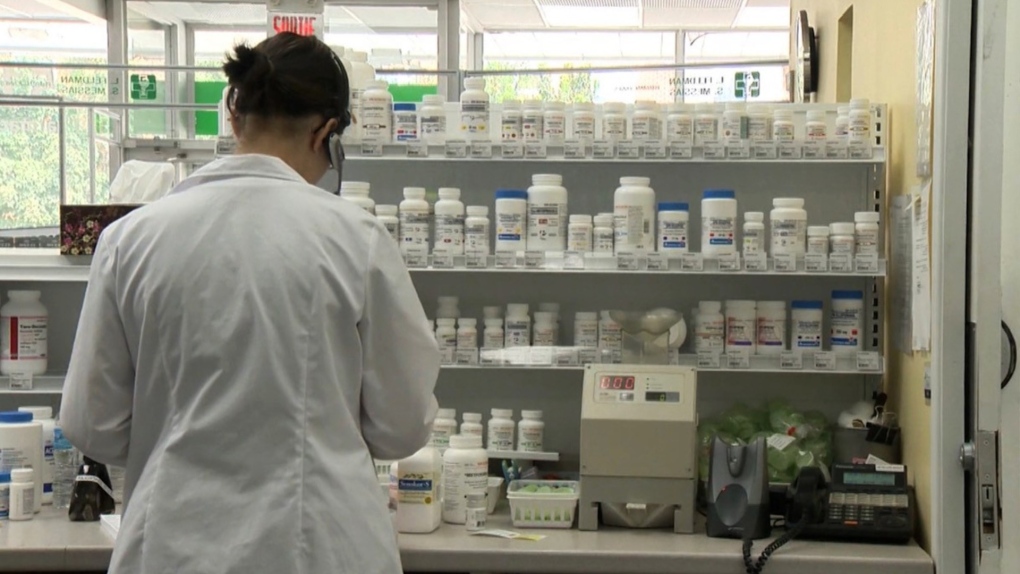 University researchers and drug developers in Edmonton are joining forces to create what they say will be Canada’s first facility that can take the latest scientific pharmaceutical insights from the lab through clinical trials to the marketplace.

The partnership, announced Monday, brings together a world-leading laboratory and an existing drug manufacturer to plug a hole in Canada’s drug supply system, said Andrew MacIsaac of Advanced Pharmaceutical Innovation, the not-for-profit corporation involved in the effort.

“It’s the first large-scale marrying of what API is doing and what researchers at a post-secondary institution are undertaking,” he said.

MacIsaac’s firm, which currently employs about 40 scientists at its Edmonton facility, is teaming up with the University of Alberta’s renowned Li Ka Shing Institute of Virology to form the Canadian Critical Drug Initiative.

“This was a good marriage for both,” said Lorne Tyrrell, institute co-director and the discoverer of the first oral treatment for hepatitis B.

But the Alberta effort would be unique in linking the lab bench and the drugstore shelf, as well as in the type and breadth of drugs it would help develop.

Michael Houghton, the institute’s other director and a Nobel laureate, said the initiative would focus on so-called “small-molecule” drugs — chemically synthesized drugs that make up the great majority of what’s in people’s medicine cabinets. Ibuprofen, for example, is a small-molecule drug.

“What we’re trying to do at the institute is develop novel vaccines, novel therapeutics and novel drug screening tools,” he said. “We have a pipeline which will fit very nicely with the API infrastructure.”

Academic labs do the early research, bringing a novel drug to a proof-of-concept stage in a lab, MacIsaac said.

The institute can recreate that work under conditions that meet regulatory standards, conduct further study on how the drug will behave in the body and how it should be formulated. It can then manufacture it for clinical trials.

The Canadian Critical Drug Initiative will bring both sides together, said MacIsaac. It will also improve the supply chain for already existing drugs such as propofol, which is commonly used to induce unconsciousness for procedures from surgeries to being put on a ventilator.

“It was quite often in short supply before COVID-19, then COVID-19 exacerbated that. Having a resilient supply chain for that drug is critical.”

MacIsaac’s company now manufactures drugs in quantities appropriate for clinical trials — a few thousand doses a month. Part of the aim of the new partnership is to ramp that up.

“We’ll be able to produce about 70 million doses of drugs a year, a wide variety from the security of supply basic medicines that are needed with the hospital setting to novel drugs that are coming out of institutes like Li Ka Shing,” he said.

That will take some expansion.

The initiative is looking to expand its facilities at the University of Alberta and the Alberta Research Park in Edmonton. A 40,000-square-foot manufacturing facility is also planned.

The whole project will cost about $169 million. Private investors, as well as the municipal and provincial governments, are on board and about half the money has been raised. A funding request has been sent to Ottawa.

MacIsaac said the initiative could be producing drugs within two years.

It’s an economic opportunity for a province looking to diversify, he said.

“It’ll generate hundreds of jobs in the short term and many, many more in the long term. We’ll be able to find a home for a lot of the talent we’ve grown in the oil and gas sector.”

The initiative could help create a cluster of firms to add to the hundreds of drug manufacturing jobs already in Edmonton, he said.

Edmonton scientists are already waiting to go ahead with clinical trials for vaccines against scourges, such as hepatitis C, or viruses that threaten transplant patients, said Houghton. A way to bring those breakthroughs to market is the missing piece of the puzzle.

“We have a future pipeline,” he said. “We’re going to need the Canadian Critical Drug Initiative infrastructure to finish and help us to manufacture these vaccines for clinical trials and to deliver these vaccines.”

This report by The Canadian Press was first published Nov. 1, 2021.