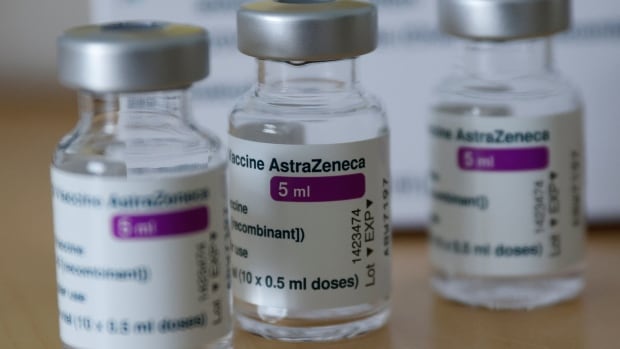 Saskatchewan’s chief medical health officer says it’s “likely” those who received AstraZeneca as their first dose of COVID-19 vaccine could have Pfizer-BioNTech for their second due to supply issues.

Should there be extra supply of AstraZeneca, Shahab said those who received that shot as their first dose will have the option between it and Pfizer for their second.

“If supplies are the same, that by no means means that those who got their first dose as AstraZeneca will have to wait longer for a second dose; Pfizer is equally safe and effective,” he said.

Over the next two weeks, Shahab assured the province will have more insight into its stock of AstraZeneca.

Some provinces — including Ontario and Alberta — have recently pressed pause on delivering the AstraZeneca vaccine. In Alberta, it’s also mainly due to supply issues; however, in Ontario, it’s because of the rare risk of blood clotting.

Saskatchewan Health Authority CEO Scott Livingstone maintains the AstraZeneca vaccine is safe and the switching up of second doses comes as supply dwindles.

“Because we’re not sure what will be future allocations, we are not currently using AstraZeneca as a first-dose strategy right now,” he said, noting Pfizer or Moderna will be offered instead. “We just simply do not have enough of the vaccine in the province.”

According to Livingstone, more than 65,000 people in Saskatchewan received the AstraZeneca vaccine as their first dose when it was initially offered in March.

“We have not been offering first dose clinics with AstraZeneca [lately]. It does not mean we would not give it — if we had enough doses to do so — but we are holding onto those doses now and almost exclusively giving Pfizer and Moderna going forward until we get assurances on AstraZeneca shipments,” he said.