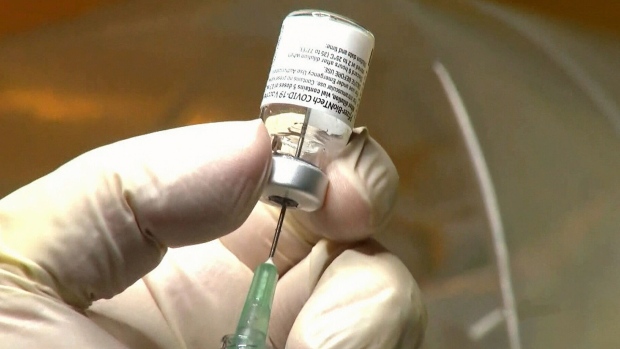 REGINA — Saskatchewan has reported its first vaccine-related blood clot in a 60-year-old woman who received the AstraZeneca vaccine.

According to the government, the woman experienced vaccine-induced immune thrombotic thrombocytopenia – also known as VITT – after she got the vaccine on April 11. She received treatment and is recovering.

The province said it will continue to offer second doses that match the first dose a person received. The government acknowledged that a review of mixing brands for first and second shots is underway and said its strategy could be updated depending on the outcome of the review.

Health officials said Tuesday they are currently only using AstraZeneca to give second doses due to limited availability.

According to the Public Health Agency of Canada (PHAC), there were 18 confirmed reports of VITT in the country as of Wednesday. The province said it has reported the confirmed case to PHAC.

As of May 1, nearly 2,050,000 first doses of AstraZeneca have been given across Canada. Saskatchewan has administered approximately 72,000 AstraZeneca first doses to date, according to the province.