Rudolf Neufeld, or Rudy as he liked to be called, was an active man and a jokester who never took himself too seriously.

“He would be anyone’s No. 1 cheerleader. He just was always optimistic. No matter what the situation was, he could find something positive to say or something sarcastic or smartass to say to sort of break the monotony of the negativity,” said Paula Neufeld, his elder daughter.

Neufeld, who had lived for decades in North Vancouver, B.C., in a house he helped build, carried that optimism and thirst for life with him even after he was diagnosed with dementia in his early 70s, when he still went to the gym three times a week.

He died two days before Christmas from multiple organ failure after he became infected with COVID-19. He was 81.

Neufeld’s family had checked him into the Lions Gate Hospital in North Vancouver, B.C., in November for what they thought would be a short stay to monitor his reaction to new medication.

Instead, he contracted COVID-19 during an outbreak at the hospital, leaving him bed bound and isolated. After weeks of limited interaction, his family says his health deteriorated and they were left with just 15 minutes to say goodbye.

They hope that sharing his story makes others think of real people — seniors who are isolated from their families during the pandemic — instead of numbers when statistics are released on COVID-19 cases and deaths.

‘A wonderful, wonderful human being’

Neufeld was an avid cyclist, kayaker and cross-country skier who enjoyed travelling with his wife of more than 50 years, his daughter said. At parties, he could often be found with a glass of Chardonnay in hand, mingling with the crowd.

“He would always acknowledge the odd wallflower sitting alone at a party, go over and make sure they didn’t feel left out in a group. He was a wonderful, wonderful human being,” Paula Neufeld said.

He leaves behind his wife, two daughters and two grandchildren.

WATCH | Paula Neufeld says losing a loved one to COVID-19 leaves a gaping hole in the lives of family and friends: 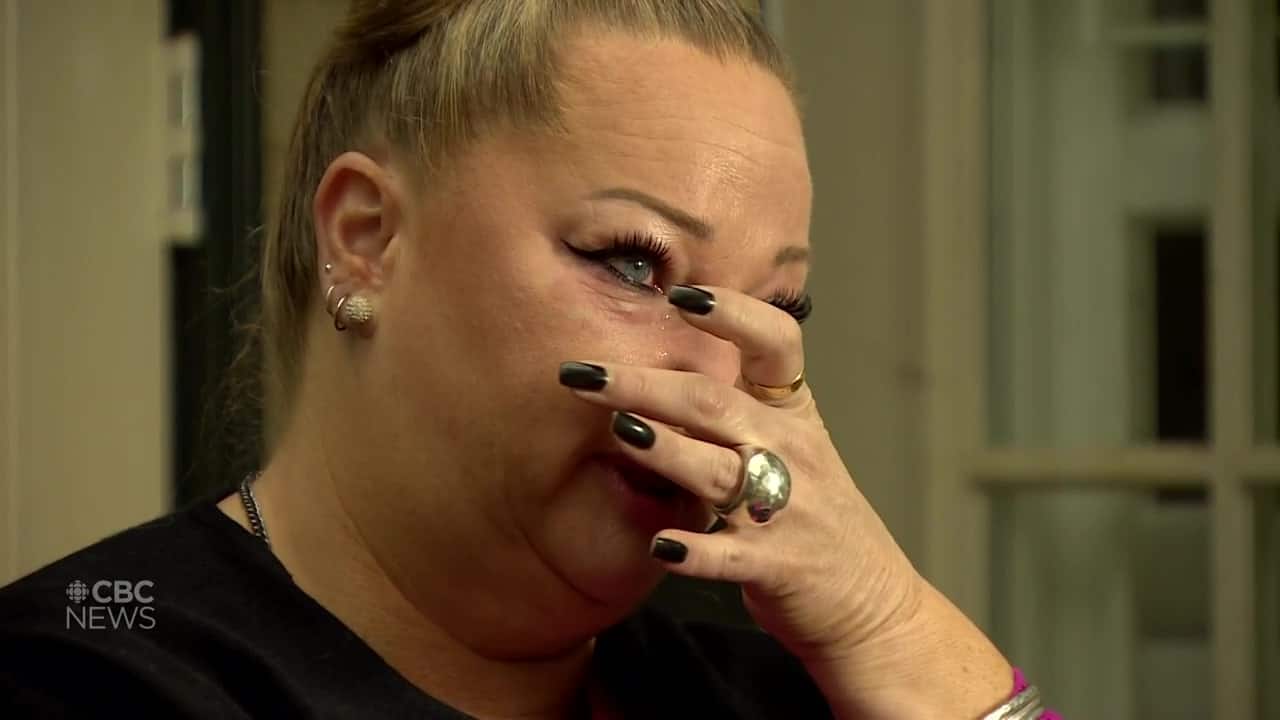 Paula Neufeld’s 81-year-old father died after getting COVID-19 while at Lions Gate Hospital. 0:36

About eight years back, Neufeld was diagnosed with vascular dementia after a procedure and later developed Alzheimer’s disease.

Neufeld continued living at home with his wife and daughter, so when he began acting up after he was prescribed new medication, his family felt they had no choice but to get him admitted to hospital.

He was checked into Lions Gate Hospital on Nov. 18, 2020, and the family expected he’d remain there for a few days.

But two days later, a COVID-19 outbreak was declared at the hospital.

Neufeld says her family received a phone call from staff saying the facility was locked down and no one was allowed in or out.

“My dad was basically stuck in there,” Paula Neufeld said.

He then developed a fever and a COVID-19 test came back positive.

“They said palliative care only and basically said, ‘He is going to die from this,'” Neufeld said.

“Basically, it was a waiting game for 13 days.”

The outbreak at Lions Gate Hospital was declared over the next day. In total, 59 people were infected, including 31 patients. In total, 13 people died.

Paula Neufeld says she struggles with the fact her father caught COVID within the hospital and says she is frustrated with a “lack of support” from Vancouver Coastal Health.

She wants to know why the hospital didn’t test all the patients after the first case was detected, why others weren’t moved out from that wing, and why her father had to stay in the hospital until the outbreak was over.

“To me that increases the chances of getting COVID,” she said.

“The whole time, I was worried about him going into care getting COVID … the frustration for me is that he caught it while in hospital,” she added.

‘Devastated by the loss of life’

In a statement, Vancouver Coastal Health said it can’t speak to the specifics of the case due to patient privacy.

However, it said patients were not required to stay in the hospital and could self-isolate at home, but patients who were in the unit affected by the outbreak were not able to transition into long-term care.

The health authority also said that prior to the outbreak being declared, all patients on the affected unit were tested for the virus and a number of those tests came back positive.

“When a COVID-19 outbreak is declared in an acute care setting, our immediate priority is to initiate our outbreak response,” the heath authority said in the statement. That response includes early identification and prompt isolation of cases, testing and monitoring of all staff and patients, infection prevention and control, and direct communication with families, it said.

“We are saddened by the impact of COVID-19 on residents and staff and are devastated by the loss of life and impact on families,” the statement said.

‘We will never know how much longer we had with him’

Regardless of age, every person who dies from COVID-19 leaves a gaping hole in the hearts of loved ones, Paula Neufeld said.

“These numbers are people and these people are loved by other people and are a significant part of other people’s lives. Someone [who] is higher in age, doesn’t mean their quality of life is worth less than anyone else,” she said.

“My father had the right to live his life until Alzheimer’s decided he doesn’t, and COVID cut that short, and we will never know how much longer we had with him.”