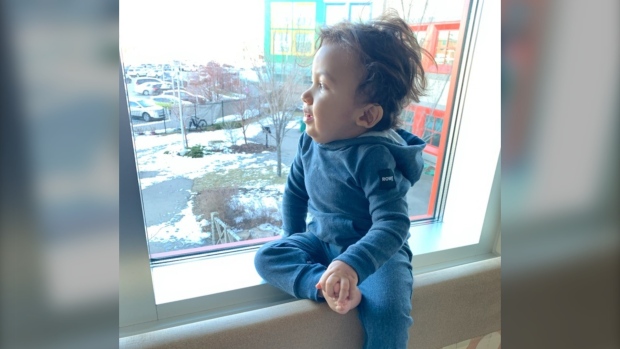 EDMONTON — The Pfizer and Moderna COVID-19 vaccines aren’t the only landmark approvals Health Canada has made in recent days.

About one in 10,000 Canadian babies are born with a type of SMA each year, according to the National Organization for Rare Disorders. The genetic neuromuscular disease is caused by a defective or missing SMN1 gene, which results in a loss of muscle function. The young patients diagnosed with SMA often have trouble breathing, swallowing and crawling.

Zolgensma is designed to replace the missing or defective SMN1 gene by delivering a new working copy of it into a patient’s cells via intravenous infusion, says Novartis. The therapy is supposed to stop the disease’s progression and restore SMN protein production.

Before Health Canada’s approval, patients could only access Zolgensma through a federal special access program at a roughly $2.8-million cost.

Campaigns by several Alberta families with toddlers with SMA gained attention over the summer as they raced to get access before the children turned two, at which point Zolgensma may be less effective.

One family who had raised $1 million received the remaining $2 million from an anonymous donor to get the treatment four months after their son’s second birthday.

A second family won Novartis’ drug lottery, in which the company gave 100 doses of the treatment for free.

This is a developing news story. Information will be updated as it becomes available.