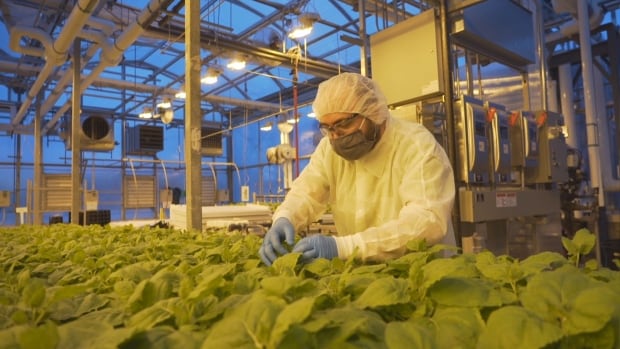 A plant-based COVID-19 vaccine developed by a Quebec biopharmaceutical firm will “very likely” not be approved for emergency use because of the company’s ties to the tobacco industry, a World Health Organization official said Wednesday.

The WHO has paused the process for pre-qualification of Medicago’s new Covifenz shot due to its link to Marlboro cigarette manufacturer Philip Morris International.

“Due to its connections — it’s partially owned by Philip Morris — the process is put on hold,” said Mariangela Simao, WHO’s assistant director-general for drug access, vaccines and pharmaceuticals, at a Wednesday media briefing.

“The WHO and the UN have a very strict policy regarding engagement with the tobacco and arms industry, so it’s very likely it won’t be accepted for emergency use listing.”

In what the Quebec City-based biopharma company calls a world first, the two-dose shot uses plant-derived, virus-like particles, which resemble the coronavirus behind COVID-19 but don’t contain its genetic material.

It was approved for use by Health Canada in February for adults 18 to 64 years of age. The Canadian government floated $173 million to help the company develop the jab, and is so far the only country to approve it.

Last October, Canada signed a deal to buy 20 million doses of Medicago’s vaccine, with an option for 56 million more, and the shot is expected to be made available to the public in May.

CBC News contacted Health Canada for comment but did not immediately receive a response.

According to a WHO document dated March 2, the Medicago vaccine is listed as “not accepted.” If officially rejected, the vaccine would be excluded from the COVID-19 Vaccines Global Access (COVAX), a global vaccine-sharing initiative.

Base decision on efficacy, safety of shot: Medicago

In a statement, Medicago says it has not received any official communication from the WHO.

“It is our understanding that the WHO has made a decision to pause the approval of the vaccine and that this decision is related to Medicago’s minority shareholder, and not to the efficacy and safety of the vaccine, which was demonstrated with the approval by Health Canada,” the statement reads.

“Medicago believes that these decisions should be based on the quality, efficiency and safety of the vaccine.”

Philip Morris Investments, a subsidiary of Philip Morris International, has been a shareholder of Medicago since 2008 and currently holds an approximately one-third equity stake, according to its website. It says it has supported the company’s “innovative plant-derived research and development focused on vaccines.”

Medicago uses the plant species nicotiana benthamiana, a close relative of tobacco plants that is used for pharmaceutical development, to produce its vaccine, largely because of the high number of viruses that can successfully infect it.

Clinical trials have shown the vaccine’s overall efficacy rate against all virus variants studied was 71 per cent, with a higher efficacy rate of 75 per cent against COVID-19 infections of any severity.

The vaccine would be the first Western-manufactured COVID-19 shot to be rejected by the WHO, according to Bloomberg.