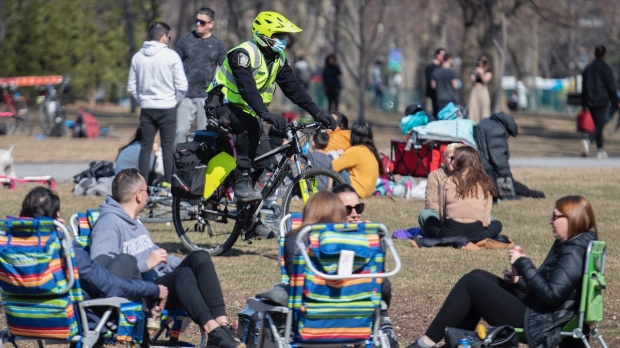 MONTREAL — Quebec announced Thursday it will open up vaccination appointments for the Pfizer dose to youth between the ages of 12 and 17 years old.

The decision comes after Health Canada approved use of the Pfizer vaccine for children 12 and up this week.

The province’s immunization committee is expected to give the OK next week, health minister Christian Dube announced at a news conference Thursday afternoon. Dube said the plan will be to offer youth in that age bracket — more than 500,000 kids — a first dose of the vaccine before the end of June and a second dose by the back-to-school season in the fall.

“After completing a thorough and independent scientific review of the evidence, the department determined that this vaccine is safe and effective when used in this younger age group,” said Health Canada’s chief medical adviser Dr. Supriya Sharma on Wednesday.

Health Canada authorized kids 12 and older based on the results of Pfizer-BioNTech’s Phase 3 clinical trial involving 2,260 adolescents aged 12 to 15.

“I think it’s wonderful news and it’ll allow us to offer our students a school year next year that will be much more normal,” the health minister said.

Logistics are still being ironed out about how this roll-out will work for children, but the head of the vaccination campaign, Daniel Pare, said the province will take a “hybrid” approach with doses being administered in schools and vaccination clinics.

Kids 14 and older will not need parental consent to receive the vaccine.

So far, 40 per cent of Quebecers have received their first dose of a vaccine, thanks in part to the gradual opening of appointments to the general public. Over the past week, 1.2 million appointments were booked and more than 400,000 doses were adminsitered.

Dube also said the province will be rolling out a digital system to offer proof of vaccination through the use of a QR code. On May 13, Quebecers who have already received a first dose will start to gradually receive an email notification asking if they wish to receive the QR code to replace the paper-based version.

“After that, how this this proof of vaccination will be used — this is the question that we’ve asked Sante publique,” Dube said.

The QR code will also include information about the user’s second dose and it can be printed, much like a boarding pass.

— This is a developing story that will be updated.