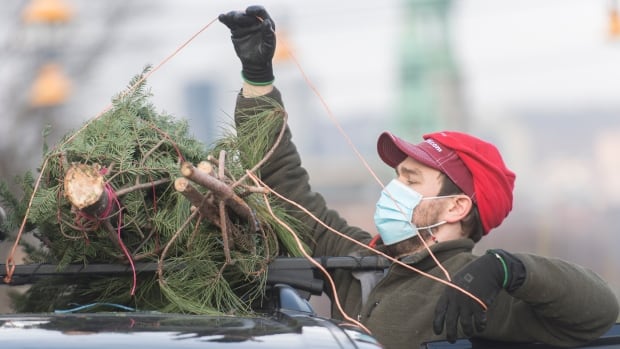 Quebec Premier François Legault has backtracked on his plan to allow gatherings over the Christmas holiday period after a rise in cases, hospitalizations and deaths.

Legault announced last month people would be allowed to gather in groups of 10 over a four-day period, from Dec. 24 through Dec. 27, if they isolated for a week before and after.

He later said people should only gather twice during that period.

On Thursday, Legault said that gatherings in the province’s hard-hit “red zones,” which comprise most of the province, will be prohibited over the holidays.

“When we look at the situation, we are forced to realize that it is not realistic to think that we are going to succeed in reducing the progression of the virus in a satisfactory way by Christmas,” he said at a news conference Thursday.

“I know we would all like to see our family, but it is not a good idea. The virus is very dangerous. We need to stay home and get some rest and we have to take care of one another.”

Legault acknowledged that those who live alone, particularly the elderly, would welcome some company. He said they can have a single visitor, but he urged both people to wear a mask and maintain their distance.

Visits to the province’s long-term care homes and seniors’ residences, however, will be prohibited.

The province reported more than 1,500 daily cases for the first time ever on Wednesday, and more than 1,400 again Thursday.

Hospitalizations related to COVID-19 have also climbed above 700 and Legault said public health experts expect that number to rise, given the increase in cases.

“If we continue in this direction, hospitals will start to overflow. We have a limited number of nurses, and our nurses are very tired.”

Dr. Horacio Arruda, the province’s health director, said Thursday the virus is being transmitted widely in the community, in ways that make it more challenging than in the first wave in the spring.

In recent days, heallth-care workers had expressed growing concern about the possibility of gatherings leading to further spread of the virus.

Emergency rooms in several regions, including Montreal, Laval, Quebec City, the Laurentians and the Lanaudière, are already operating well above capacity.