Ontario’s public health units have the power to shut down workplaces because of COVID outbreaks or for breaking rules. But less than half of the 34 units have used that power since the pandemic began.

Fifteen public health units around the province have ordered closures, while 19 units said they have not mandated any workplaces to shut down so far. This does not include voluntary closures.

The shutdowns range widely from health unit to health unit, including restaurants and bars, schools, a car dealership, a spiritual new age store and a seniors club, where too many people were crowding behind the karaoke plexiglass.

Some units identified risks in specific communities and went after them. In Windsor, public health closed all schools a week before the Christmas break, citing the rapid rise in cases. Waterloo and Wellington-Dufferin-Guelph shut Mennonite places of worship and schools after “widespread community transmission.”

Health units clarified closure orders were given because of confirmed COVID cases or the risk of them, as well as for workplaces who weren’t following the rules.

Kingston, Ont., has one of Ontario’s lowest number of active cases at the moment, a mere 51. But that hasn’t stopped its public health unit from shutting down workplaces.

“We certainly don’t shy away from it,” said Dr. Kieran Moore, the medical officer of health. “It has bide us time, it has allowed us to protect the public and it is there for a reason.”

Moore said workplace shutdowns have been an essential tool, one other health units could be using more often.

It has helped him understand more about how the virus spreads at work. He’s finding the risk is during coffee, smoke and lunch breaks and while commuting to and from work — when masks come off and distancing can be trickier.

“Most businesses now have very good practices in play during the normal workflow,” he said. “Whenever you take a break from that workflow, that’s when the risk increases.”

TPH said it will only force closures “when progressive approaches” don’t work.

The closure data does not include workplaces which decided to shut down voluntarily, something most public health units reported. It’s been standard protocol for cases at LCBOs and some big box stores.

Public health units don’t automatically shut a workplace down if COVID shows up there. They could recommend the workplace close to help control an outbreak. In this situation, many public health units said the majority of workplaces cooperate and make the decision to close voluntarily.

This happens during large outbreaks too. More than 130 COVID cases have recently been linked to a Cargill meat processing plant in Guelph. But it chose to voluntarily close, not ordered by public health.

Less than half of Ontario’s 34 public health units have shutdown workplaces over COVID concerns since the pandemic began — and rather sparingly. Haydn Watters digs into the data. 7:19

Other workplaces have been forced to close over lack of staff — like when the majority of workers are identified as high-risk contacts and have to self-isolate.

This made Ivan Gedz confused at what to do when a positive case turned up at his Ottawa restaurant last September. He’s a co-owner of Union Local 613.

“I was flying by the seat of my pants. I had no concept or idea of what I should or shouldn’t do,” he said. 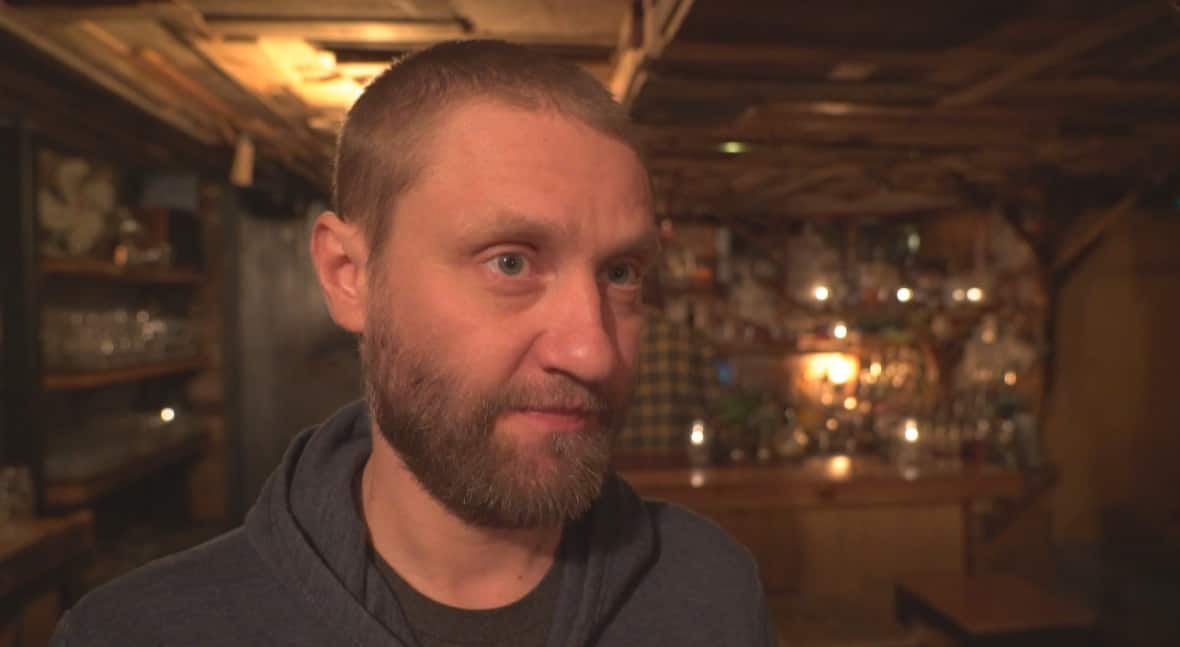 Ivan Gedz, co-owner of Union Local 613, says the decision to close after a COVID-19 exposure at his bar was a no-brainer, but that it was a difficult situation. He feels it would be easier if the government just mandated bars close. 0:54

The infected person hadn’t been at work for a week. But Gedz decided to voluntarily shut down and get all staff tested.  He didn’t want to cause panic. So at first, he told the public they were closed for a plumbing issue.

Then he decided to be transparent — posting about the positive COVID case and updating followers on staff COVID test results, timelines and the risk to customers. Gedz even posted his cell number, so anyone who was worried could call.

Going public wasn’t easy. Gedz worried about losing money and the privacy of the infected person.

“The decision was a moral and ethical one. We just felt that we had to come forward with that information,” he said. “I don’t think I could have lived with myself.”

Gedz thinks there’s a further role for government or public health to help with messaging and giving concrete advice when workplaces have cases.

“To put all of that on individuals is, I think, folly.”