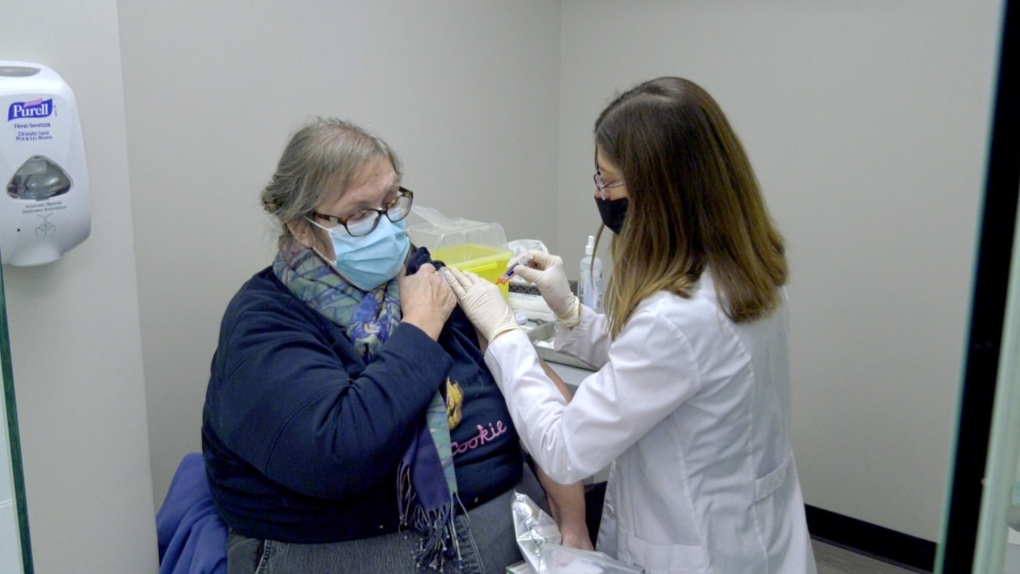 Chief Medical Officer of Health Dr. Deena Hinshaw is calling on more Albertans to receive their influenza shot as just 20 per cent of the population has been immunized so far this season.

As of Wednesday, the number of flu shots administered in Alberta currently sits as 916,184 doses, which is about five per cent lower than the 1,142,419 doses given out during the same period last year.

Hinshaw says that while Alberta’s numbers are below average, there is still plenty of time to receive the shot.

“It’s more important now than ever,” she said.

“The flu shot won’t prevent COVID-19 but it will reduce your chances of getting sick with influenza and spreading it to others. While the flu is not as severe as COVID-19, it can be very serious for the very young and the very elderly, and it can put additional pressure on our health-care system.”

To date, Alberta has seen just three confirmed cases of seasonal influenza with no severe outcomes, but the vaccine is important to protecting those that are immunocompromised.

Susan Drummond is one of those individuals that relies heavily on vaccines to prevent her from getting sick.

She has rheumatoid arthritis and a weakened immune system, which is why she says it’s so important for her to get the annual shot.

“My immune system doesn’t work the same as everyone else’s does, so I also got my COVID shot for the extra protection, but I hear the flu is a bit worse this year so you always have to be careful.” Drummond said.

“I got the swine flu in the past and I’ve never been so sick in my life, I was lucky that I didn’t get pneumonia but I cracked my ribs from coughing that year so it’s important whether or not you have an autoimmune disease to get the shot.”

Drummond says everyone is entitled to make their choice whether to get vaccinated, but encourages the public to take illnesses and other viruses very seriously.

“I know sometimes it takes the worst to happen before people start taking flu shots or COVID vaccines, so hopefully it doesn’t take long for that other 80 per cent that haven’t got their flu shot this year to realize because I don’t wish them to get sick,” she said.

Public health-care experts are warning nations across the globe to prepare for a future flu pandemic, according to a series of reports released Wednesday from the National Academy of Medicine.

Researchers suggest the world is currently not ready to deal with an influenza pandemic like the one in 1918, which left 50 to 100 million people dead in the span of just one year.

Reports from the academy say we are ‘woefully under-protected’ against the scale of threat and recommend countries start developing next generation vaccines or build up capacity levels in poor and middle-income nations.

One report suggests having four to eight billion doses of flu vaccines ready to go during any flu season.

Lauren Sule, a pharmacist at the Medicine Shoppe in Calgary, says this year’s flu could be one of the worst and encourages more Albertans to get vaccinated against it.

“Everybody should be getting your vaccine, we’d really like to see ideally at least 80 per cent of Albertans getting vaccinated, especially health-care workers and those who have underlying medical conditions like asthma, COPD or diabetes.”

Sule adds that developing herd immunity against a virus is extremely important to control the spread of infection.

She notes that most Albertans can easily book a flu shot through their local pharmacist and walk-in appointments are accepted.

Alberta Health Services and the World Health Organization have also approved the public to receive multiple vaccines during one visit, so both COVID and influenza shots can be administered in a single appointment.