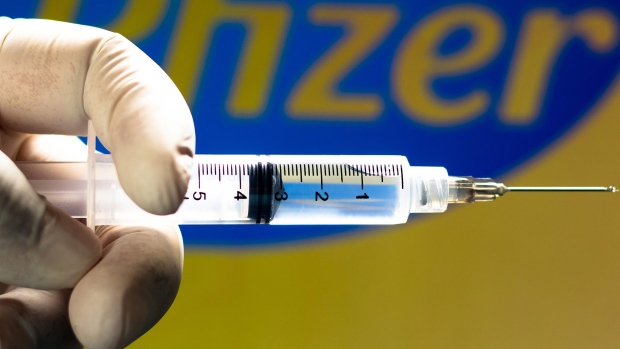 Pfizer Inc and its German partner BioNTech SE on Friday asked U.S. regulators to allow the emergency use of their vaccine in adolescents aged 12 to 15.

The vaccine is currently authorized for emergency use in the United States for people aged 16 and up. The companies said on Friday that they requested an expansion of the authorization from the U.S. Food and Drug Administration to include the younger age group.

In March, the drugmakers said the vaccine was found to be safe, effective and produced robust antibody responses in 12- to 15-year olds in a clinical trial.

It is unclear how long the regulator will take to review the data from the trial, although U.S. Centers for Disease Control director Rochelle Walensky told ABC News on Thursday she expects the vaccine to be authorized for 12- to 15-year-olds by mid-May.

Dr. Janet Woodcock, acting commissioner of the FDA, said https://twitter.com/DrWoodcockFDA on Twitter the agency would review Pfizer’s request “as expeditiously as possible,” but cannot predict how long data evaluation would take.

The regulator said it does not plan to hold a meeting of the independent advisory board that recommended the vaccine’s initial authorization, for expanding its use in adolescents.

Moderna Inc and Johnson & Johnson are also testing their vaccines in 12- to 18-year olds, and data from Moderna’s trial could come soon.

Pfizer and Moderna have also launched trials in even younger children, aged six months to 11 years old. Both companies have said they hope to be able to vaccinate children under 11 as soon as early 2022.

Inoculating children and young people is considered a critical step toward reaching herd immunity and taming the pandemic, according to many experts.

Pfizer and BioNtech said they plan to ask other regulatory authorities globally to allow the use of their vaccine in 12- to 15-year olds in the coming days.

Reporting by MIchael Erman in Maplewood, N.J. and Mrinalika Roy in Bengaluru; Editing by Ramakrishnan M. And Grant McCool.

What is ‘black fungus’? The deadly infection afflicting COVID-19 patients in India