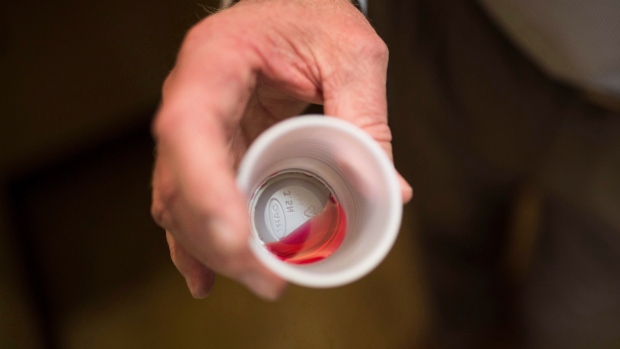 A new study tracking patients receiving treatment for opioid addiction in Ontario has found that a recommendation change in March 2020 which allowed for more take-home treatments during the pandemic resulted in less overdoses and in more patients staying in the program.

Study authors believe this could support giving more flexible access to treatments in the future — an important step given Canada’s opioid crisis has worsened during the pandemic.

“Allowing people to have that agency over treatment and given that opportunity is really important in independence and in confidence building,” Charlotte Munro, one of the study’s co-authors and a member of the Ontario Drug Policy Research Network’s (ODPRN) lived experienced advisory board, told CTVNews.ca in a phone interview.

The gold standard in treating opioid addiction is OAT, in which patients take regular doses of either methadone or buprenorphine, also called Suboxone, which are both long-acting opioid drugs.

“They’re oral medications that are taken that replace opioids that people might have taken instead and help people prevent themselves from going into withdrawal and maintain a steady state of opioid in their system,” said Dr. Tara Gomes, a Principal Investigator of ODPRN and lead author of the study published Tuesday in the journal JAMA.

However, because OAT involves controlled substances that could pose a risk of overdose, particularly methadone, the treatment is delivered in-person every day in a pharmacy for a period of time until a physician decides to slowly prescribe more doses to take at home.

“It’s a very restrictive program,” Gomes told CTVNews.ca in a phone interview. “For some people, they will continue getting daily dispensed methadone for months, years at a time.”

At the start of the pandemic, physicians quickly realized that it would be a huge barrier to OAT treatment and that patients might discontinue treatment out of fear of daily visits to the pharmacy.

“Recognizing the challenges during the pandemic, there was a change in guidance very quickly in March of 2020,” Gomes said.

The new flexible recommendations in Ontario meant that a physician could allow, for example, a patient who had previously been eligible for only a week supply of take home doses at a time to access a two or three week supply on a faster timeline, meaning less visits into the pharmacy.

“The idea was to do this in a stepwise fashion […] but to accelerate the timeline that would’ve been followed otherwise,” Gomes said.

But while there have been calls for more flexible access to OAT since long before the pandemic, fears persisted about whether overdoses might increase if patients had access to more take home doses of methadone faster.

Researchers hoped to prove that those fears were unfounded.

“This was a situation where there was almost this natural experiment where we knew that during COVID more people were going to be accessing these take home doses,” Gomes said.

“So we were gonna have some people getting this more flexible access to treatment and others not, and we could follow them forward and really understand what those dynamics are.”

Researchers looked at data on more than 16,000 methadone and 4,000 buprenorphine OAT users in Ontario between March 22, 2020 and Oct. 18, 2020, observing individuals up to 180 days after they switched to take-home doses or their frequency of take-home doses increased.

The study found that those receiving daily doses of methadone not only had a lower risk of overdoses if moving to take-home doses compared to those who didn’t receive take-home doses, but they were also 20 per cent less likely to have their treatment interrupted or to discontinue treatment.

When it came to the two cohorts taking buprenorphine, the results were similar but less pronounced.

Those taking buprenorphine daily did not have any significant risk of overdose, treatment discontinuation or interruption associated with transitioning to take home doses. Those receiving a weekly supply of buprenorphine who went up to at least a two-week supply did not have a significant change in their risk of overdose or discontinuation of therapy, but were significantly less likely to have a therapy interruption compared to those who remained at a one-week supply.

Gomes said the research shows flexible access to OAT doesn’t have the drawbacks that many feared it might, and actually can help people stay on the treatment path.

“Being able to see that changing the way in which we provide treatment — giving people broader access to this medication and allowing them to have more flexibility that would increase their quality of life in many other ways — actually also helps keep them within this really evidence-based treatment and doesn’t increase any risk for them […] was really reassuring to see,” she said.

While evidence shows OAT works in fighting opioid addiction, there are a lot of people who drop out of the program because of how restrictive it is. Daily pharmacy visits can interfere with trying to hold down a job, and doesn’t allow a person to take vacations or get too sick to leave their home.

How life-saving this treatment can be, but also how hard it can be to access, is something co-author Munro is familiar with.

In 2014, Munro was misdiagnosed with rheumatoid arthritis, due to symptoms that she would later learn were because of avascular necrosis, a condition in which lack of blood supply to joints causes the death of bone tissue.

“I was prescribed opioids from my doctor and I began misusing them and then ended up quite ill, actually was in a coma from endocarditis,” she told CTVNews.ca in a phone interview.

“The first medication I was given for pain was the fentanyl patch. And I had no idea really what that was or anything about it.”

In order to get her life back, she underwent OAT with methadone for eight months. While she’s grateful for the treatment, it wasn’t easy.

“I was in a rural area. So the pharmacy was only open Monday to Saturdays,” she said. “So Sunday I would have to take a cab an hour into the closest prescribing pharmacy that would hand out methadone for my Sunday [dose].”

She would often skip that Sunday dose, affecting her mood and health.

There was also the ever-present risk of having to start over — she said that when she was taking OAT, missing three doses in a row constituted discontinuing treatment, and would have required returning to the doctor to arrange a new prescription.

“If I had gotten those take home doses, then I would’ve been able to regulate my administration of methadone myself,” she said.

Munro, who lives in Stratford, is now a child and youth worker. She recently gave birth to her first child, and has been working with ODPRN for the last five or six years, assisting with studies such as this one.

She said she values being able to contribute to research that might help others who are where she was years ago.

“It gives me some meaning for the suffering and pain that I went through,” she said. “It kind of makes it seem purposeful.”

She hopes that the fact that this study shows there wasn’t a jump in overdoses when patients had more take home doses might help fight some of the stigma that keeps people with opioid addiction from seeking out treatment.

“That’s basically what put me into the coma was […] being thought of as a pill seeker or someone just not deserving of medical attention,” she said.

“I think [the flexible access] definitely is something that should be considered and implemented by more prescribing doctors.”

Gomes said that the pandemic recommendations are still in place, but while some clinicians are continuing to use them, “there has been some reversion back as […] reopening strategies have evolved that there’s a little less hesitation around isolating and not being able to go to the pharmacy all the time.”

But she is also hoping that we could see these recommendations become wider policy.

It’s important to note that the pandemic recommendations allowing more take-home access did not mean there was no oversight — physicians still used their judgement to identify which patients would benefit and which might be at too much risk.

“There were recommendations around that in terms of making sure that people had safe housing and places to store their medication, that they hadn’t recently had an overdose, that they were fairly stable in their substance use disorder before providing these extended carries,” Gomes said. “So it was not just a carte blanche to kind of provide this to everybody, there’s obviously nuance in there.”

But this is a positive sign that there is a way to deliver treatment to patients with more trust and flexibility, while also not compromising patients’ safety.

With Canada’s opioid crisis worsening, it’s a critical consideration. National modelling released in December predicted that opioid-related deaths could continue increasing in 2022. During 2021, 19 people died and 16 people were hospitalized due to opioid-related overdoses every day.

“So as we’re seeing deaths climb and as we are seeing this crisis evolve, we need to think about how do we adapt the treatment programs we have and the approaches we’ve taken to treatment,” Gomes said.

“If that means more flexibility, and we’re seeing that that is a safe and effective thing to do, then we need to do that and we need to try and make sure that it’s being done as broadly as possible across Ontario and across the country.”