Ontario’s cabinet is being urged to declare another state of emergency as it seeks to address surging numbers of COVID-19 cases in the province, sources say.

Those proposals, which have not yet been decided upon, come as Ontario reported another 3,338 cases of COVID-19 and the province’s death toll topped 5,000 on Monday.

Also on Monday, a government source told CBC News that a curfew will not be among restrictions expected to be announced.

The idea of a curfew, similar to the one recently implemented in Quebec, was floated as a possibility for Ontario as infections continue to surge. Premier Doug Ford said last week that revised COVID-19 forecasts show current measures are not doing enough to slow transmission of the novel coronavirus.

At a news conference Monday afternoon, Dr. Barbara Yaffe, associate chief medical officer of health, said it is “her understanding” that a curfew was not recommended by the province’s health table.

Sources told CBC News the updated modelling, set to be detailed at an 11:30 a.m. briefing tomorrow, projects the province’s intensive care units will be filled beyond capacity by early February. It also forecasts that Ontario is on track to see up to 6,000 new cases per day by the end of this month.

Yaffe said Monday that “urgent action” is necessary in Ontario — something the premier first started talking about late last week.

“Unfortunately, I’m not able to give you any good news today,” Yaffe said.

“The number of people who have lost their lives remains unbearably high.”

Ford has repeatedly said that “nothing is off the table” but has offered no specifics about what new restrictions could be coming. In a brief statement this morning, Ford said his cabinet will meet later today, with an announcement expected after the modelling has been released publicly.

“We do believe, that based on the data that you will see tomorrow … that we are in a serious situation and serious measures need to be [undertaken],” Yaffe said.

“We have to go back to where we were in the spring,” he told host Vassy Kapelos Monday evening. “Whether we can get compliance at that level … is questionable but right now, much as I hate to endorse it because it’s so hard on people and its hard on people differentially, we’re going to have to really try to shut things down to the greatest extent possible in the provinces like Ontario that are hard hit.”

Naylor says the problem was that in the fall Ontario let the case counts get too high, and tracking and tracing failed. The only way to get a grip on the situation now is to keep kids out of school, non-essential businesses closed and contact between people to a minimum.

“I don’t see any way around some really tough measures right now,” he said. 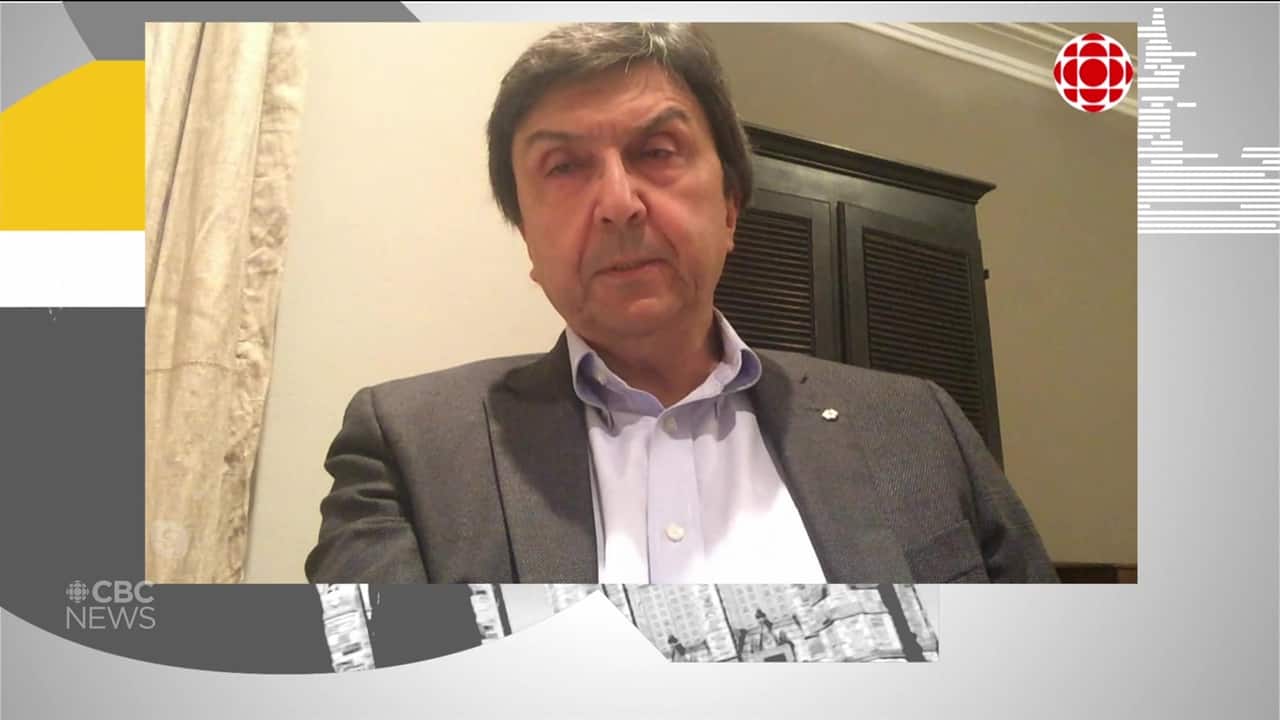 Dr. David Naylor, co-chair of the federal government’s Immunity Task Force on what Ontario needs to do now. 1:20