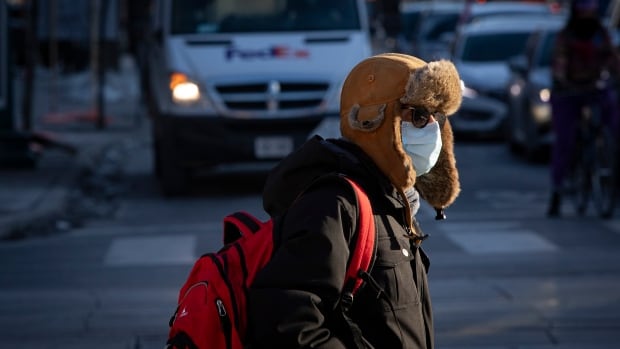 Ontario says it is expanding COVID-19 testing options for students at more schools in the province — including providing at-home rapid tests over the winter holidays — as well as offering testing for symptomatic individuals at some pharmacies.

Officials said at a media briefing Thursday that the province will provide 11 million rapid antigen screening tests for students at publicly-funded schools to be taken over the winter holidays before a return to class in January. You can read the entire testing plan at the bottom of this story.

Schools boards will be responsible for giving every student a box of five rapid antigen tests, to be taken every Monday and Thursday starting on Dec. 23, officials said. Students who test positive will be required to isolate and take a lab-based PCR test as soon as possible, they said.

Participation in the holiday testing program is optional and will not be required for students to return to in-person classes, officials said.

The province has offered the same testing option to the 100 or so First Nations schools in Ontario. Since those schools fall outside the jurisdiction of the provincial government, officials said, they need to opt-in to the program.

Officials said the rapid tests will not come from the federal stockpile. Rather, the province entered into a contract to purchase the tests directly from a single company for about $50 million.

Some schools in the Toronto and Ottawa areas are already providing these tests to students through programs facilitated by local hospitals.

Meanwhile, officials confirmed that pharmacies in Ontario will begin offering COVID-19 testing options for symptomatic individuals, an expansion that was first reported earlier this week.

Some 1,300 pharmacies have suggested they are interested in participating in the program, officials said, adding that the province approached pharmacies about this project and not the other way around.

Chief Medical Officer of Health Dr. Kieran Moore said Thursday that in establishing best practices for this rollout, the province is drawing on experiences from over a year and a half of administering tests.

“We think we can do this in a very safe way,” he said.

Three separate options could be offered, depending on the location:

Officials said that the decision to allow pharmacies to provide tests for symptomatic people was supported by the government’s top public health officials. Participating pharmacies will be required to implement “strict” infection prevention and control measures, officials said, including:

Pharmacies who can’t meet these requirements will not be allowed to participate in the program, officials said.

Ontario will also undertake a “holiday testing blitz,” officials said. Mobile testing units will be deployed to places like public spaces, malls, and holiday markets. Locations are still being identified and will be identified in the coming weeks, officials explained.

Most new cases in 2 months

Ontario recorded 711 new cases of COVID-19 on Thursday — marking the first time a daily case count in the province has topped 700 in more than six weeks.

Today’s total of new cases is a roughly 11 per cent jump from the same time last week, when Ontario logged 642 infections. It is also the most new cases reported on a single day in Ontario since Sept. 24.

The seven-day average of daily cases climbed to 597.

While cases continue to rise in much of Ontario, the cumulative pace of those increases is slowing.

The province’s COVID-19 Science Advisory Table estimates that as of Nov. 14, cases were doubling every 34 days, up from every 30 days on Nov. 13. Near the beginning of last week, the doubling time was estimated at about 24 days, and the week earlier, it was every 17 days or so.

The Ministry of Health also reported the deaths of five more people with COVID-19, raising the official toll to 9,955.

Here are some other key pandemic indicators and figures from the Ministry of Health’s daily provincial update:

Patients in ICUs with COVID-related illnesses: 129, down from 132 last Thursday.

Vaccinations: 13,862 doses were administered by public health units on Wednesday. About 85.8 per cent of eligible Ontarians have had two shots.

Meanwhile, in a major move for families across the country, Health Canada will announce the approval of the Pfizer-BioNTech vaccine for children ages five to 11 on Friday, CBC News has confirmed.

Officials are slated to formally make the announcement at a briefing on Friday, when details about deliveries will be made more clear.

A source, who spoke on the condition they not be named since they weren’t authorized to speak on the record, said vaccines should arrive quickly after the approval.

At a news conference Thursday afternoon, Health Minister Christine Elliott called this “fantastic news,” and said the province is ready to receive and administer doses for younger children.

It could take a fews days to a week for the province to get those doses, she said.

“I can promise you, we are ready,” Elliott said.

Health Canada received Pfizer-BioNTech’s submission on Oct. 18 to approve its vaccine for children, which is one-third the size of the dose given to adults and kids 12 and older.