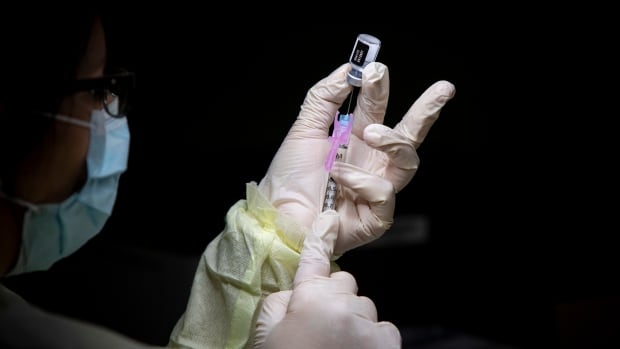 Ontario is reporting a two-day total of 5,839 cases of new COVID-19 cases and 95 additional deaths linked to the illness.

The Ministry did not release COVID-19 daily figures on New Year’s Day.

Saturday’s figure is a new single-day record for the province as the previous record was set on Thursday with 3,328 novel coronavirus cases.

The ministry of health noted that the increase in cases for Saturday may have been the result of over-reported numbers due to a “data issue” by one local public health unit.

“Due to a data issue, cases for Toronto Public Health were underreported on December 31 and overreported on January 1,” a spokesperson said on Saturday.

There are currently 1,003 patients in hospital with COVID–19. Of those, 322 are being treated in intensive care, the most at any time during the pandemic, and 220 require a ventilator to breathe.

The province’s death toll has now reached 4,626, with a combined 95 deaths reported in the last two days.

Redeploying the Canadian Armed Forces to the hard-hit facilities is not the Ontario Health Coalition’s first choice, the group’s executive director said, but short-term options are scarce.

“The issue is that we’re in such an emergency,” Natalie Mehra said. “There are so many homes with outbreaks that are growing extremely quickly, the death counts are mounting, and the hospitals are overstretched now.”

Mehra said hospitals are treating a worrying number of patients, and some are experiencing outbreaks of their own.

On Saturday, an outbreak was declared at the Pembroke Regional Hospital after a second employee tested positive for COVID-19.

The outbreak has been contained to the emergency department, where a positive case was first identified on Dec. 27, according to a news release from the hospital.

The hospital said no patients have been identified as high-risk contacts of the two staff members.

‘It feels like a decade’: Experts reflect on one year of COVID-19

‘It wasn’t called COVID at the time’: One year since Canada’s first COVID-19 case