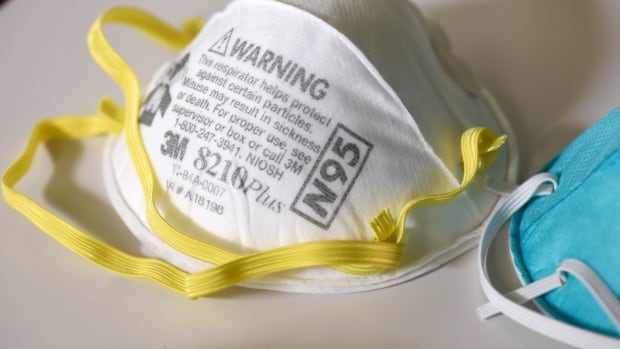 Ontario’s health ministry said Friday a number of N95 respirators were sent to health-care providers were in fact counterfeits and that it’s now investigating how the products wound up in the provincial stockpile.

A spokesperson for Health Minister Christine Elliott said health partners have been alerted, but didn’t specify who those frontline workers are or how many fake N95s had been sent out.

“We have launched a thorough investigation as we work with our health system partners to ensure that these masks are no longer used by anyone and are removed from the system,” said Alexandra Hilkene in a news release.

Hilkene said there are “safeguards” in place to stop this from happening, but the counterfeit personal protective equipment wasn’t detected by a third party that reviews all N95 purchases in Ontario.

The company 3M, which produces the respirators, has been receiving waves of complaints about fraudulent products in Canada and urges anyone acquiring its products to go through reliable vendors.

The Ontario government didn’t say who it had purchased the counterfeit respirators from.

“Counterfeit products may not meet the rigorous quality standards that our authentic 3M respirators are subject to, and put the lives of those battling this pandemic at risk,” she said in a statement distributed by the government.