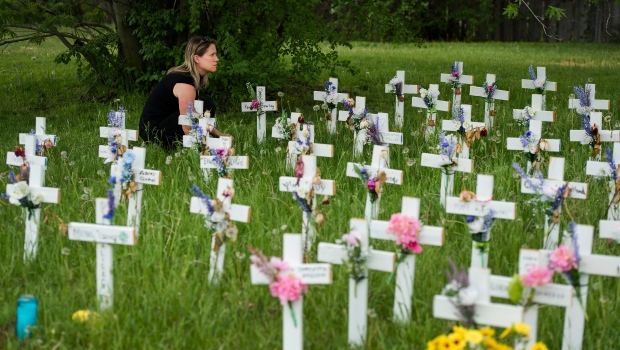 TORONTO — The number of deaths in Canada fell back to normal levels between May and June, according to new provisional data from Statistics Canada, after some provinces reported hundreds more deaths than expected between March and April, even after accounting for deaths attributed to COVID-19.

Excess mortality — data on the number of deaths that exceed what is considered normal during a given period — has been used in some countries as an indicator that the actual death toll related to the pandemic is much higher than official numbers.

According to data out of the U.K., for example, England had the highest number of excess deaths in Europe this year (up to the end of May) — with a death rate that was 7.55 per cent higher than its five-year average. In the United States, one estimate from mid-August indicated that 60,000 more people died than what had been directly attributed to COVID-19.

In Canada, excess deaths between late March and early June, while similar for both sexes, were disproportionately higher among those over the age of 85, according to the provisional estimates.

The virus has also been one of the leading causes of death in Canada this year. It topped the list in Quebec — above cancer and heart disease — in April and May, and was also more deadly than Alzheimer’s, flu, pneumonia, liver and kidney diseases in British Columbia.

Overall, however, Statistics Canada concluded that there was “no clear evidence of excess mortality because of the COVID-19 pandemic” in most provinces and territories, including Atlantic Canada and Nunavut, based on the provisional estimates. A late-April spike in the number of deaths recorded in Nova Scotia was likely driven in part by the virus, but also by the mass shooting in that province.

While much of the excess deaths in the first two months of the pandemic were mostly in line with the number of deaths being attributed to the novel coronavirus, there were still more deaths than normal during this period, StatCan said. Some of them could be indirectly attributed to the pandemic, including missing a treatment or other medical appointment due to the lock down. It was also possible that some deaths were a result of individuals having COVID-19 but were not tested or treated, especially in the early stages of the outbreak, the agency said.

Quebec saw 2,636 more deaths than normal between the weeks ending March 28 to May 2, 504 more than the 2,132 COVID-19-related deaths the province reported. From the week ending May 9 to June 6, however, Quebec reported 1,837 more deaths than normal, even as it reported 2,834 COVID-19 deaths. The agency said that one possible explanation for this anomaly was that older or more vulnerable populations who would normally be at higher risk of dying regardless of a pandemic, were hit harder than most during the height of the COVID-19 outbreak.

Between the week ending March 28 to May 2, British Columbia saw 232 more excess deaths beyond the 104 officially counted as COVID-19-related. StatCan noted that the province also had fewer deaths during the period before the pandemic, which could also have an impact on the later numbers.

Alberta had been recording a higher number of deaths throughout 2020, even before the pandemic and despite the deaths attributed to COVID-19 between March and June. Despite the higher figures, Statistics Canada said the total number of weekly deaths remained within the range of non-pandemic expectations, though figures sat on the upper end of the range. In an earlier report, StatCan had found that the province recorded a total of 402 excess deaths, between Feb. 23 and April 11, even though only 40 deaths were tied to the virus.

There is not enough data from Ontario to make provisional estimates, but the agency said the figures reported so far demonstrated a similar pattern of excess mortality during the month of April.

Data also showed that, while Manitoba, Saskatchewan and the Northwest Territories saw single weeks of excess death between March and June, there was no ongoing pattern. These occasional deviations are not unexpected, Statistics Canada said.

Earlier excess mortality reports put out by StatCan focused on the figures being reported by jurisdictions across Canada, which were incomplete due to reporting delays. The latest provisional estimates for the first 27 weeks of 2020 are adjusted to include deaths that had yet to be reported to the agency and are based on existing reporting patterns. These estimates are expected to be revised as more information becomes available it said. Yukon was not included in this report.