Dr. Anthony Fauci says he believes the new strain of the COVID-19 virus that is circulating widely in the U.K. is probably already in both Canada and the United States.

“I would not be surprised that it already is at low levels in other countries that have not yet detected it, including Canada, including the United States,” he said.

The top infectious diseases doctor in the U.S., who has been part of the White House’s advisory panel on COVID-19, told CBC’s The National that given the strain is so dominant already in parts of southeast England, it would not surprise him if it is soon detected on this side of the Atlantic Ocean.

“Can’t say for sure, but I would not be surprised if, as surveillance picked it up, someone came out and said, you know, we do have it in a certain part of a country — whether it’s in Canada or the United States.”

The variant is not the first new mutation of the pandemic virus to emerge, but is said to be up to 70 per cent more transmissible than the previously dominant strain in the United Kingdom.

Still, doctors, including Fauci, are stressing that it does not appear to cause more severe illness and that it is unlikely to be resistant to the COVID-19 vaccines.

“It does not appear to increase the virulence of the virus,” Fauci told The National, “namely making it a more serious, deadly virus. And it doesn’t appear at all to interfere with the protective effect of the vaccine.”

WATCH | Fauci tells The National’s Andrew Chang that the strain may have already spread to Canada: 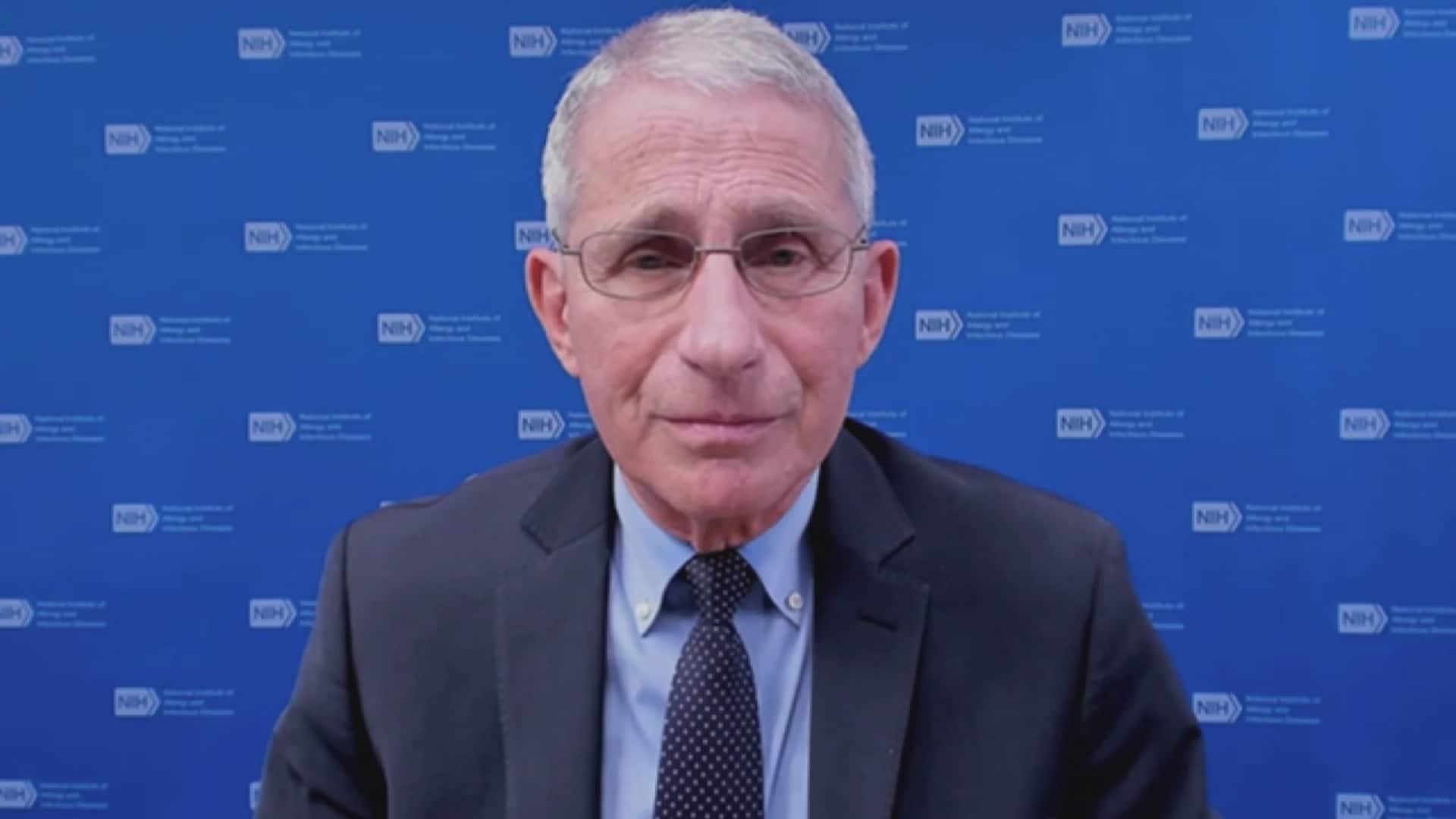 Dr. Anthony Fauci, the top infectious diseases doctor in the U.S., says it would not surprise him if the new variant of COVID-19 that is circulating widely in the U.K. were to be found in the U.S. or Canada. 0:43

BioNTech is testing the effectiveness of the COVID-19 vaccine it developed with Pfizer against the new strain of the virus as it prepares to send 12.5 million doses to EU countries by the end of year.

BioNTech Chief Executive Ugur Sahin said the company is testing whether the vaccine is effective against the variant strain and expects results in the next two weeks.

“There is no reason to be concerned or worried until we get the data,” he said.

Britain is witnessing an alarming rise in infections, with a record 36,800 new cases reported on Tuesday.

Countries across the globe — including Canada —shut their borders to the country due to fears about transmission of the new strain, causing travel chaos and raising the prospect of food shortages days before Britain is set to leave the European Union.

British Airways agreed to allow only passengers who test negative for the coronavirus to fly to New York’s John F. Kennedy International Airport.

COVID-19 is blamed for 1.7 million deaths worldwide, including more than 68,000 in Britain, the second-highest death toll in Europe, behind Italy’s 69,000.

Over the weekend, British Prime Minister Boris Johnson imposed strict lockdown measures on London and neighbouring areas amid mounting concerns over the new strain. He scrapped a planned relaxation of rules over Christmas for millions of people and banned indoor mixing of households and is permitting only essential travel.

‘It feels like a decade’: Experts reflect on one year of COVID-19