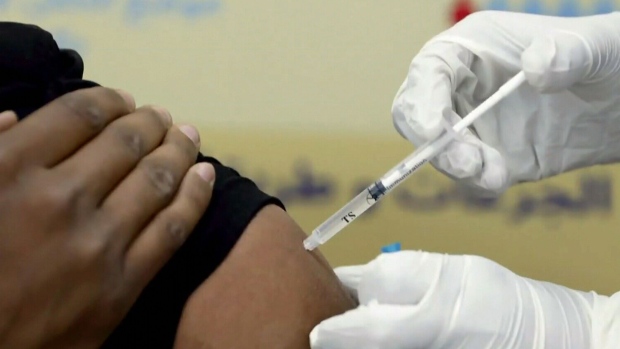 Dr. Jennifer Russell, the province’s chief medical officer of health, said AstraZeneca will continue to be offered as a second dose and to people who aren’t able to get out to a specialized vaccine clinic that offers mRNA vaccines such as Pfizer and Moderna.

“We will not be using the vaccine for first doses in our campaign for the general population, but there are circumstances where this approved and widely used globally vaccine can be used for homebound extra-mural patients who have provided their consent, after fully understanding associated risks,” Russell said.

Russell confirmed that there have been two additional cases of vaccine induced immune thrombotic thrombocytopenia (VITT), raising the total to four – including one death.

“That’s just a big, long fancy word that just means that it’s a vaccine induced immune response that causes blood clots and low platelets,” Russell said. “It is a very rare side effect of the AstraZeneca vaccine, and we have now confirmed two further cases of VITT in the province, and these are the cases which had been suspected and under investigation.”

Russell said the two new cases of VITT are people in their 50s and they received a dose of the AstraZeneca vaccine in mid-April with symptoms occurring after 11 days for one individual and 19 days later for the other.

“One has recovered and the other is in hospital undergoing treatment for this condition,” Russell said. “The risk of this happening after a second dose is reported as being around one in 1 million.”

The province also announced that New Brunswickers who are 30 and older are now able to book a COVID-19 vaccine appointment.

Sixteen new cases of COVID-19 were reported on Thursday, including 10 in Zone 3 (the Fredericton region).

This is a developing story. It will be updated.