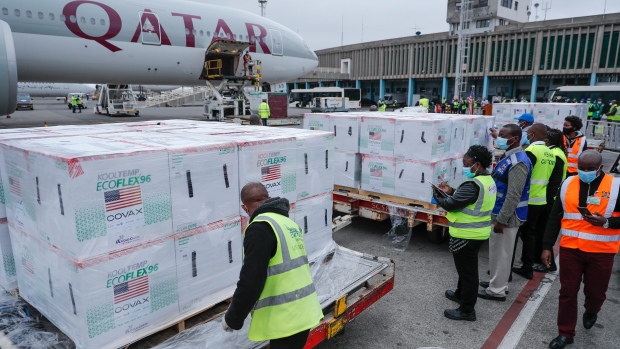 BENGALURU — Moderna Inc. said on Monday it would set up a manufacturing facility in Kenya, its first in Africa, to produce messenger RNA (mRNA) vaccines, including COVID-19 shots.

Moderna said it expects to invest about US$500 million in the Kenyan facility and supply as many as 500 million doses of mRNA vaccines to the continent each year. It also has plans to start filling doses of its COVID-19 vaccine in Africa as early as 2023.

Africa has lagged sharply behind other regions in vaccinating its citizens through the pandemic and there have been several efforts in recent months to help the continent produce its own mRNA COVID-19 shots.

The World Health Organization last year set up a tech transfer hub in South Africa to give poorer nations the know-how to produce COVID-19 vaccines and has been trying to get Moderna and Pfizer to join in its efforts. However, in September, a senior WHO official said there had not been much progress in talks with Moderna.

WHO-backed South Africa’s Afrigen Biologics said in February it would produce a version of Moderna’s shot, though it has not yet managed to enlist the U.S. vaccine maker’s assistance.

BioNTech, which teamed up with Pfizer to make the western world’s most widely-used COVID-19 shot, has also announced plans to begin work on its mRNA manufacturing facility in the African Union this year.

Moderna’s Kenyan facility would manufacture drug substance and could be expanded to include fill/finish and packaging capabilities, the company said.

The company is developing several other vaccines based on mRNA technology, including for respiratory syncytial virus, HIV and shingles.