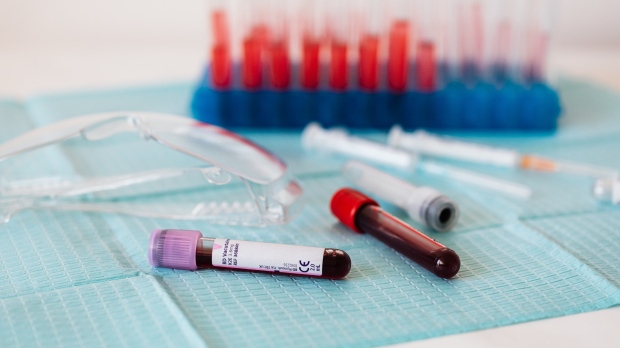 Researchers in the Netherlands have detected microplastics for the first time in human blood.

In a study, published Thursday in peer-reviewed scientific journal Environment International, scientists from Vrije Universiteit Amsterdam report that certain microplastics were found in almost 80 per cent of the small sample of people tested.

Microplastics are tiny plastic fragments or fibres produced from the breakdown of larger pieces of plastics, including from beverage bottles, packaged food wrappers and plastic bags.

Researchers say the findings support “the hypothesis that human exposure to plastic particles results in absorption of particles into the bloodstream.” Previous studies have shown that people and animals were known to consume microplastics via food and water, as well as breathing them in through air pollution. They have also been found in the feces of babies and some adults.

According to the study’s authors, the findings show that microplastics can move around in the body and may remain in certain organs.

However, they say it is unclear what the long-term health effects may be.

“An understanding of the exposure of these substances in humans and the associated hazard of such exposure is needed to determine whether or not plastic particle exposure is a public health risk,” researchers wrote in the study.

According to the study, blood samples from 22 healthy adults were analyzed, with “quantifiable” plastic particles found in 17 (77 per cent) of those samples.

The scientists used steel syringe needles and glass tubes to avoid contamination, and tested for background levels of microplastics using blank samples, according to the study.

Researchers report that PET plastic, which is used primarily for bottling soft drinks, juices and water, was found in 50 per cent of the study participants. Polystyrene, which is commonly used in the food-service industry for disposable utensils, cups and containers, was discovered in 36 per cent of the samples, and polyethylene from grocery and garbage bags was found in 23 per cent.

The study noted the levels of plastics were low, registering at an average of 1.6 micrograms in every millilitre of blood. However, the study’s authors say just the mere presence of microplastics in blood is concerning.

Researchers report the microplastics were likely inhaled or ingested before being absorbed into the bloodstream.

The study describes the plastic fragments as “ubiquitous pollutants in the living environment and food chain.” Despite this, no previous studies has been able to detect them in the bloodstream.

“The plastic particle concentrations reported here are the sum of all potential exposure routes: sources in the living environment entering air, water and food, but also personal care products that might be ingested, dental polymers, fragments of polymeric implants, polymeric drug delivery nanoparticles and tattoo ink residues,” researchers wrote in the study.

Given the findings, researchers say they are concerned microplastics may cause damage to human cells, but say more research is needed.

“If plastic particles present in the bloodstream are indeed being carried by immune cells, the question also arises, can such exposures potentially affect immune regulation or the predisposition to diseases with an immunological base?” researchers wrote in the study.

The study was funded by the Dutch National Organization for Health Research and Development and Common Seas, a social enterprise working to reduce plastic pollution.