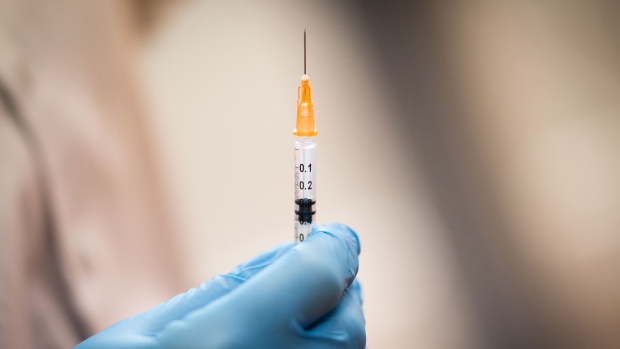 As a fourth-year medical student at Thomas Jefferson University in Philadelphia, Amanda Walker knows that vaccinations are both safe and essential.

Getting one, however, is still an ordeal for Walker, who has needle phobia. “I’ll start to get really clammy, and then get cold sweats,” she said, describing her reaction to routine injections. “Then I pass out.”

Walker has been living with fear of getting injections for years. She remembers being terrified, at age 12 or 13, when receiving a flu shot at the doctor’s office.

It’s a common fear: Walker is one of millions who are frightened of needles, found a 2018 metanalytic study published in the Journal of Advanced Nursing. Reactions include mild to severe anxiety and full-blown phobias. The American Psychiatric Association’s Diagnostics and Statistical Manual of Mental Health Disorders, better known as DSM-5, recognized trypanophobia, or the fear of “a specific phobia of blood/injection/injury type” in 1994.

Now, as COVID-19 vaccines roll out across the globe, addressing such fears is essential to public health. To protect the population as a whole, a “substantial proportion” of people must be vaccinated, according to the World Health Organization. And for individuals considering avoiding a COVID-19 vaccination due to their phobia, seeking treatment could be a life-and-death decision.

Fortunately, experts say treatments for needle phobia can be highly effective. Leaving the condition untreated, however, can result in a fear that grows even more intense over time.

What is a phobia?

“Phobia is a fear and anxiety about a specific stimulus,” explained Dr. Jeffrey Geller, president of the American Psychiatric Association and a professor of psychiatry at the University of Massachusetts Medical School.

About 30% of people will experience an anxiety disorder in their lifetime, Geller said. Of those, between 7% and 9% of individuals have a specific phobia.

Anxiety about needles, though, doesn’t have to meet the formal definition of a phobia to cause problems. About a quarter of adults are afraid of needles, and an estimated 7% of adults avoid immunizations because of that fear, according to the U.S. Centers for Disease Control and Prevention. And the 2018 metanalytic study cited above said that fear of needles was estimated to be 20% to 50% in adolescents and 20% to 30% in young adults.

Even before the COVID-19 pandemic, fear of needles had a serious impact. Regular vaccinations reduce risk of death, disability and disease, the World Health Organization wrote in a survey of worldwide immunization programs, which have reduced the risk of deadly diseases including measles and diphtheria.

What’s more, a fear of needles goes beyond vaccinations. Individuals with severe phobias may avoid medical care altogether, even if it means deteriorating health.

Can you deal with the fear on your own?

For needle-phobic people who get injections despite their fears — like Walker — the experience can be unpleasant. Common symptoms include dizziness, feeling faint, insomnia, sweating, muscle tension and increased vigilance.

Individuals with relatively mild fear of needles might be able to cope with their anxiety by practicing relaxation techniques on their own, Geller explained.

“There are many meditation techniques that one can be taught,” he said, pointing to both meditation and yoga as useful practices.

Distracting yourself can work, too. Counting things in your surroundings, doodling, numbering your breaths and imagining a safe, comforting place can shift your focus away from the frightening event.

Or, you could invite a trusted friend or family member to join you, Geller said, even if they can’t accompany you all the way to the procedure room. “Come to the injection with a supportive person,” he said, adding that practicing relaxation techniques with your support person can help reinforce that coping mechanism.

Anti-anxiety medications are another option. While most are available only with a prescription, one over-the-counter option is diphenhydramine, an antihistamine that’s often referred to by the brand name Benadryl.

Though the drug is generally used for allergies, it can have a sedative effect that may help reduce anxiety. (Even for nonprescription drugs, it’s essential to consult with a primary care provider before use, Geller said.)

When to seek help for needle phobia

While the above techniques can make a big difference when it comes to calming nerves about needles, full-blown phobias call for professional help.

Among the most popular approaches is cognitive behavioral therapy, a collaborative process where individuals work with providers to alter their thoughts and behaviors.

Of all the methods he uses to treat phobias and anxiety at his South Pasadena, California, practice, psychologist Jeff Prater said that CBT is the most common. Over a series of sessions, Prater teaches patients to use relaxation techniques while gradually confronting their fears.

“The general approach is to create a hierarchy, starting from something that does not cause them any anxiety whatsoever, and then constructing that hierarchy all the way up to the most fearful situation that they can possibly imagine connected to their needle phobia,” Prater said.

At the beginning, he said, that might mean practicing relaxation in a room where a needle is shut away inside a drawer.

“Once they can think about that without any anxiety at all, I’ll open the drawer,” he said. “Then I’ll put it on the desk. They’ll see it. And then we move progressively closer to the point where they actually pick it up.”

Why it’s important to deal with your needle phobia now

Between four and 10 sessions are enough to effectively treat needle phobia for most people, Prater said. With vaccinations for COVID-19 becoming available in the coming months, that means it’s important to seek help for needle phobia as soon as possible.

If you ignore the issue, you could face more years of anxiety. Leaving your phobia untreated can mean symptoms that worsen over time. While many children lose their fear of needles as they move into adulthood, full-blown phobias tend to become more severe with age, Prater said.

It’s a kind of feedback loop. “What drives anxiety is avoidance,” Prater said. “When you avoid that situation, your anxiety goes down temporarily. But then, when you’re faced with that situation again, your anxiety rebounds. And it doesn’t just rebound to the same level — it actually increases.”

Only by facing anxieties head-on can an individual halt the progression of that feedback loop, Prater said.

That’s what Walker, the fourth-year medical student, has done. When she gets a flu shot each year, she is sure to inform the person administering shots that she may be faint afterward. But she always goes through with it, and has found that deep breathing techniques can help.

“Every time, I say ‘OK, I’m getting better, I know what to expect, I know how it works.’ It’s gotten better,” she said.

As part of her education, Walker also regularly performs injections, and she said that she thinks of the work as a kind of exposure therapy. Inserting intravenous needles triggers her needle phobia, but she has persevered. In that Walker’s education requires that she continually face her phobia, it resembles, in some ways, the therapy that Prater offers his own patients.

Walker plans to become a pediatrician, and she’s already worked with many young patients afraid to get their annual vaccinations. Her own experience of needle phobia, she said, is a source of empathy that she can draw on to better connect with them.

“Usually I tell them: ‘It’s okay, I get really nervous, too. But I still am going to be a doctor. If I can be a doctor, you can get this one injection,'” she said. “It’s OK to be afraid.”