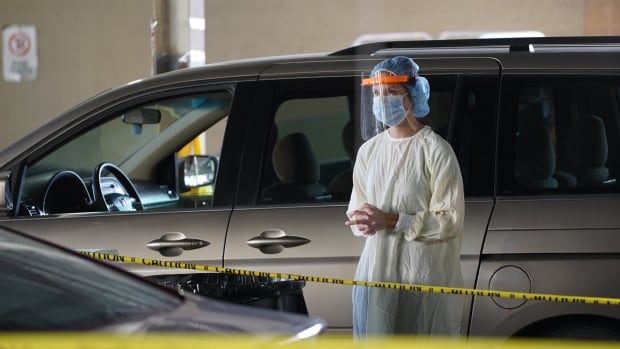 Manitoba may soon tighten its pandemic rules once again, the leader of the province’s vaccine task force cautioned as officials reported the highest daily COVID-19 case count in months.

“I just want to be clear that we are in the beginnings of a third wave in Manitoba. So your actions are critical right now,” Dr. Joss Reimer said Friday, urging people to reduce their contacts, stay home whenever possible and wear a mask when spending time with people they don’t live with — even if it’s outside.

“If we can’t control the transmission of COVID-19, Manitobans may see more restrictions in the days ahead.”

Reimer’s warning came as the province reported 179 new infections on Friday, the highest single-day increase since Jan. 24 — near the tail end of Manitoba’s second wave of COVID-19. The province announced 222 cases that day, which was also the last time it posted a daily increase above 200.

Three more deaths linked to the illness were also announced on Friday, including a man in his 20s from the Northern Health Region, the province said in a news release.

A man in his 60s and a woman in her 70s in the Winnipeg health region have also died, the province said. The woman’s death was linked to an outbreak at Golden Links Lodge. Those deaths bring Manitoba’s total to 949.

The province also announced 37 newly identified cases of more contagious coronavirus variants, most of which are in the Winnipeg health region.

Thirty-three of the new variant cases are the B117 strain first seen in the U.K. Of those, 28 are in the Winnipeg health region, three in the Prairie Mountain Health region and the Interlake-Eastern and Southern health regions each reported one.

Four more of the new variant cases — three in the Winnipeg health region and one in the Interlake-Eastern health region — haven’t yet been categorized as a specific strain, the province said.

There have now been 376 variant cases identified in Manitoba: 332 of the B117 strain, 20 of the B1351 variant first seen in South Africa and 24 not yet categorized.

Most of the new COVID-19 cases announced Friday are split between the Northern Health region, which reported 84 new infections, and the Winnipeg health region, where there are 77.

Reimer said public health staff are watching Manitoba’s situation closely and analyzing the experiences of provinces already in their third waves to figure out how best to respond, especially as cases in Manitoba increase and more contagious variants make up an increasing proportion of them.

“We need to be very cautious as we see these numbers start to creep up, and we don’t want to delay response while we wait to see what happens,” she said.

“It’s starting to become clear to us in public health that these increases over the last couple days are the initial signal that this could be starting in Manitoba.”

A COVID-19 outbreak has been declared at Boissevain School, which has 10 cases, according to the province’s schools dashboard. None of the cases involve coronavirus variants.

The southwestern Manitoba school has been moved to the restricted orange level on the province’s pandemic response system and will switch to remote learning until April 23, Friday’s news release said.

An outbreak has also been declared at the Extendicare/Oakview Place personal care home in Winnipeg.

There are now 136 COVID-19 patients in hospital in Manitoba, down by five since Thursday. Of those, 35 people are in intensive care, up by two.

There have now been 34,969 COVID-19 cases identified in Manitoba since the start of the pandemic, including 32,840 deemed recovered and 1,180 still considered active.

On Thursday, there were 2,474 COVID-19 tests done in Manitoba, bringing the number of swabs completed in the province to 599,622 since early February 2020.