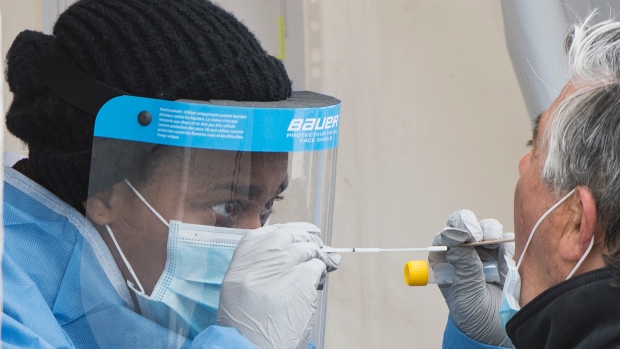 TORONTO — A preliminary study involving 813 Quebec health-care workers who tested positive for COVID-19 has shown that people with the coronavirus could lose their sense of smell and taste for up to five months.

The study was conducted through an online questionnaire where participants were asked to rate their sense of taste and smell on a scale of zero to 10, with higher numbers indicating a greater sense of taste or smell.

Of the respondents, 580 indicated that they had “compromised sense of smell” during the initial stages of the illness. Five months later, 297 said they had not regained their sense of smell and 134 had a “persistent loss of smell” after being assessed with a home test.

“Our results show that an impaired sense of smell and taste may persist in a number of people with COVID-19,” study author and University of Quebec at Trois-Rivieres professor Johannes Frasnelli said in a news release. “This emphasizes the importance of following up with people who have been infected, and the need for further research to discover the extent of neurological problems associated with COVID-19.”

The study was conducted by researchers at the University of Quebec at Trois-Rivieres, University of Laval and the province of Quebec’s institute of public health. It will be presented at the American Academy of Neurology’s meeting in April.

Researchers noted that the study has some limitations, including the subjective nature of the smell and taste ratings and the fact that data was collected at a single point in time.