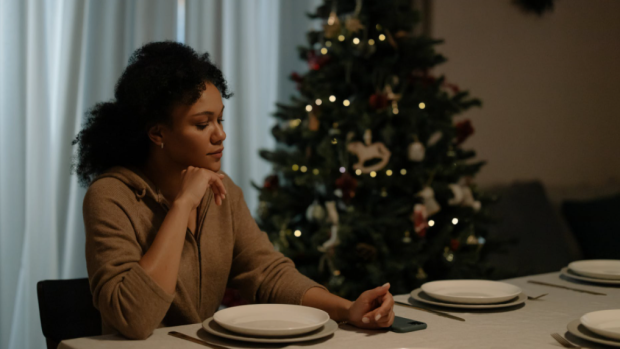 TORONTO — As people spend more time alone this year because of pandemic-related restrictions, a team of Canadian researchers have shown the brains of lonely individuals look different from those who don’t experience loneliness regularly.

According to the study published in the journal Nature Communications on Tuesday, the brain scans of individuals who reported feeling lonely often had distinct characteristics compared to those who didn’t regularly have those feelings.

These distinct characteristics were most evident in an area of the brain called the default network, which is a set of regions believed to be involved in internally directed thoughts, such as reminiscing, future planning, imagining, and thinking about others.

The study’s senior author, The Neuro and the Quebec Artificial Intelligence Institute researcher Denilo Bzdok, said they focused attention on the default network because it is part of the highest integrative centre of the human brain – the most evolved part – that is also most specific to loneliness.

“It’s about the imagination of social relationships that don’t actually exist,” he explained during a telephone interview with CTVNews.ca on Tuesday. “The human brain just makes up social relations in the absence of social interaction.”

Bzdok cited some examples of how lonely individuals use their imagination to come up with social relationships that don’t actually exist, such as someone who talks to their pets often, or they reminisce about past events frequently, or they have an intense relationship with the protagonist of their favourite television show.

“We know that they have all these ways to imagine social relationships that may not actually exist in their environment,” he said.

For the study, the team of academics from McGill University examined the magnetic resonance imaging (MRI) data, genetics, and psychological self-assessments of approximately 40,000 middle-aged and older adults who submitted their information to the UK Biobank – an open-access biomedical database.

Bzdok said the UK Biobank sample set they used had recently been expanded to include 20,000 more subjects – making it the world’s largest data set for this area of research.

After they collected this data, the McGill researchers compared the MRI data of those who reported often feeling lonely and those who did not.

According to the MRI scans of the lonely individuals, the default network was more strongly wired together and the grey matter volume in these regions of the brain was greater.

Because this network is used for remembering the past, envisioning the future, or thinking about a hypothetical present, the researchers said lonely people may make greater use of it because they’re more likely to use imagination, memories of the past, or hopes for the future to overcome their social isolation.

“In the absence of desired social experiences, lonely individuals may be biased towards internally directed thoughts, such as reminiscing or imagining social experiences. We know these cognitive abilities are mediated by the default network brain regions,” Nathan Spreng, the study’s lead author and a researcher at The Neuro (Montreal Neurological Institute-Hospital) of McGill University, said in a press release Tuesday.

“So this heightened focus on self-reflection, and possibly imagined social experiences, would naturally engage the memory-based functions of the default network.”

Additionally, the researchers discovered differences in another area of the brains of lonely people. They found the structure of the fornix, which is a bundle of nerve fibres that carries signals from the hippocampus to the default network, was better preserved in lonely people.

“The fornix is the most important major fibre tract or major cable that provides input into the default network,” Bzdok explained. “The thickness of the fornix does indeed predict the vividness of mental imagery of humans. So we know that this somehow carries information that is necessary for humans to imagine very detailed and rich pictures in their mind.”

Bzdok says the findings are of particular interest at this time of increased isolation and loneliness due to the COVID-19 pandemic.

“Going through an experience of social isolation is likely to show manifestations in the brain,” he said.

This matters, according to Bzdok, because a growing body of research has shown that loneliness in older people can put them at greater risk of cognitive decline and dementia.

And while Bzdok said it’s still unclear if the increased social isolation people are currently experiencing as a result of the pandemic will have an impact on dementia rates, he said there is a close relationship between loneliness and that same part of the brain, which is worth paying attention to from a public health perspective.

“The most important manifestation of Alzheimer’s in the brain is also in the default network. So there is an overlap between the lonely brain, if you will, and what the end stage of Alzheimer’s-related dementia looks like,” he said.