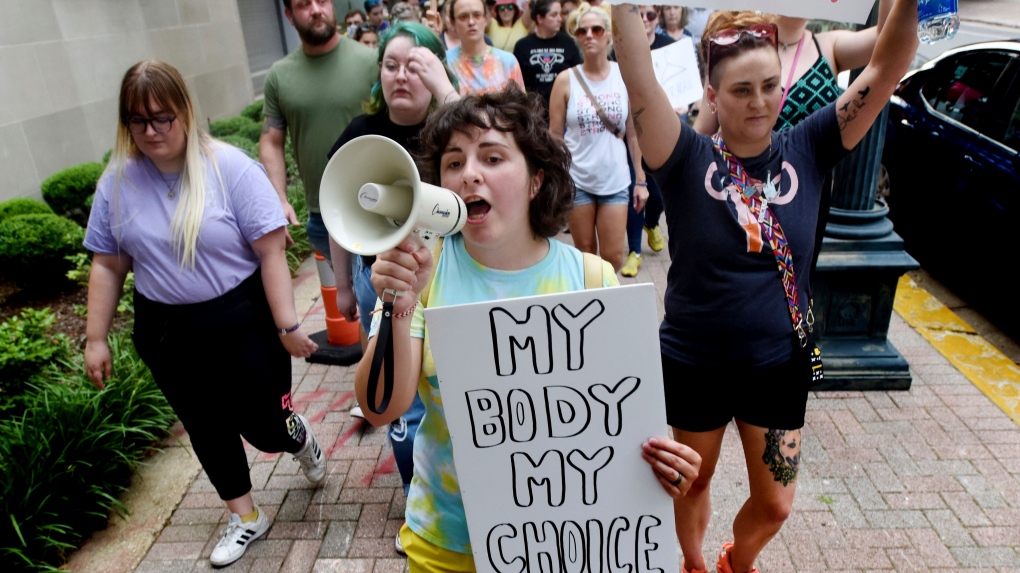 A Florida judge said Thursday that he will temporarily block a 15-week ban on abortions in his state, but his bench ruling won’t take effect before the ban becomes law Friday – an issue that could cause confusion for patients as well as abortion providers.

Meanwhile, a Kentucky judge temporarily blocked that state’s near-total ban on abortions, allowing the procedures to resume after they were abruptly stopped when the U.S. Supreme Court overturned Roe v. Wade last week.

The cases in Florida and Kentucky reflect battles being waged in courts across the country after the Supreme Court said abortion was no longer protected under the federal constitution. The high court left it up to states to decide whether abortion is legal within their borders – forcing attorneys on both sides of the debate to turn to their state constitutions.

Some of the legal disputes involve trigger laws – like Kentucky’s and Florida’s – that were specifically designed to take effect if Roe were to fall. Some involve bans that have been on the books, unenforced, for generations. Other entail prohibitions on abortion that were held up pending the ruling on Roe and are now moving forward.

In Florida, Judge John C. Cooper said Thursday that he will temporarily block the 15-week abortion ban from taking effect after reproductive health providers argued the state constitution guarantees a right to the procedure. Cooper said Florida’s ban was “unconstitutional in that it violates the privacy provision of the Florida Constitution.”

Cooper’s decision, issued from the bench, will not be binding until he signs a written order – which appeared would not happen before Tuesday. That means the 15-week ban will take effect Friday, as scheduled, and the gap in timing raises questions about whether some patients will be affected. Florida’s current law allows abortion up to 24 weeks.

Laura Goodhue, executive director of the Florida Alliance of Planned Parenthood Affiliates, said clinics were still seeing patients and would operate under the law, but the situation was challenging for doctors.

“It’s a lot of unnecessary delays and patients are at the whims of the legal system right now,” she said.

The flurry of court activity has caused confusion in other states as well.

In Arizona, the attorney general said Wednesday that a total abortion ban that has been on the books since before statehood can be enforced, though the governor disagrees and has said a new law that bans abortion after 15 weeks takes precedence. Abortion providers in that state immediately stopped performing the procedure out of fear of prosecution.

In Louisiana, where an abortion ban is temporarily blocked, doctors at a clinic in New Orleans were performing procedures Thursday – in spite of a letter from the attorney general that warned providers could lose their “liberty and medical license,” said Amy Irvin, a spokeswoman for Women’s Health Care Center.

And in West Virginia, Gov. Jim Justice said Thursday that he will call a special legislative session to address the abortion law there. West Virginia bans abortions after 20 weeks, but the state also has a law dating to the mid-1800s that calls for anyone seeking an abortion to be charged with a felony punishable by up to 10 years in prison. The local chapter of the American Civil Liberties Union is challenging it.

Amber Duke, interim executive director of the ACLU of Kentucky, urged women seeking an abortion to call the two clinics in Louisville, noting that one of them, EMW Women’s Surgical Center, plans to resume abortion services Friday. Duke said some women who scheduled appointments outside Kentucky because of the ban may be able to get the procedure in the state – at least for now.

She said since Friday, EMW turned away 199 patients with scheduled appointments – including 14 who were at the clinic when the Supreme Court issued its ruling. She said denying them care was “devastating.”

The ACLU and Planned Parenthood released a joint statement saying they were glad the “cruel abortion bans” were blocked, adding that since last week’s ruling, “numerous Kentuckians have been forced to carry pregnancies against their will or flee their home state in search of essential care.”

Kentucky Attorney General Daniel Cameron, a Republican running for governor, said Thursday’s ruling had no basis in the state constitution and he intends to challenge it “to ensure that unborn life is protected in the Commonwealth.”

In addition to blocking the near-total ban, Kentucky Judge Mitch Perry also blocked a law that attempted to prevent abortions at six weeks of pregnancy. That measure was previously halted by a federal court. Abortion clinics said in their lawsuit that women were being “forced to remain pregnant against their will” in violation of the state’s constitution.

Kentucky’s measure contains a narrow exception allowing a physician to perform a procedure necessary to prevent the death or permanent injury of a pregnant woman. Kentucky Gov. Andy Beshear, a Democrat, denounced the state’s trigger law as “extremist,” noting it lacks exceptions for rape and incest.

Florida’s law contains exceptions if the procedure is necessary to save the pregnant person’s life, prevent serious injury or if the fetus has a fatal abnormality. It does not allow exceptions in cases of rape, incest or human trafficking.

Reproductive health providers challenged the law based on a 1980 state constitutional amendment guaranteeing a broad right to privacy, which has been interpreted by the state Supreme Court to include abortion. The state said the right to privacy doesn’t include abortion rights, arguing that the state has an interest in safeguarding health and protecting potential life.

In a statement, DeSantis said the Florida Supreme Court previously misinterpreted Florida’s right to privacy “because the Florida Constitution does not include – and has never included – a right to kill an innocent unborn child.”

Have you tried accessing abortion services in Canada?

Following the U.S. Supreme Court’s decision to overturn Roe v. Wade, CTVNews.ca wants to hear from Canadians who have had an abortion.

Did you struggle to access abortion services or information in Canada? Was it difficult to secure an appointment?

Tell us your story by emailing dotcom@bellmedia.ca, and include your name and location. Your comments may be used in a CTVNews.ca story.