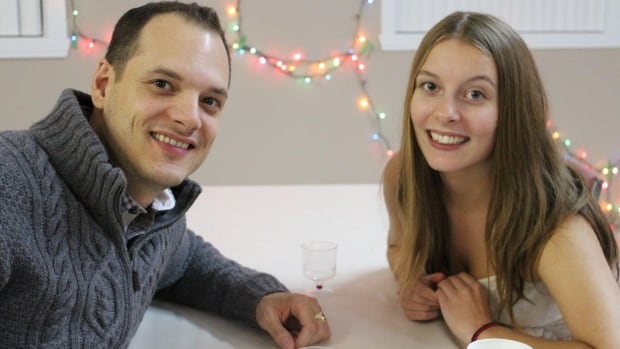 This First Person article is the experience of Dr. Marc Cotran, who until last month was a family physician in Montreal. For more information about CBC’s First Person stories, please see the FAQ.

On April Fool’s Day, I turned in my medical licence. It was no joke.

A sense of deep relief immediately replaced the weight on my shoulders. It was the weight of thousands of stories heard over 18 years of medicine. The weight of empathy and patience, of responsibility to do no harm and of personal sacrifice.

Leaving my practice at the age of 45 is bittersweet. There are things that I already miss, like the privilege of being part of the lives of 2,000 people. I’d made a point early on to take on patients from all walks of life: language, religion, socioeconomic status and, importantly, health challenges.

Being indiscriminate added an extra dimension of challenge, but it was well worth it to discover the richness of Montreal’s people.

However, often I’d leave my clinic in Montreal’s Notre-Dame-de-Grâce neighbourhood exhausted, drained of emotion, unable to form full sentences. I’d come home after midnight to face my partner, children, the dog and the chickens, feeling like I had nothing left to give them.

I felt sorry for short-changing the people I loved the most and tried to convince myself that I was acting out a sense of duty to my community. I knew early on that this could not continue, but braved through it under the false impression that I was in some way irreplaceable.

Never being great at long-term planning, work at my family medicine clinic soon spiralled out of control. I had learned at a medical conference that it’s best to shake your head while saying no, yet I was a hopeless yes man. Before I knew it, I had 1,000 patients. And between 2014 and 2018, that number doubled.

I was healthy, stable and privileged. So many people were not. I should have been able to help them all, right?

The adrenaline rush of a busy clinic always felt as though 50 ropes were pulling me in separate directions. It was a juggling act, but with profound consequences when a ball was dropped.

Between a poor referral network and personnel shortages, I felt compelled to take on the roles of dietitian, physiotherapist, psychologist, nurse and spiritual adviser, to name a few.

But what disappointed me the most is the lack of technological progress in medicine. The app that controls my robot vacuum cleaner is far smarter than the electronic medical record (EMR) system I was forced to use. And I know about apps — I spent seven years building my own records system.

So many times I sat frustrated, begging my USB dongle to contact the mother ship to get results for the patient sitting in front of me — typing my password eight times in a row to finally get a partial response. My partner was exasperated when we would receive, by snail mail, three copies of the same result. Other times, the results never came.

When people ask me what I’m going to do now that I’ve retired from my practice, I have a simple answer: Not that.

Entlistungsfreude is a German word meaning the satisfaction of checking things off a list. In my case, solving one problem seemed to branch into several more, until it became clear that I’d rarely — if ever — get to the freude part. The frustrations of a disjointed system and the difficulty of dealing with a disproportionate number of people with mental health disorders replaced the joy I felt when I started my practice.

I even developed a phobia of taking vacations — the thought of work piling up ruined any benefit that would come from a much-needed break.

Toward the end, I finally managed to stop people from asking their umpteenth question, realizing that if I didn’t hear it, I would not be responsible to answer. This must be how my colleagues stay afloat, and I have a lot of respect for them. But for me, it was too late.

From a young age, my daughter, Kassaundra, wanted to become a vet. I strongly advised her against studying medicine, let alone becoming a family doctor. Imagine my surprise when she told me she was applying to medical school.

Now that she’s a medical resident, I have the considerable honour of nudging her away from the pitfalls of our profession and toward the joys of managing a fulfilling practice.

Perhaps I will recruit the amazing IT talent in Quebec and its dedicated doctor community to try my hand again at building smart tools for Kass, her colleagues and the rest of us patients in this province.

Now, you’ve got my full attention.