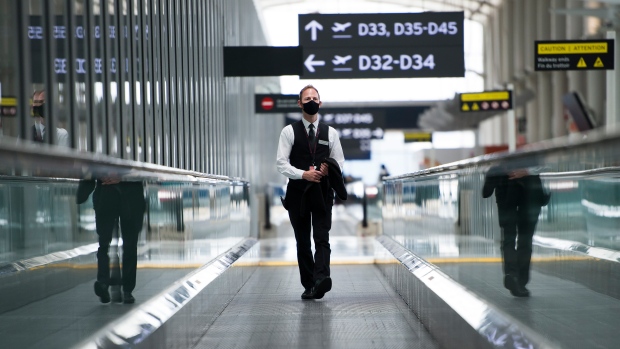 OTTAWA — Canada’s most highly occupied points of entry will see an increase in the presence of public health officials performing health scans as international travel ramps up following months of restrictions.

The Public Health Agency of Canada (PHAC) is deploying officials to 36 “high-volume” border crossings, where they will conduct routine COVID-19 checks to prevent future outbreaks on Canadian soil.

“An increased presence of PHAC officials is being implemented at 36 high-volume points of entry, including air and land, that see 90 per cent of current incoming traveller volumes,” said PHAC spokesperson Tammy Jarbeau in a statement to CTVNews.ca

This process started eight weeks ago and is ongoing, said Jarbeau.

“All ports of entry, including airports and land borders, have 24/7 access to Quarantine Officers through a telehealth Centralized Notification System,” she said.

At the same time, the Canada Border Services Agency (CBSA) is temporarily reducing its presence at 12 land and eight air points of entry while “deferring the seasonal opening” of one marine crossing and “deferring the shift to seasonal hours of operation” at another land point of entry.

“These COVID-19 related measures are temporary and in effect as of July 3, 2020 at 11:59 pm EDT. They will remain in effect until further notice,” reads a government press release issued last week.

This as the CBSA reports an increase in those travelling by air into Canada from the end of May to the end of June. According to their data, the number of arrivals between May 25 and May 31 was approximately 16,900, and increased to more than 34,700 during the last week of June.

However, compared to 2019, volumes are still significantly lower: air travel during the week of June 22 to June 28 was down 96 per cent compared to the year prior, while land travel dipped by 87 per cent.

According to the CBSA website, all travellers entering into Canada must self-isolate for 14 days if they have symptoms or a confirmed case of COVID-19, and quarantine for the same time period with no symptoms. Since March 31, new arrivals have been expected to provide contact information to border services about their whereabouts during these two weeks.

“This information is collected on behalf of Public Health Agency of Canada to support their compliance and enforcement of the 14-day quarantine or isolation requirement outlined in Order in Council 2020-0524,” the website states.

Enforcement of this rule is managed through the ArriveCAN app.

Company to pay US$60M for deceptive marketing with pelvic mesh

A better alternative to phthalates?